Housed within Hilton London Bankside and just a stone's throw from the Tate Modern, OXBO is a venue that's ideal for low-key dinners. Although head chef Ollie Couillaud is known for creating award-winning four-course brunches or Sunday specials, he has also whipped up an a la carte menu touting French, Eastern and British flavours. Did it hit the spot? Read to find out. 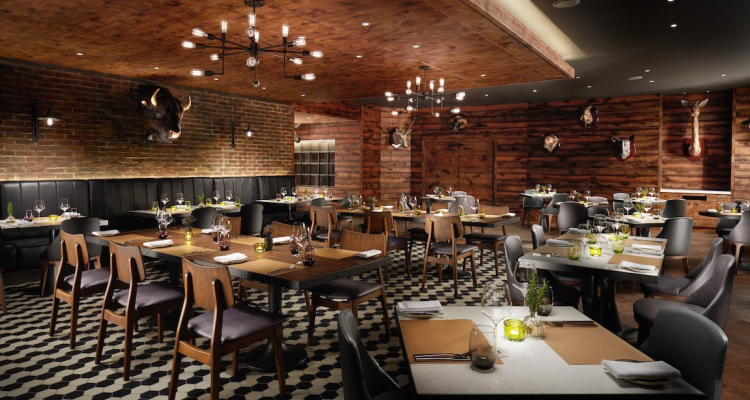 After making our way through the revolving door and the hotel lobby, we were met by an open space boasting sultry vibes. Even though the restaurant was a little quiet, (it was a Thursday evening) it had a cosy feel. Think exposed brick walls, quirky checkered flooring and a plethora of large and small tables suitable for all occasions. After being seated by the window and looking through the menu, my date enjoyed a glass of full-bodied Argentinian Pascual Toso malbec (£9.50), while I sipped on a dry glass of Misty Cove sauvignon blanc (£9.50) with lovely notes of citrus.

For starters, we opted for the hearty minestrone (£8) topped with a generous helping of creamy goat's cheese, fresh pesto and crunchy focaccia croutons. This had a lovely depth of flavour and felt like a hug in a bowl. Followed by the warm spring vegetables (£10), including a nice variety of asparagus, carrots and potatoes, which were covered in a sharp fig leaf vinegar, alongside a tasty truffle mayo. Although, what made this dish really pop was the crispy egg, which oozed over the greens. Yum. 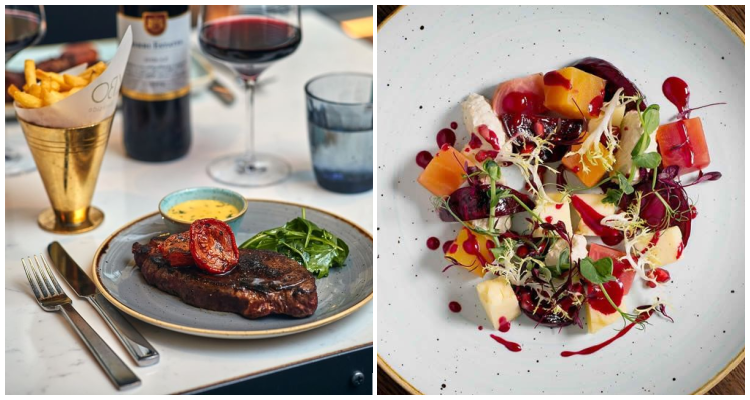 It would be a huge mis-steak to not go for the meaty mains.

As for mains, my carnivorous boyfriend sunk his teeth into the grilled sirloin steak (£32), complemented by crisp baby leaves, peppercorn sauce and perfectly salty French fries. This high-quality cut was nicely seasoned, and was so tender that it melted in the mouth. I chose the medallions of monkfish (£26), with grilled asparagus and crushed purple potatoes. This dish lacked a little pizazz for me, and I felt as if the ratio of veg to fish wasn't too great, considering the monkfish was supposed to be the star of the show.

Last, but certainly not least... the desserts. We decided on the indulgent hazelnut coffee crunch (£9) accompanied by a vanilla mascarpone cream, slightly bitter caramelised hazelnuts and a rich gianduja ice cream. Followed by an oh-so-moist olive oil cake (£9), which was one of the best puds I've had in a long time. This was topped with a moreish white chocolate mouse, a delicious strawberry crémeux with a nice garnish of honeycomb for that added crunch. These both were well-balanced and really impressed. 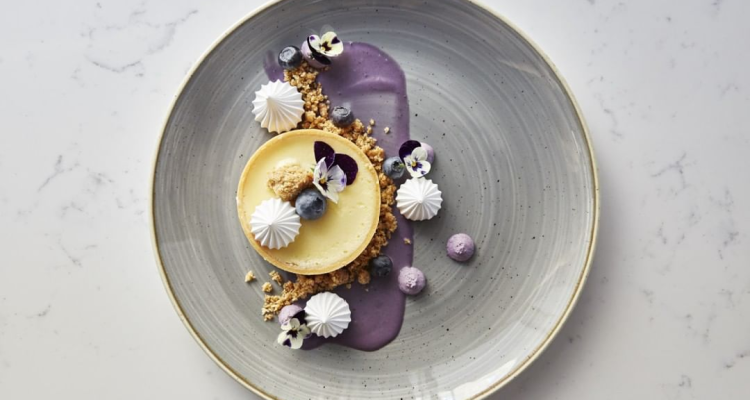 I really enjoyed the atmosphere at OXBO, as it was a nice escape from the hustle and bustle of Central London. I liked the simplicity of the menu and that there's a focus on fresh ingredients. Although, I do feel as if the mains were a little expensive, considering there are quite a few laidback spots in the city that offer similar dishes at a more affordable price point.

Worked up an appetite? Check out our guide to the best steak restaurants in London or sign up for our newsletter here for all the latest news and reviews.