One can assume that a trip to Mayfair will always be a treat, especially when your usual stomping ground is somewhere more, lets say, charmingly affordable? (No disrespect Shoreditch, you know I love you.) The renowned fine-dining district doesn’t let any old eatery set up shop, after all, it’s got a reputation to uphold, and those expecting a little Mayfair magic won’t be disappointed by its newest Asian offering, Manthan. 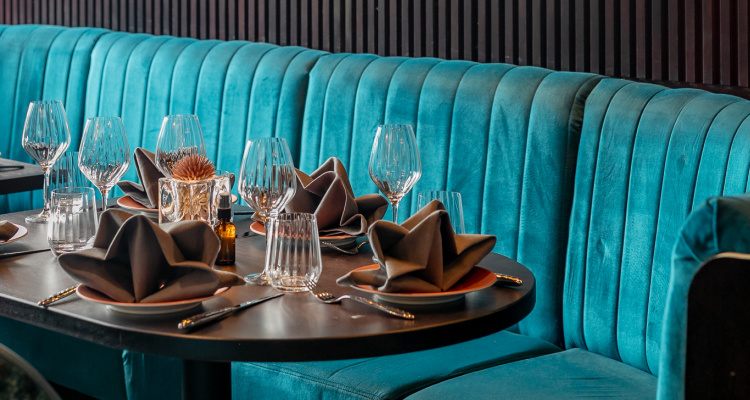 The decor at Manthan oozes luxe.

It seems the new kid on the block has a way of stealing our attention despite having to compete with the exceptional Indian restaurants already on the Mayfair scene, with much of its accelerated success deservedly credited to the Michelin starred chef that’s responsible for its opening. With Manthan being the 19th restaurant he’s put his name behind to some extent (including foodie powerhouses Gymkhana and Hoppers) Rohit Ghai sure knows by now what the people want. In this case? It’s a luxe-looking yet deceivingly pocket-friendly shrine to the home-cooked dishes that he grew up with alongside takes on Northern Indian street food, introducing London to a side of Indian cooking that’s a little less familiar but just as crowd-pleasing as the classics.

As soon as you walk through the front door, it’s clear this place settles for nothing less than perfection. Everything was visually stunning, from the plush velvet teal booths and wall art right down to the marble tables and decorative crockery (and you might want to take your phone to the bathroom… there’s an elaborate gold swan tap just waiting to be featured on your Instagram stories). Seductively dark wood and dim lighting makes this one for date night-worthy ambiance. 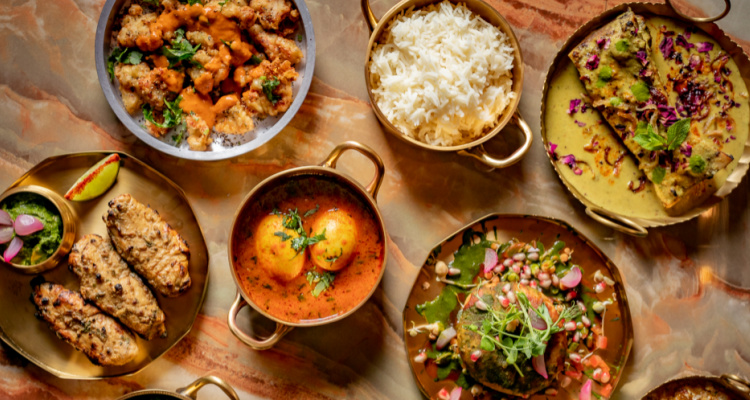 It's all about Indian fine dining here.

We kicked things off with two drinks from the Pan-Asian cocktail menu (all £12). The Samudra was one of the signatures; a heady blend of tequila, velvet falernum, blue curacao and fire tincture for a bit of heat. I chose the Disha from their selection of gin-based sips, which was more on the fruity side and provides a pleasantly light buzz with roasted pineapple soda making up the body of the drink.

We then set our eyes on the food menu and I was immediately drawn to the coconut masala prawns and buttermilk chicken (both £12). Luckily my dinner date had the same idea so we ordered both to share. The pungent aroma of the dishes hit before they’d even arrived at the table, which happened to be a running theme of the evening. Both the chicken and prawns had a crispy battered exterior, a punchy flavour and the meat itself was as soft and succulent as you could imagine. Large portions meant you could share and still consume a satisfying amount of each dish without feeling the need to scramble for the last piece. 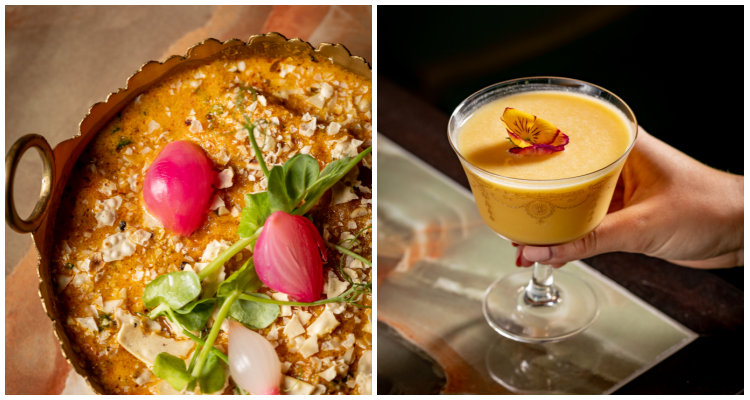 Cocktails and beaut plates are all on the menu here.

The mains were split into two categories, with one list containing curry-style dishes and another section for grilled dishes. We picked a dish from each, which were the osso buco (£18) and lamb chops (£20). The former was one of the most decadent curries I’ve had, with a rich textured sauce coating pull-apart cubes of lamb. The lamb chops, like everything else, were spiced and seasoned to perfection with the predominant flavours of cumin and mint coming through without being overpowering. We also paired the mains with plain rice (£5) and their flakey tawa paratha (£4).

It’s a good thing that this is a menu designed for sharing, because I don’t think you could be within arm's length of any of the dishes without being tempted to reach over for a taste. The quality of the menu paired with the glamorous interiors will make you think there’s actually something missing from the bill after you’ve seen the price, and as all my fellow eagle-eyed cheapskates will know, it’s usually the other way round…

For more gorgeous Indian restaurants in London, check out our guide here.

Hotal Haunts & Stunning Sips: Inside One Of The Best Rooftop Restaurants In London

Hotal Haunts & Stunning Sips: Inside One Of The Best Rooftop Restaurants In London