Recent opening Mano Mayfair is the brainchild of Romain Fargette, who is behind a range of restaurant-club concepts in the South of France, and entrepreneur, Alexis Colletta. Hoping to take on the London restaurant scene with 'fun dining', a twist on fine dining where you get much of the same quality, but twice the party, they got Luciana Berry on board - an award-winning chef and MasterChef semi-finalist. How would they fare creating a fusion menu capturing the adventure of Brazil and the refined elegance of Japan? I went along for a mid-week meal to find out. 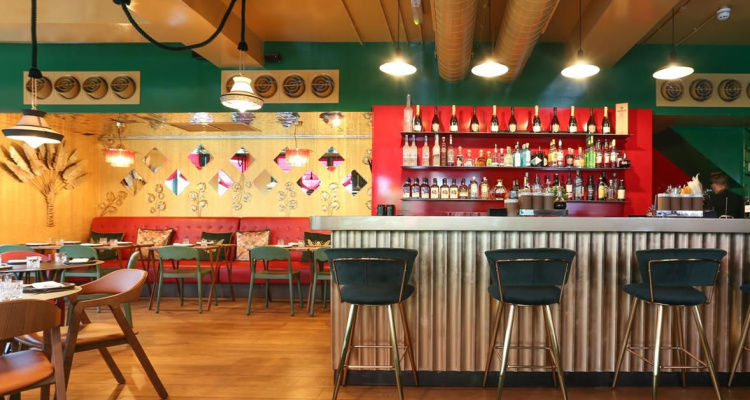 When you round the corner off Regent Street onto Heddon Street, it's fair to say you wouldn't miss Mano Mayfair a mile off. Decked out in plenty of foliage and fronting blaring house music, this restaurant is anything but boring, but we were surprised to see it empty other than one other table. As the eatery angles itself towards more of the late-night and weekend crowd, thanks to its Thursday to Sunday evening DJs, we were undeterred by this; happily settling down to eat among the red, green and gold decor. From jungle murals to a playful opulence and 60s St Tropez glamour, this spot nails a totally unique look that's perfect for your 'Gram feed.

Kicking off our experience were cocktails: the palm cha (£15) for me and a palomano (£15) for him. Mine was packed full of tequila, while brimming with sweet strawberries and honey. Still, it was earthy thanks to matcha and boasting aromatic elderflower notes from the St Germain, alongside a touch of bitters rounding off the flavour. Mwah. And yet, I still had some drink envy, as my partner's guava-infused tequila tipple was also a tropical delight of sour grapefruit, tonic water and agave syrup. 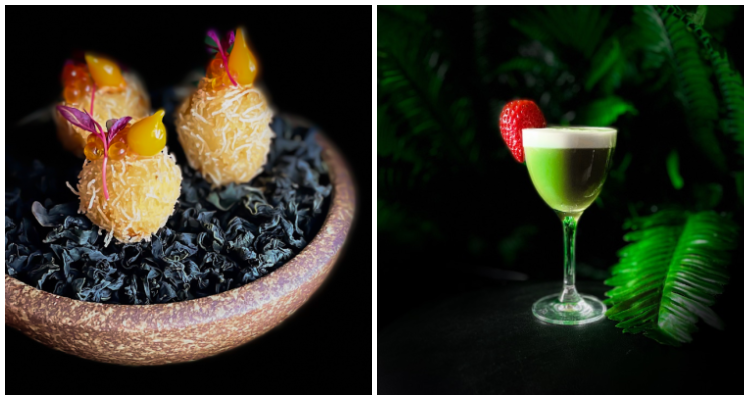 The food and drinks here are just as vibrant as the dining space.

Starting our appetisers were salted cod croquettes (£9) topped by karashi mayo and cassava chips with Japanese mayo (£6.50). The former had a spicy kick and came beautifully presented on stones, while the latter needed another flavour to balance the wasabi in the sauce, although both were a little dry on the whole. My favourite of our snacks? The Brazilian cassava cheese dough and black truffle (£12) took the crown by a long stretch. One of Luciana Berry's signatures, which was also dedicated to her son, this dish featured rich, pillowy balls of goodness that make a surprisingly good pairing for fruity cocktails.

Next up: the sushi. This classic Japanese part of the menu features the impressive looking Mano Platter (£180 for the whole thing), of which we had a sample of the salmon sashimi (£16) and nigiri (£16), alongside the tuna (£20 and £19) versions too. It's hard to go wrong with the classic combo of fresh fish that's dunked in soy and finished off by a little sushi ginger, but the rice was under-seasoned. In general, I think these pieces needed a little more pizzazz, like their sesame-seared and caviar-topped counterparts on the full menu, to be worthy of inclusion in such a pricey and showy sharing plate. 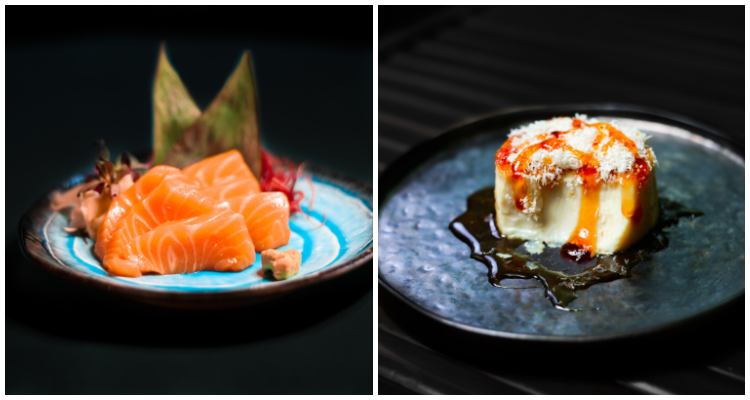 For our main, the picanha (£25) was a hit. This delicious rump cap of beef was smothered in yakiniku sauce, deliciously tender, and ready to be dunked in farofa or chilli salsa. Delish. What surprised me most was dessert; a gloriously sweet, yet savoury, Brazilian coconut creme caramel (£8), topped with Brazil nuts and doused in a salted miso sauce. I'd say this was the restaurant's greatest success in both flavour and its fusion element.

Having delayed opening a number of times, I was hopeful that Mano Mayfair would've really delivered on their Brazilian-Japanese dishes. However, considering the bits I tried, food here is hit or miss. This venue is, perhaps, better suited for cocktails and a light bite while listening to the DJ. Or, maybe only really splashing the cash will get you the full dining experience.

If you like this, take a look at our guide to Brazilian restaurants or sign up to the London newsletter.