Cooler months means different things; for some, it’s fireworks and mulled wine, and for Christmas galore. But we can all agree that the autumn and winter are really about one pastime: keeping cosy. It's time to put on a pair of sturdy shoes and start marching, because there's an abundance of country paths and circular trails around the city to get you moving before stopping off for a pint by the roaring fire. Calling everyone who fancies a brisk stroll with the pup and some beautiful scenery, we’ve rounded up 10 of London’s best winter walks (and the nicest pubs to finish at, obviously).

Finish at: The Old Ship

As the largest of London’s Royal Parks, Richmond Park is perfect for pretending you’re rollicking around in the countryside. Start at Mortlake and walk down Sheen Lane until you reach the park, and then from there, it’s up to you how far you go with plenty of paths to follow. If you’re up for it, the Tasmin Trail goes around the entire perimeter and is just under 7.5 miles, though we suggest cutting it short when you get to Sawyer’s Hill and aiming for The Old Ship, a Grade II listed pub which whips up a huge plate of fish and chips and has an outdoor courtyard. 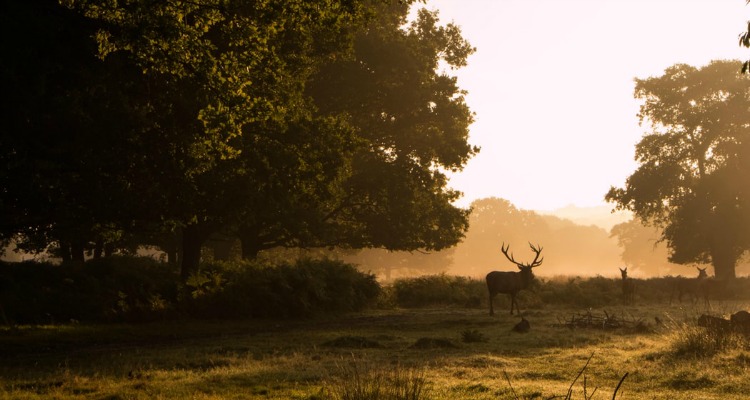 London's largest park also has a wealth of wildlife, including the famous deer.

Finish at: The Holly Bush

Hampstead Village isn’t just good for deciding which mansion you’re living in once you finally find that caring, thoughtful, and good looking sugar daddy - it’s also got one of London’s cutest pubs. Tucked up a steep little lane, The Holly Bush is a tiny boozer with oak beams, rickety chairs and a Sunday roasts which comes with Yorkshire puds big enough to wear as a hat. Work for your tatties by catching the tube to Highgate and heading to Hampstead Heath via Hampstead Lane. Oh, and did we mention they're dog-friendly?

The Holly Bush is cute inside and out, with traditional pub decor and rickety tables.

If you fancy adding a little extra wonder to your winter walk in London, Walthamstow Wetlands is a fabulous spot for spotting wildlife. Having been named a Site of Special Scientific Interest, this place is a renowned for overwintering wildfowl, invertebrates and differing species of bats and amphibians. One you're done snapping pictures of the local residents, make way for the infamous beer mile where the likes of Big Penny Social and Exale Brewery await. 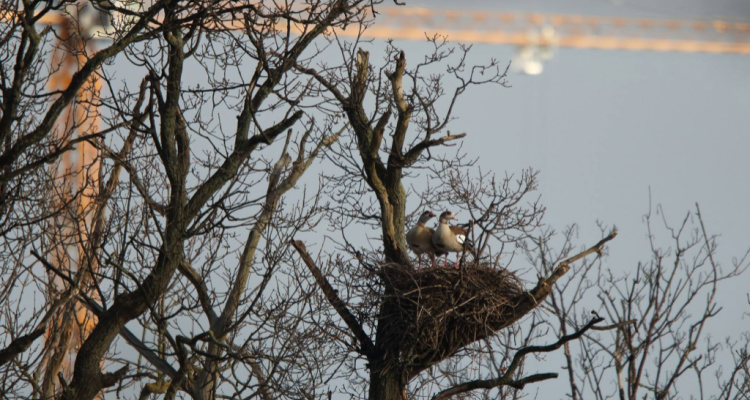 The best winter walks near you? Exale Brewery is one cool place for a post-walk pint.

Something a little different: Highgate Cemetery

Finish at: The Gatehouse or The Spaniards Inn

Part of the Magnificent Seven, Highgate Cemetery is one of our favourite country walks in London for its gothic charm. Stretched across two sites on either side of Swains Lane, this unusual escape can be found nestled beside Waterlow Park, and much like others in the renowned collection of burial spots, it became a fashionable place for the city's must elite figures to be put to rest. Stretch your legs while searching for the likes of Karl Marx and Douglas Adams before heading to the nearby The Spaniards Inn or Gatehouse for one of their famous lunches. 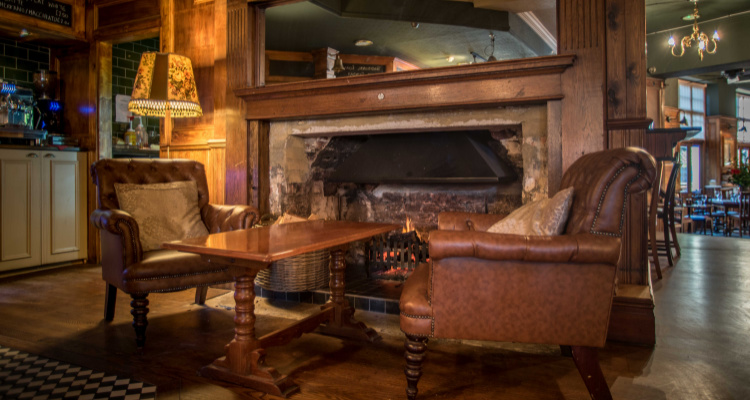 Curl up by the fire at The Gatehouse after exploring Highgate Cemetery.

Finish at: The Coach & Horses Kew

Kew Gardens transforms into a winter wonderland whenever there's a cold snap. So, if you're looking to get temperatures rising, take your beau to this hotspot for romantic walks in London, where blankets of snow add a sense of whimsicality to your stroll and the tropical palm house offers heated refuge. Afterwards, pay a visit to The Coach & Horses, where hearty British comfort food and steaming hot cups of mulled wine are waiting to be tasted. 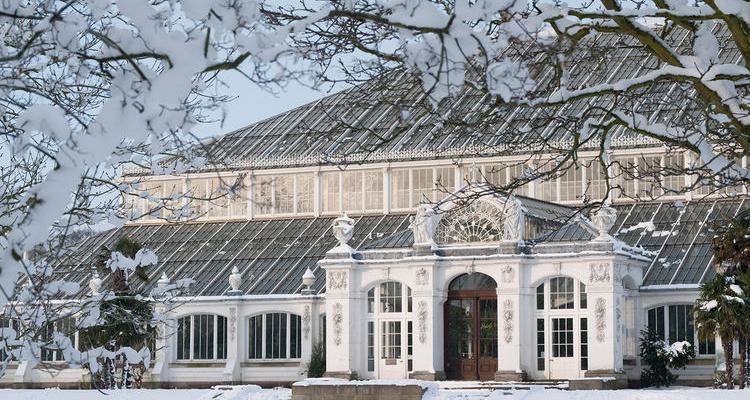 Enjoy picturesque scenes and beautiful walks at Kew Gardens this winter in London.

Dashes of culture: The Line

Somewhat of a marathon walk (totalling around three hours), The Line is London's first public art route. Featuring work from Damien Hirst, Anish Kapoor, Eva Rothschild and Anthony Gormley, the trail takes you from Greenwich all the way up to Stratford, or vice versa. Not only will you get to soak up a little culture and take in views of the river, but you can even travel on the Emirates Air Line while you're at it. Then when you're in the mood for a little pick-me-up, keep things quirky with a trip to Barge East for European bites on a boat.

Finish off a unique night out with a trip to the oh-so quirky Barge East.

Finish at: The Kings Head or The Swan

Taking you though St James’s, Green Park and Hyde Park and Kensington Gardens, The Diana Princess of Wales Memorial Walk is one of the best circular walks around London. Make your way through some of the capital's most iconic areas, with Canada Gate, The Albert Memorial and The Italian Gardens all dotted along the seven-mile route. All of that sightseeing made you peckish? Stop off at The Kings Head in Mayfair where toad in the hole, ribeye steaks and chicken pies are sure to warm your cockles, or push through to Paddington where you'll end on ales and gastro grub at The Swan. 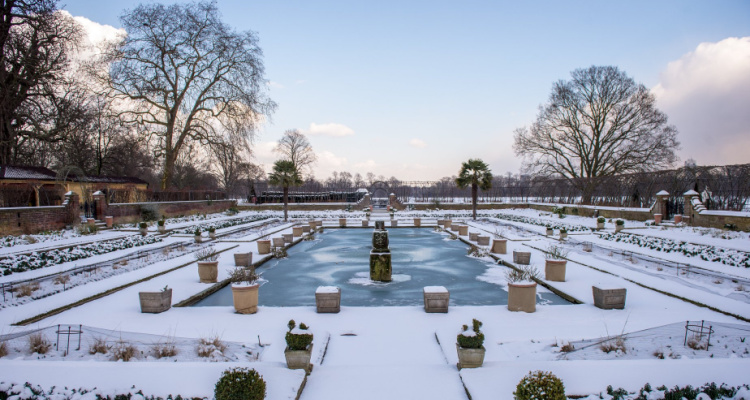 Wondering where to go out today? Soak up some royal history at this Central London winter walk.

For a bit of history: Greenwich Park

Finish at: The Gipsy Moth or The Cutty Sark

Can you call yourself a Londoner if you’ve never been to Greenwich park? It’s got everything you need for this city’s starter pack, from gorgeous views across the capital through to the selfie-perfect Greenwich Mean Time line. For a slightly different route, begin at Blackheath and tackle the park from the back, stopping at The Royal Observatory, National Maritime Museum and Old Royal Naval College. Bring your dog along and reward yourself at The Gipsy Moth's cosy beer garden or head to The Cutty Sark; named after the famous ship. 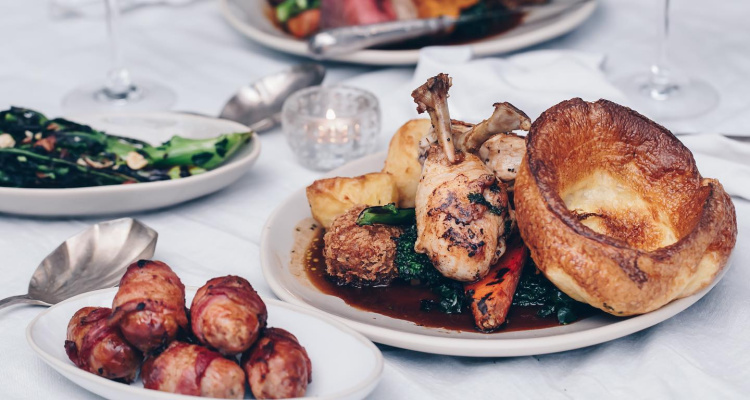 Old world charm and river views are the perfect reward after a stroll through Greenwich.

A secret side of London: Hackney Wick to Angel

Finish at: Arepa & Co or The Narrow Boat

London’s canal network is a beautiful backdrop to stretch your legs. Start at the Hackney Wick overground, turn left down Hepscott Road and again along Rothbury Road, walking until you reach the steps before the bridge. From here, you’ll meander Hertford Union Canal, past Victoria Park, taking a right at Stoneway Walk, from which point, you're on one path to Angel. It’s around four miles, with an abundance of foodie stop-offs, including Arepa & Co (try their corn pancakes with pulled pork); Barge House (breakfasts served in an entire loaf of bread), or The Narrow Boat (hello, cheese fondue).

From colourful graffiti to canal barges, this is one of London's quirkier walks.

London’s best sights: along the Thames

Finish at: That's for you to decide...

While most people associate walking with rolling green hills and leafy forests, London has got a beautiful ace up its sleeve. Sure, you will have to brave street performers, lost tourists and aggressive joggers, but the Thames is worth it. The length of walk is entirely up to you; we suggest heading to Rotherhithe and marching westwards. There’s tonnes of stops along the way, with classic pubs such as The Horniman at Hays, The Market Porter, The Old Thameside Inn and Swan at the Globe supplying classic grub and real ales, while Telephone Exchange welcomes dogs. 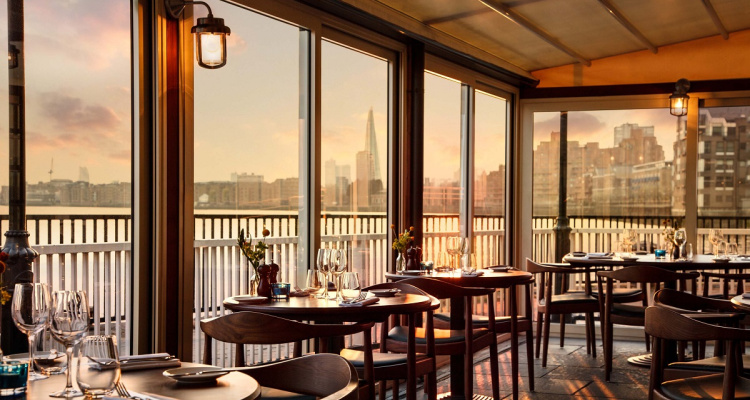 Brave the joggers and gazillion tourists for some of London's most iconic landmarks.

For more winter inspiration, check out our guide here.