London’s got quite the musical past, and don’t we know it. Our streets have been graced by Hendrix, our studios by the Beatles and the Stones, and our venues at the centre of punk, glam rock and Britpop… all of which has been heavily documented. So, we wanted to go deeper than Abbey Road. From the pub where David Bowie hosted folk music nights to the SU where Nirvana brought grunge to the capital for the first time, these are some of London's lesser-known rock music locations.

In 1996, a figure with spiked hair and darkened eyes darted around an abandoned tube station with his band to create one of the most influential mash-ups of rock and electronic music the country had ever seen. Of course, it could be none other than Keith Flint and his band The Prodigy, who chose Aldwych tube station to be the location of their music video for the single ‘Firestarter’. This was one of the first times the general public had seen the notorious performer, whose striking resemblance and riotous ethos remain iconic to this day. 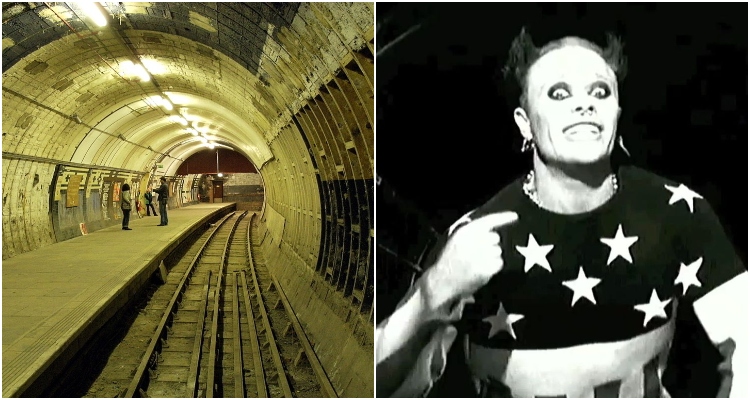 The abandoned tunnels of Aldwych tube station became the location for an iconic music video.

Camden is famed for its punk rocker aesthetic but one of its local pubs also happened to be at the centre of another musical movement. The Good Mixer on Inverness Street is one of Britpop’s most important locations, where Elastica signed to Deceptive Records and the band Menswear formed. It’s also the place where an infamous rivalry between Blur and Oasis started, triggered by one of the Gallaghers insulting Blur’s Graham Coxon by saying, “Nice music, sh*t clothes,” setting the framework for a bitter battle across headlines. 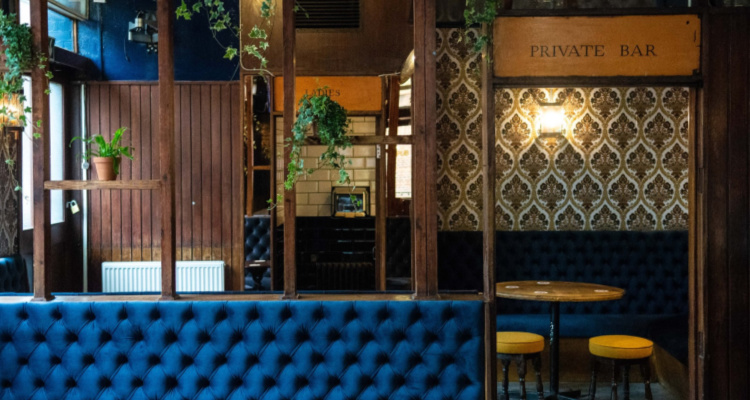 This Camden pub was the centre of Britpop and a bitter rivalry.

In 1995, Pulp released the track ‘Common People’, a sarcastic glance at the idea of posh people roughing it and hanging out like tourists around common folk. And to accompany? An equally satirical music video in which frontman Jarvis Cocker and the actress Sadie Frost are flirting on the light-up dancefloor of Stepney’s Nightclub. Located within the George Tavern on Commercial Road, the venue still has all its original 1970s decor and was described as a ‘cultural icon’ when it came under threat of demolition in 2007. 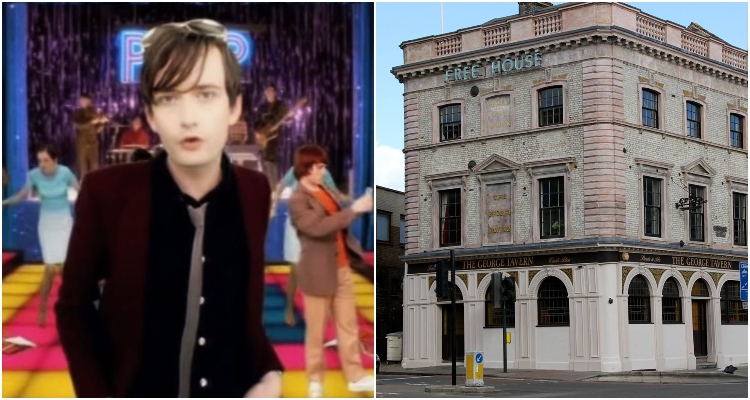 Stepney's Nightclub could be found at the back of the George Tavern, a legendary music location in London.

On the 27th October 1989, a Seattle band by the name of Nirvana finished off a brief stint of touring the UK at the SOAS Student’s Union. At the time, the group had been largely contending with shoegaze fans in cities such as Manchester and Newcastle who hadn’t really responded to their signature grunge sound. But in London? Nirvana were met with crowd surfers that spent most of the night attempting to bomb the stage until Cobain finished the performance by setting off a load of fire extinguishers. 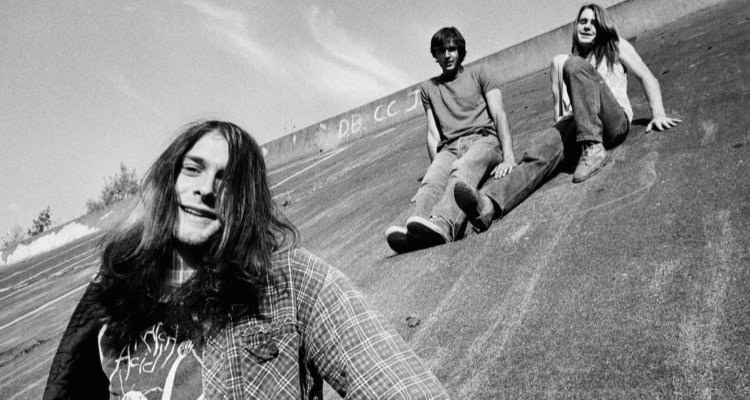 Grunge? London hadn't really heard it until Nirvana played at SOAS in 1989.

Way before he became David Bowie, a young Davy Jones was living in Beckenham with his friend Mary Finnigan. As a way of showcasing their talents, and to make a little money, the duo started The Folk Club at The Three Tuns pub, which later morphed into the Beckenham Arts Lab. According to Mary, David gave up on it because he became disillusioned with the clientele, who he said ‘only wanted to be entertained’. In 2001, a plaque commemorating his involvement was hung outside the venue which is now Zizzi’s. 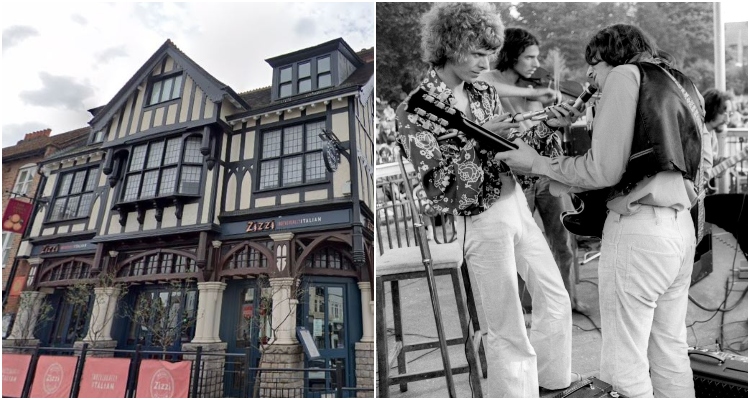 According to official biographies, Bob Dylan’s first visit to London in 1962 had a tremendous effect on his music. During his travels, Dylan was given no instruction other than to seek out 'Anthea at The Troubadour' who organised regular folk music nights at the Earl’s Court bar and music venue. He would spend time sitting at the back of the room, soaking up performances by local artists, and eventually taking to the stage himself under the guise of Blind Boy Grunt one Christmas, which was greeted with great derision. 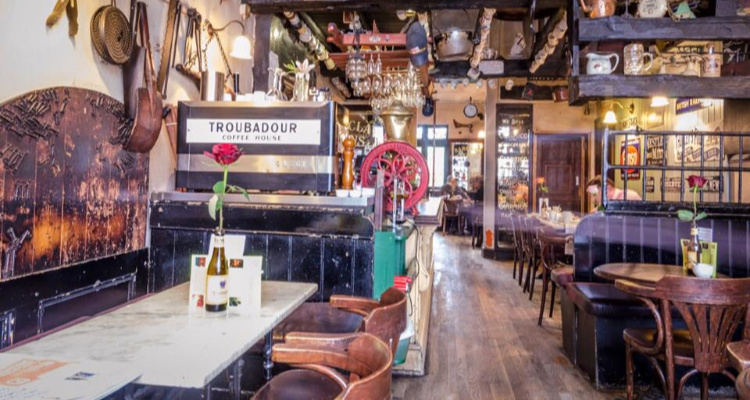 The Troubadour was the first place Bob Dylan sought out when he came to London.

By 1975, the term punk had already been coined to describe the music Sex Pistols had been performing in pubs across London. At the time, Joe Strummer was in a band called the 101’ers which supported the Pistols at The Nashville Rooms (now Famous Three Kings), while his future band members Paul Simonon and Mick Jones watched over. After witnessing the raw energy exuded by Sid Vicious, Johnny Rotten and co, Strummer knew his career with the 101’ers was over and punk was his calling, triggering the formation of The Clash. 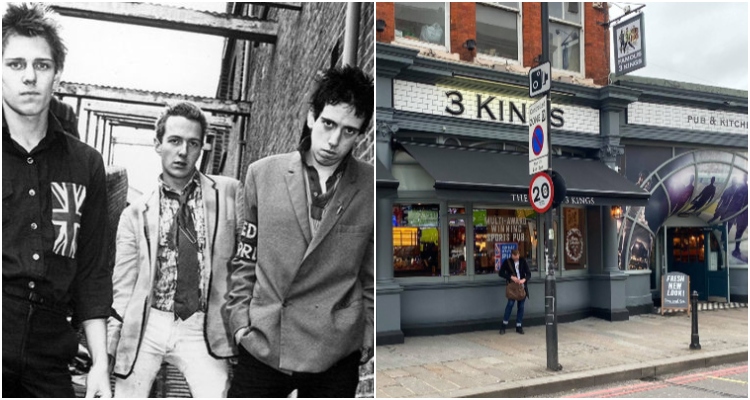 The Nashville Rooms was where Joe Strummer decided he would form The Clash, triggered by seeing Sex Pistols.

Want to know about the past lives of London's most notorious clubs? Head here for the scoop.