One thing that London is really, really good at is beer. Whether it's making it or drinking it, it's something we excel at. And did you know that in King's Cross there's a number of fabulous independent breweries and taprooms? Well, now you do. Even better, we've rounded them all up for you so that you can make the most of them ASAP. Without further ado, here are the hidden breweries of King's Cross that you need to discover.

One of the best King’s Cross breweries you’ll come across is this boozin' hotspot. Found on Tileyard Road, Two Tribes Brewery & Campfire Taproom is a chic hub for all things creative, shining a light on delicious beer, fantastic food, artwork and music. And as it's centred around an open-fire pit, expect chefs serving up mouthwatering BBQ goodies to the sounds of live bands and DJs. When it comes to drinks, there’s a gobsmacking 15 different kinds on draught, including a range of lagers, craft ales and more. 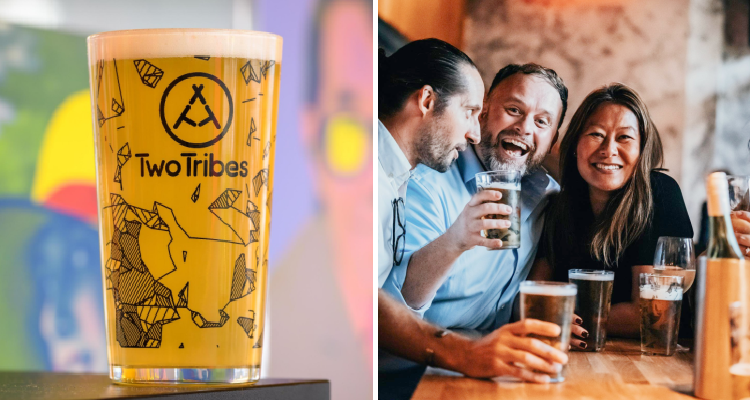 This place has also been known to do collab tasting menus with big-name chefs.

After starting out life on an old Australian crocodile farm back in 1999, Little Creatures’ craft beer garnered popularity across the world. And now? They have a brewery and taproom in King's Cross. Nestled on Regent's Canal, the place is decked out with long wooden tables, leather booths and trendy artworks; it’s the ultimate hangout for freshly poured pints of all the hoppy beverages you know and love, as well as some special, seasonal brews. And you won't be going hungry either, as you can tuck into perfectly paired junk food, such as pizzas, burgers and loaded fries. 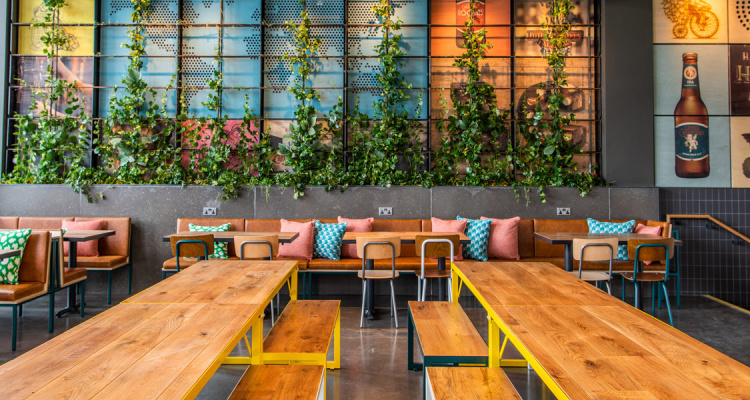 Head to this spot to sip on Little Creatures, Fourpure and Magic Rocks.

While Hammerton Brewery originally started business in 1868, it sadly stopped in the 1950s. But like a phoenix from the ashes, it was resurrected in North London back in 2014 after a beer-loving descendant decided to revive the family name. From its taproom, you can sample its main range of brews, as well as special edition and seasonal creations. Boasting indoor and heated outdoor seating, this is a top spot to enjoy a couple of drinks whatever the weather. As for food? Chow down on freshly baked sourdough pizzas and tasty sandwiches. 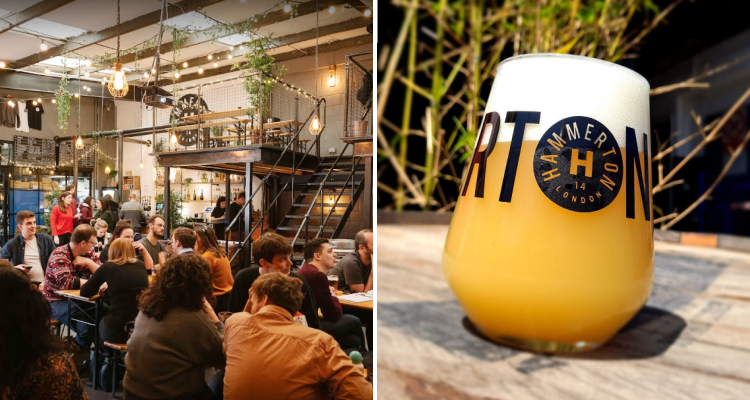 We highly recommend you try this brewery's award-winning pints.