The brainchild of restaurateur Claire Su, Issho-Ni has gained an impressive reputation over recent years for its novel take on Japanese cuisine. With head chef Eduardo Aguiar (Roka, Kiri, Chisou) overseeing the kitchen, the space has garnered rave reviews from food writers and amateur eaters alike - and it was only right that I should be next to join them. 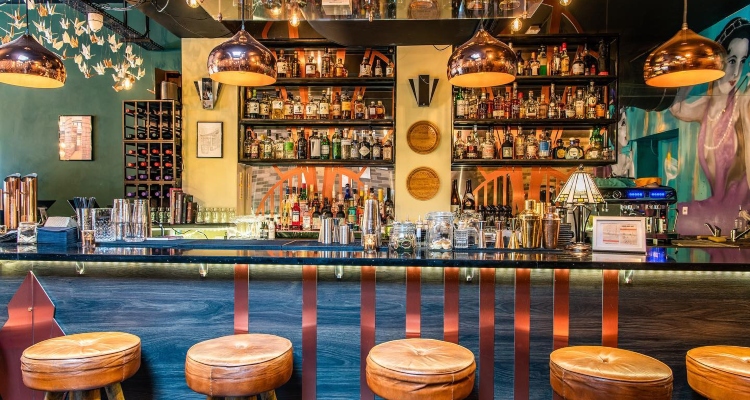 This East London sushi restaurant is must for lovers of Japanese food.

A wash of deliciously cold air surrounds us as we step in from the street. It’s the first big Saturday of the summer and Bethnal Green Road is a 27-degree mess of sticky pavements and stickier people. With most of East London out skulling ciders in the park, the restaurant is filled by just a handful of diners, their tables stacked with icy cocktails and immaculate plates.

While it’s never good to peak too early, our first dish of butterfish tataki (£9.20) provides the highlight of the night immediately. Supple slices of silver sashimi come doused in a truffle ponzu dressing so deeply flavoured you’d think they’d infused it with Bovril. It certainly holds its own against a plum and chocolate negroni (£9), the citric sauce cleaving cleanly through the cacao and umeshu-laced cocktail.

Their signature Our Roll (£12) promised an ambitious bite of salmon, tuna and seabass wrapped up with takuwan and cucumber and topped with caviar, salmon skin and truffle mayo. The maki was exceptionally executed, but with so many elements competing for tastebud space, it’s difficult to find a defining flavour among the melee. By contrast, the simplicity of the spicy salmon maki (£8.20) and crunchy duck yolk calamari (£8.90) made their punchiness all the more impressive. 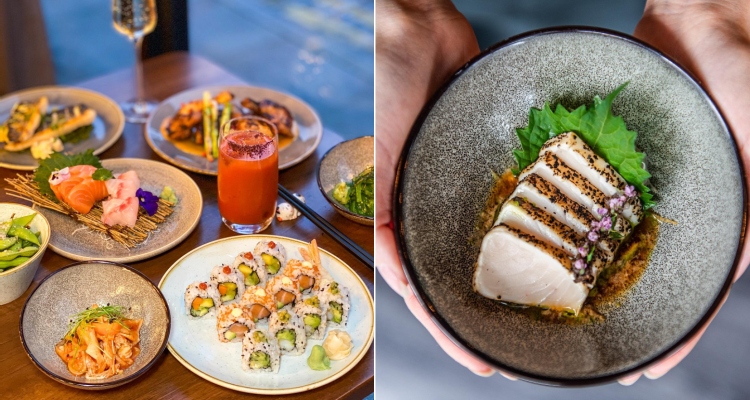 Pictured (left): the butterfish tataki that has ruined all other food for this writer.

Dessert at Issho-Ni is a no-brainer. The French toast (£7.80) may be one of the most pleasurable puds I’ve had in a long time, offering a doorstop-sized hunk of crisp, matcha-dusted bread and a scoop of milk and red bean ice cream. It doesn’t matter how much you filled up on deep fried squid, dig that spoon in and you’ll find a silky custard centre that will open that second stomach right up.

Easily one of the most impressive sushi restaurants in East London, Issho-Ni isn't scrimping on style or satisfaction. The sleek dining space offers the perfect escape from bustling Bethnal Green, while the menus promise a mix of forward-thinking Japanese plates, beautifully-presented and packed with flavour. Even if you're just stopping by for a drink, their cocktail list could keep you occupied for hours too. But just promise me you'll get the tataki and French toast.

Looking for more Japanese eats? Check out the best places for sushi, izakaya and everything in between right here.