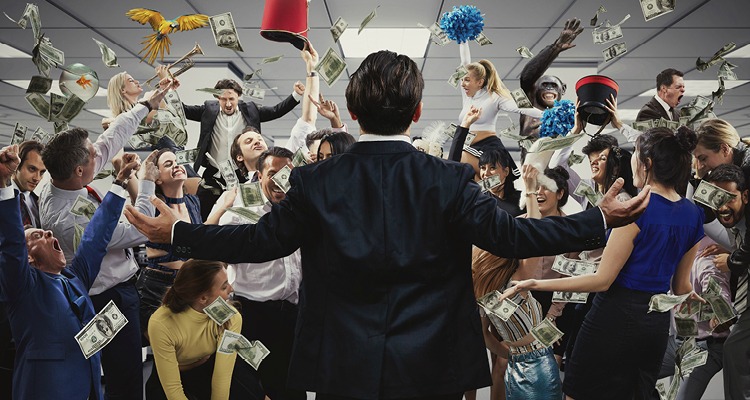 Icing *cough cough* sugar-fuelled office parties, dwarfs fired from cannons, and more cash than a EuroMillions winner; The Wolf of Wall Street is back and this time you're invited into the playground of the world's most infamous trader. The minds behind the sell-out Great Gatsby immersive production are bringing their latest work to a secret London location, and it promises to be wild. Based on the life of Jordan Belfort (played by Leonardo DiCaprio in the film), the story follows the now-convicted fraudster as he becomes a multi-millionaire by the age of 26, and his subsequent downfall at the hands of the FBI.

With Olivier Award-winning producers behind the show, guests are in for all sorts of thrills. The drama will take place across four London floors and ticket-holders are asked to dress up in their best '90s office garb and explore the set, which features a fancy restaurant, several bars and even supercars. But no party can last this long... You've got to decide if you're with Jordan or against him, as theatre-goers are split into FBI teams or bankers.

The Immersive Wolf of Wall Street theatre production is taking place in a secret location in East London from Thursday 19th September 2019. Tickets cost £58 and can be bought here.