Let The Games Begin: We Played Hi-Tech Bingo In Shoreditch To See If It Lived Up To Its Hype

Over the past few years, bingo has definitely broken its stereotype of being boring. With fun-themed events scattered throughout London, it’s actually turned into quite the boozy affair. So when the opportunity for the DesignMyNight team to head down to Hijingo in Shoreditch came about, we snatched it up as soon as we could. 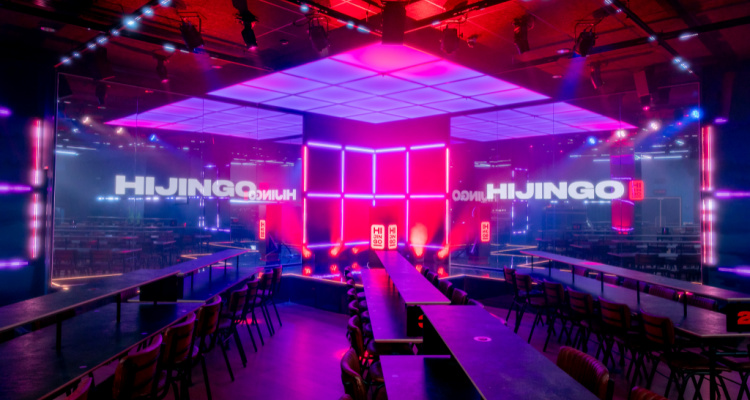 Get your dabbers ready to go.

When we first entered the venue, the Tokyo-inspired décor, Hijingo neon signs and floor-to-ceiling LED lights were a sight to be seen. As I walked through the long lit-up hallway with cat-printed walls, I felt like I was heading into something pretty epic. The bingo room had a stage area and screen where the numbers were going to be displayed.

To get food and drinks, there was a button you could press for table service, which is extremely convenient for larger groups. After having a look at the menu of playfully-named cocktails, I went with the Reality Check (£10). I’m a big margarita gal, so when I saw it was a delicious mix of Cazcabel blanco tequila, Audemnus umami liqueur and pineapple juice, I was delighted. I didn’t realise it also had a splash of Fuck Trump And His Stupid Fucking Wall–  yes that’s the name of the spirit – and it really packed a tropical punch. 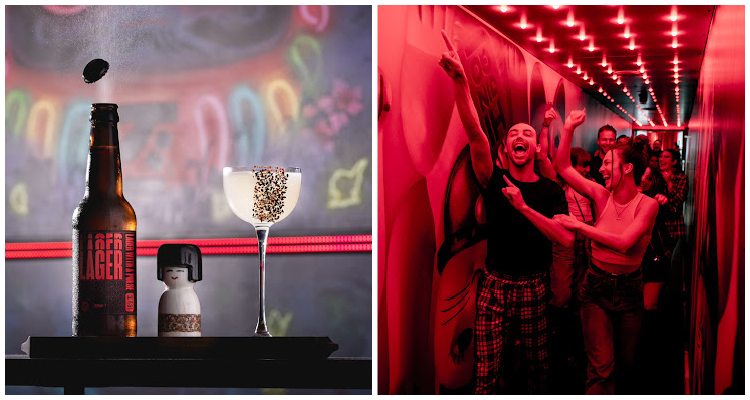 Delish drinks and great company make for a winning combo.

Also packing a punch? The moment before the games started. We watched as a timer counted down and heard a robot’s voice take over the narration. I haven’t played bingo in years and forgot how simple the game was. Grab your dabber, hear for your number and mark it down. Easy, right? But with the incredible visuals, motion graphics and electric beats playing in the background, the venue was absolutely buzzing with anticipation.

We decided to play two rounds of bingo (£16 per person) with three chances to win per each game. And what do you get if you scream out that golden word? Prizes varied with a couple of the highlights being an actual European getaway as well as the chance to bag some cash. You could also win a colourful light-up umbrella and raincoat, quite practical given our London weather.

And just like a scratch card, we were SO close during the two games but never quite won. I was definitely jealous of the people who did manage to bag a prize – they got to go up on stage as two girls in futuristic red attire and faceless masks *cough, cough Squid Game* danced as if they had actually won the lottery. 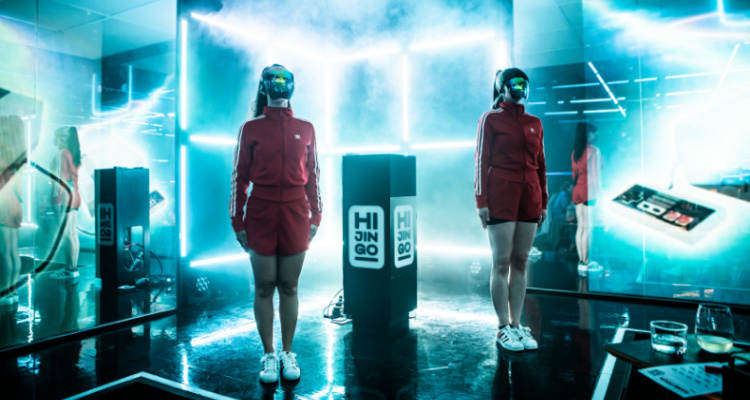 The Squid Game feel is uncanny.

There was also a tie at one point to which we heard the robotic voice mention there can only be one winner – again Squid Game or nah? No, no, the two winning gals just had a fun little dance-off as the audience determined the winner through applause. After a round of cocktails, we switched over to prosecco (£30 per bottle) for the second game, and the bubbly did manage to make me feel a bit better about the loss.

Our team had an absolute blast. I mean, who doesn’t love a good competition? And with all the theatrics going on in the background, it upped the ante for sure. I could feel the tension in the room cultivate as we got nearer to the end of each round, which is exactly what Hijingo is intended for. So if you’re hosting a party or planning a team-building activity, I would highly recommend heading here for a little peek into the future.