Can Fondue Ever Be Fancy? Swiss-Inspired Heritage In Soho Think So

You might think you know Switzerland and its exports - but alongside Toblerone, cuckoo clocks and fondue, the country has also brought the world velcro, LSD, and the potato peeler. That’s the thing with trotting out tired tropes, you miss a different part of the story, another side of the coin. Say ‘fondue’ to most British people and images of 70s dinner parties will prevail, but say the same thing to the new Swiss-inspired spot in Soho, and you’ve got a gourmet, high-end dish. We went down to the recently opened Heritage to hear another tale on the European country. 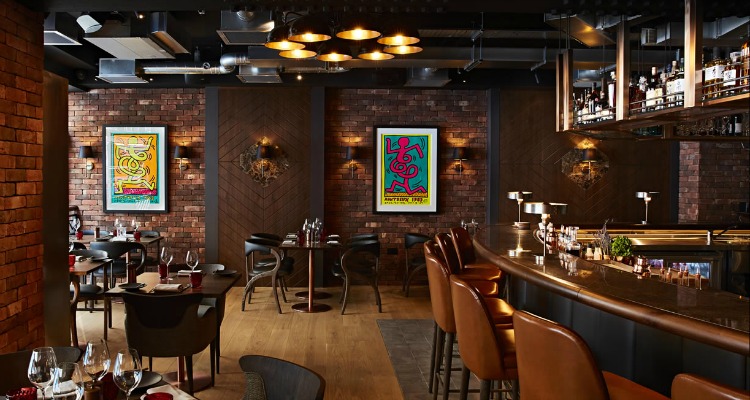 Heritage is putting a modern spin on Swiss dining at its home in Soho.

Found just a few seconds away from Leicester Square, on Rupert Street, Heritage has swept any old fashioned connotations under the polished wooden flooring, with a restaurant that’s sharp and modern. There’s hints of Alpine lodge in the decor, if said chalet belongs to a Bond villain with a penchant for interior design. Everything is in moody shades of brown and blacks, exposed brick walls are punctuated with concentric wooden panels, chairs have been carved and smoothed into beautiful, antler-esque shapes, and in the centre a bronze bar anchors the space.

The menu is as rich as Switzerland's banks, with some form of dairy drizzled, poured or baked into nearly every dish. We start with a rösti (£14), the potato patted down and fried into a thin crunchy base on which a thick slab of mild tomette de brebis melted, as pieces of maple-glazed pork belly crunched with sugar sweetness. Raclette (£14) is every Instagrammer’s dream, and the delivery of our dish went straight onto stories; the waiter scraping the bubbling cheese over soft - almost refreshing - heritage tomatoes. Fondue comes in three choices, though with chunks of slow-melting blue cheese and soft, chargrilled steak for dipping, it was the meat plate (£18) that won us over. 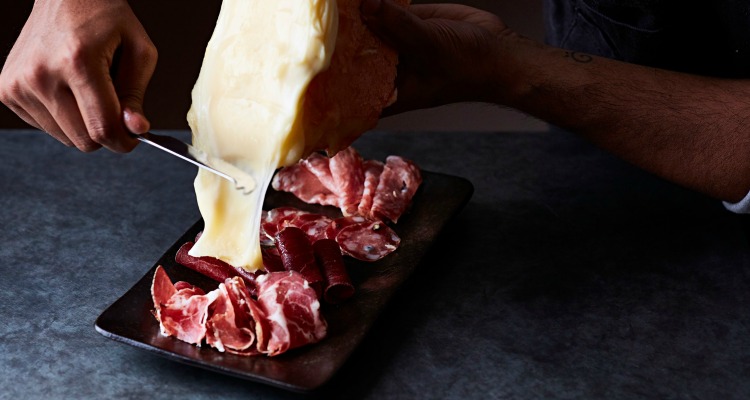 Cheese lovers, look no further with a menu that is drenched in dairy.

Forget Cuckoo Clocks and shepherds yodelling away in the mountains, Heritage is as far away from Swiss preconceptions as you can get. It's a lavish take on a winning formula, and with excellent original cocktails (hello, Cheeky Mexican), smart design, and high quality produce, dipping and drenching your food in cheese has never looked so sophisticated.

You Can Now Get Raclette, Sunday Roast And Australia Day Meal Kits Delivered