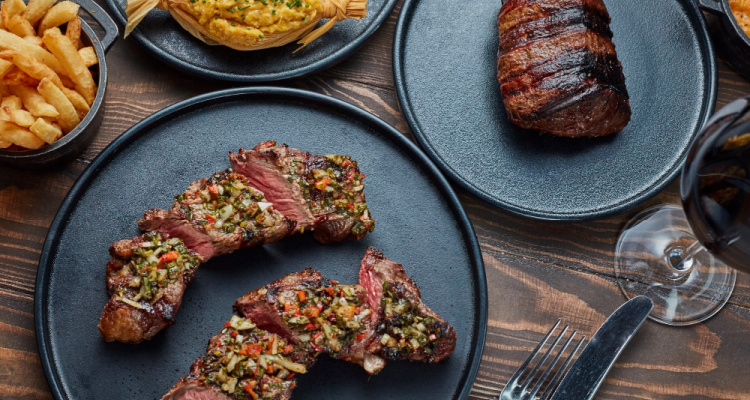 It’s safe to say to BoJo has given the number six a bit of a bad rep of late, but amongst cancelled BBQs and belated birthday celebrations, one hospitality group is hoping to do the ill-fated number a bit of good PR.

Kicking off on Thursday 17th of September, Gaucho and M Restaurants will be offering a 6pm three-course set menu, priced at just £6 per dish. Which, if you ask us? Is a bloody bargain.

And while the prices have been slashed, the quality of the food certainly hasn’t. Diners will be able to choose from seabass ceviche, churrasco cuadril and chicken Milanese - with a selection of pairing wines and cocktails also priced at, you guessed it, £6.

Curated by culinary director Mike Reid, the menu will run every Thursday until the end of October, hoping to encourage those worried about the recent restrictions back to the world of eating out. Availability will be limited, and there will be a minimum requirement of three dishes per person.

A top-notch three-course feast for less than £20? We’ll see you there (as long as there’s less than five of you, that is).

Available at Gaucho and M Restaurants across the UK, the Safe Six menu will run every Thursday from the 17th of September until the 29th of October. Tables will be limited to six and there will a minimum of three dishes per person.