From Kenwood House To Jimi Hendrix's Flat, Emerge Festival Is Letting You Party At London's Museums 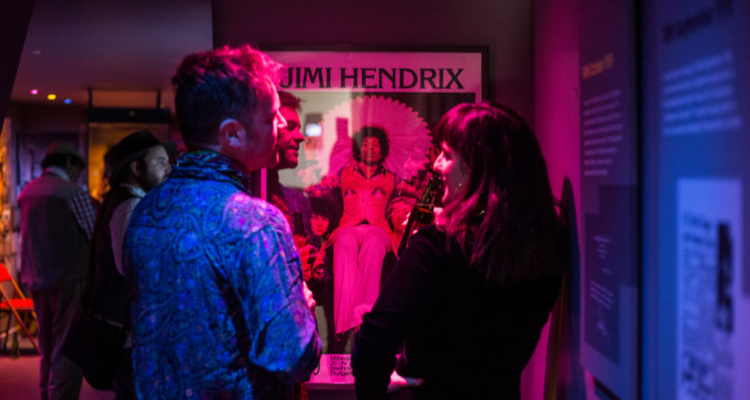 Dance the night away in a purple haze at Hendrix's actual flat.

For one weekend only, lucky Londoners are to be given a set of keys to unlock some of London’s most notorious and iconic venues where they’ll be allowed to let loose and shimmy until the clock strikes twelve. From a pop-up bar at the top of Wellington Arch to an immersive experience at London’s ‘house of scandal’, Emerge Festival is like nothing this city has seen before.

Running from dusk till late on the 27th and 28th of September, the two-day charity-funded event is offering the chance to see places usually closed off to the public with the aim to inspire festival-goers to further explore the capital's rich cultural heritage.

Amongst the eclectic selection of events is a 1960s-themed house party in Jimi Hendrix’s actual flat, a silent disco in Tower Bridge and a chance to experience your very own ‘Night at the Museum’ at the Natural History Museum’s dazzling moon exhibition. With all-inclusive tickets starting at just £15 (otherwise known as the price of a fancy pants G&T), you can pop along to as many venues as you like within the same night without breaking the bank.

Whether you’re a lifelong Londoner or a passing-through visitor, this festival is a chance to fall in love with this magical city all over again (and again…)

Emerge is running from 6pm until midnight on the 27th and 28th of September in multiple venues across 11 London boroughs. Tickets are priced between £15 and £40 and are available to buy HERE.