Us Brits love a snack on a stick, from the likes of corn dogs to ham and pineapple stacks or picky teas. As it happens, our cousins over in Japan have outdone us on this front, with Osaka cited as the home of kushiage: golden-brown breadcrumb morsels served on a bamboo skewer. So, what if I told you that you could get all the flavour of a Japanese tasting menu in bite-size chunks? You'd be down to Soho's Dai Chi in a shot; just like I was. 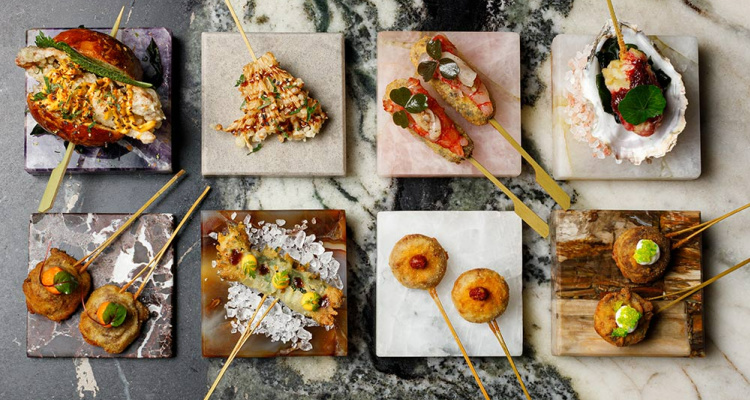 You'll get the taste of a whole plate on one stick here.

Fronting a list of kushikatsu dishes, which are traditionally deep-fried in breadcrumbs but take on a lighter twist here, alongside salads, raw fish tacos and dreamy desserts, this swish spot is bringing something totally unique to London's fine dining scene. And when it's from the team behind the Japanese-Italian fusion plates at Angelina, you know it's bound to be tasty. With expectations high, but unsure of what to expect, I entered the sleek space at Dai Chi to be greeted by nine intimate tables and a monochrome colour scheme.

We went for the six-course omakase (£42 each), where drinks pairings (£35 each) come with four of those rounds. But, to kick things off: cocktails. My choice? Lost in translation (£12), a delightfully aromatic drink whipped up from calvados, amaretto, lemon sherbet, bitters and fluffy egg white. While sipping this divine nectar, I took in our surroundings, including marble-topped tables, bonsai trees dotted between displays of wine and squishy leather chairs. Of course, my partner couldn't get away without me having a sip of his nashi and shoga komezu shrub (£10), which was earthy yet sweet, with a good kick of pear and mezcal. 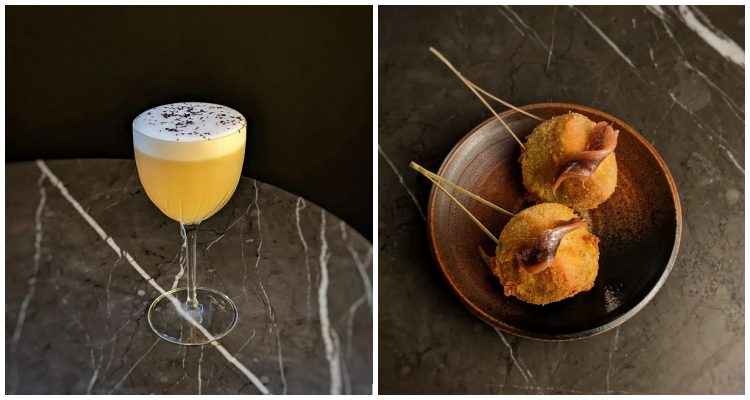 From dreamy drinks to moreish mouthfuls, Dai Chi can do it all.

As for the food, well, with between three and four small plates making up most of the courses, there's more delish dishes here than I can fit on a page. So, I'll take you through our favourite bits... For starters, the raw hamachi in truffle soy and nutty furikake, followed by the fried black Iberico tomato with anchovy, caught my eye. The former balanced its musky, salty and the umami-packed flavours perfectly, while the latter was so rich and meaty, I was left wondering how such a humble ingredient could taste that good. The accompanying Hoyo Genji 'shining prince' was crisp but gentle on the palate, which would be ideal for any first-timers to sake.

Now, for my savoury stars of the evening (all boasting that signature crispy coating): tuna steak topped off by punchy wasabi, chicken karaage and king oyster mushroom with carabineiro and nduja. The poultry dish was the best example I've ever had, with the soy and ginger marinade really coming through, while the meat also remained super juicy after cooking. But, it's not all about the skewered goods here, as our meal also included kabayaki-glazed hamachi cheek for the large plate of the meal, fresh burrata, winter leaf and ikura salad, and milk bun to dunk in miso tomato. 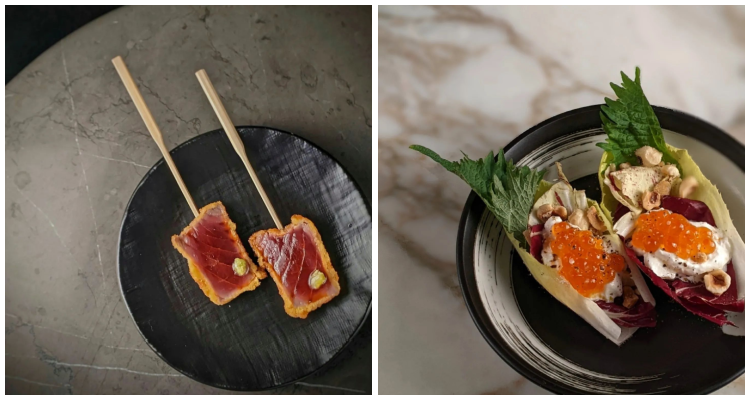 Salads topped with roe? The freshest fish? This restaurant doesn't do anything by halves.

Drinks pairings continued to deliver too, with Christian Binner Les Saveurs, a natural white wine bringing the best of Alsace in one bottle, and Lambrusco Grasparossa Emilia Romagna, which cut through its meaty accompaniments with acidity and forest fruits, rounding off the offerings through the first five courses.

But, it didn't end there. These guys did pudding just as well as everything else. Think bouncy matcha panna cotta offset by the sweet, sour and citrus flavours of roasted white chocolate smash, berries and blood orange. Drool. This one will return to me in my dreams, that's for sure. And to wash it down? A glass of Donnafugata Kabir Moscato di Pantelleria each. I'm not usually a fan of dessert wines, but this one totally won me over (much like the rest of the menu here), thanks to vibrant notes of apricot, peach and melon.

While being reasonably priced, this ain't bargain bucket standard. Dai Chi are elevating kushiage to a fine dining level with refined Japanese ingredients, innovative flavour combos and a lighter frying process. Having spent the months since opening perfecting their offering, Dai Chi are absolutely nailing the omakase menu, creating the ideal balance of indulgence and freshness. This is one of those rare restaurants where I'll be shouting about it to anyone that'll listen for a long time to come.