Londoners, Here's How You Can Support Ukraine Right Now 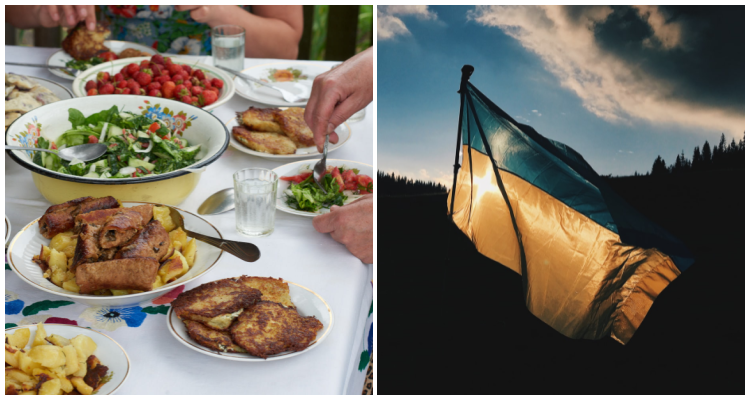 Some of London's top foodie names have joined Unicef to support Ukraine.

While it might feel strange to be going about our lives with what's happening in the world right now, you can actually do something good the next time you eat out.

Ukrainian chef Olia Hercules, Russian author Alissa Timoshkina and top London influencer Clerkenwell Boy, have teamed up with Unicef to launch #CookForUkraine. A fundraising scheme in aid of displaced children and families who have been affected by the war, the campaign has raised over £111,000 in just a few days.

Whether you want to get involved by holding your own #CookForUkraine supper club or would rather dine in a restaurant that's donating to the appeal, there are plenty of ways to participate.

With over 60 restaurants taking part, you'll find limited edition plates, collaborations, donations and more. Over at Cocotte they'll be adding £1 from each bill and serving a special dish, while Hache has teamed up with Olia Hercules to bring back the Mamushka burger until 4th April. Across the UK, Honest will be hosting an 'Honesty Box Day,' encouraging diners to raise much-needed funds. Venues such as Paradise Soho, Yard Sale and The Doyle Collection will also be holding raffles with prizes that include free pizza for a year and a hotel stay.

You can donate to #CookForUkraine here. We've also put together a list of events in aid of Ukraine across the UK.