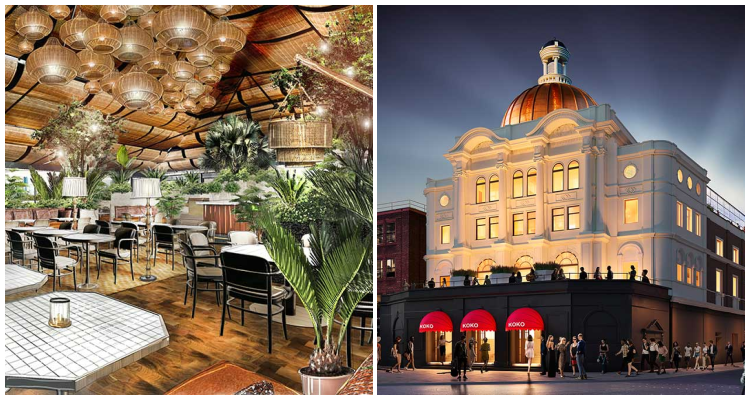 London's KOKO is making a comeback with tunes and tipples.

It was a real shame when KOKO closed down a few years ago from a flooding and fire that damaged its ever-so-iconic copper dome. The beloved Camden music venue was a real crowdpleaser for Londoners - especially considering the many artists who graced its wonderous stage, from Kanye to Prince and The Rolling Stones. Quite the star power if you ask us. However, it's coming back and better than ever. Expect the space to be totally revamped next spring, complete with a buzzing eatery and performance area called Fly Tower. Absolute music to the ears, am I right?

When you return for a much-needed concert, you'll be able to tottle over to their late-night pizzeria and polish off a few slices, followed by some signature sips at the taproom. Want to feel like a true superstar? Become a member and you’ll get access to the higher floors of the building– including a secret speakeasy. Shhhh. Afterwards, you can hit up the botanical rooftop terrace or bustling bar located in their restored dome. Stumble upon hidden gems such as a grand piano room or library - and if you’re lucky, you might just get to see the magic behind the music at their sick recording studio.

KOKO in Camden will open in the spring of 2022. Dreaming of cocktails and a view now? Check out our most glorious London rooftops here.