Set the scene: it’s Christmas morning, you’re unwrapping your presents, only to discover in the final moments... that a certain someone forgot to leave you a set of batteries. The devastation. Golden Gai opened just days before the Tier 4 announcement in December last year, and much like having a brand new toy - in their case, venue - to play with, they had no choice but to shut their premises until 12th April. With only seven days of operating under their belt, they opened with a brave face when I paid them a visit, executing the same Japanese and Italian influences that got Angelina - their original site in Dalston - noticed by not only the locals, but with Jay Rayner. 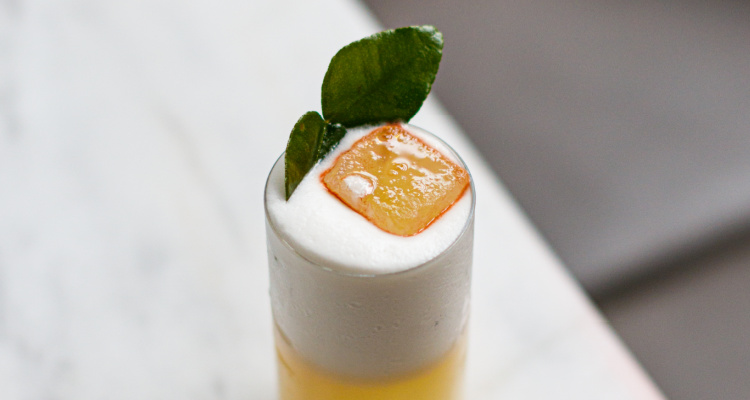 The Tokyo Banana is a must-order at Golden Gai.

Golden Gai is a district of Japan that’s well known for its lively, narrow streets that come packed with late night bars. Although Soho is arguably the London version, I’m glad that our experience of Angelina’s offspring isn’t reflective of the bustling rat race that can be Japan. Instead, our experience at the newly opened venue is effortlessly calm. We were seated in a matter of moments with thick leather-bound menus in hand. As the evening drew on and the tempo picked up, Golden Gai’s mission became crystal clear. What they wanted to achieve was an outgoing atmosphere reflective of the streets that reside over 8,000 miles away, with flawless service and quality drinks standing tall at the helm. 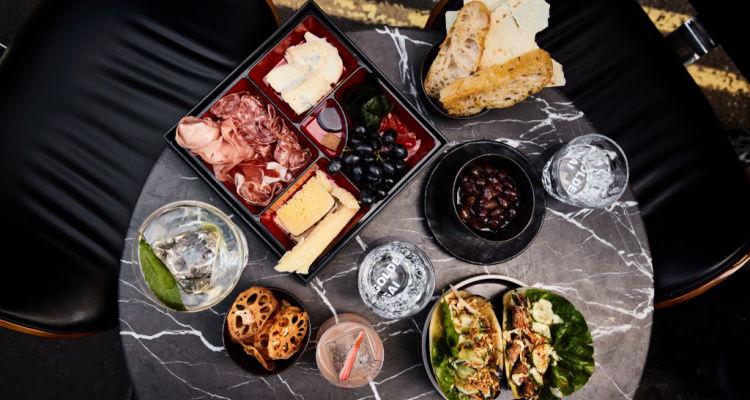 Try the bento box for a fusion of flavours spanning from Italian cheeses to aged tofu.

Sat at one of the venue’s eight marble-topped tables, our low slung chairs beside the floor-to-ceiling windows had us bathed in blistering sunlight as we ordered our first round of drinks. The Tokyo Banana (£12), made with Toki, yellow chartreuse, ginger, black garlic honey, banana and a spray of Laphroaig was an interesting take on the classic Penicillin. My comrade ordered the Fragoliana (£11); a creamy yet light mixture of pandan (a fragrant leaf commonly used in cooking around Southeast Asia and South Asia), coconut, strawberry marshmallow and gin. A lighter drink than my heady Tokyo Banana (that came with its very own miniature iceberg), this milkshake-coloured cocktail came topped with a strawberry and it had a welcomed cooling impact in the evening heat. In between catching a tan and slowly emptying our glasses, we nibbled on the antipasto bento (£22) and two of the Italian style flatbreads on the menu titled Piadine (£9). The bento box came accompanied with Italian cheeses and Japanese accompaniments, showcasing the best of both worlds in one shiny black and red compartmentalised box. The highlights were the crisp sourdough focaccia, the rich and tangy moromi miso alongside the grainy and crumbly mortadella. The Piadine I’d highly recommend if you’re after something a little more substantial, the aubergine katsu and chicken karaage both coming in big and bold on flavour. 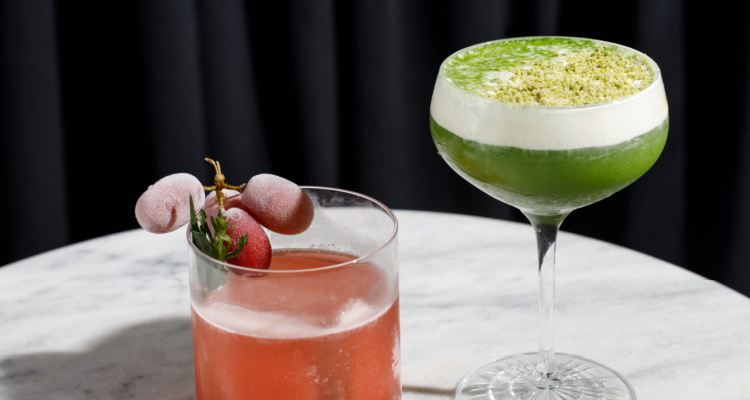 Mixology comes in its best form at Golden Gai.

Green light. Amber light. Red light. Booking a holiday nowadays is more dangerous than a game of strip poker. With the ever changing rules around travel restrictions, there’s plenty of places in London now offering ‘holiday vibes’ with beach pop-ups and the like, but if you want somewhere authentic that offers real escapism through luxury drinks and quality food, sit up and take note of Golden Gai. They nailed every part of our experience, despite being the new kid on the block with little to no experience since opening in December 2020. The fusion of influences from both Japan and Italy across their menus was flawless and if you decide to pay a visit this summer, I guarantee you'll feel like you're after unwrapping a shiny part of Soho that you'll be buzzing to play in all year round (no batteries required).