Maybe it’s the past 9 months that I’ve been spending very much at sea level - by the sea - but skyscrapers have started to feel like relics of a forgotten era. If 2020 has inspired any sci-fi fantasies, it’s that in 300 years, PJs will have made the transition to actual daywear and owning a house by a green space - rather than zone 2 - is how oligarchs avoid tax. I had largely forgotten about city views and anything higher than the Debenhams multi-level Exeter store - that is until I was whizzed up to the 24th floor of Tower 42 for a night at City Social.

In the past 10 years, Jason Atherton has achieved more than most people can hope to if they were given 100. Within 12 months of leaving his role at Gordon Ramsay’s Maze, he had garnered a Michelin star, 5 AA Rosettes, and a top place in the Good Food Guide for Pollen Street Social. A decade on, the Social brand has established itself as one of London’s best and the chef has restaurants in cities across the world. Stepping out of the lift in the City outpost, is like entering a luxurious homage to its locale. Semi-circular booths of black leather face floor-to-ceiling windows and the lights are so low, that - if your eye wasn’t already drawn to the vista - it will now as it searches for a brighter source of light. 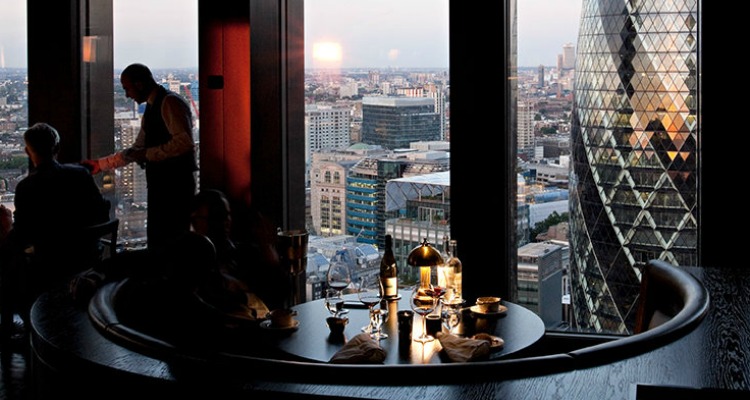 Dine directly next to The Gherkin at City Social.

Everyone is stunningly well dressed, and behind an upper row of tables, which are set back from the view of the Shard and Gherkin, glass wine fridges double up as decor. The menu is filled with fish and meat dishes, sourced from the UK and threaded with global influence. A Japanese hamachi ceviche (£19) is paired with a stronger tasting langoustine, in a circle of fresh fish, decorated with wisps of radish and a bite of sourness from a Fillipino calamansi (a citrus fruit). Mains feel much more British and meaty, albeit done in precise and light technical detail. A sea bass fillet (£38) is topped with its crispy salted skin, and is full of deep, warming flavours which are rarely associated with the white fish, thanks to a rich jus, tiny confit chicken bites, and winter veg of cabbage and artichoke. 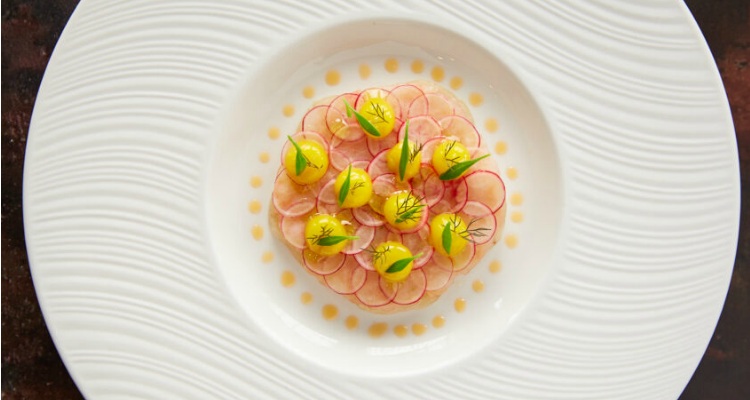 All dishes come with added flair.

While the precision of the chef’s skills is shown off in the main a la carte, there’s a choice of steaks too, which are seared on a Jaspar grill, giving the Cumbrian native breed a smokier flavour. Sommeliers are on hand to help with wine choices or, as in our case, to advise on wine pairings - topping glasses up with Chardonnay over the fish course, and an organic Falerio from northern Italy. Dessert is a final flourish of Michelin-starred fanciness, the Brogdale raspberry parfait (£10) looks a lot like wall art; white meringue straws and blood-red coulis pop against the pretty pink and silky smooth pudding. 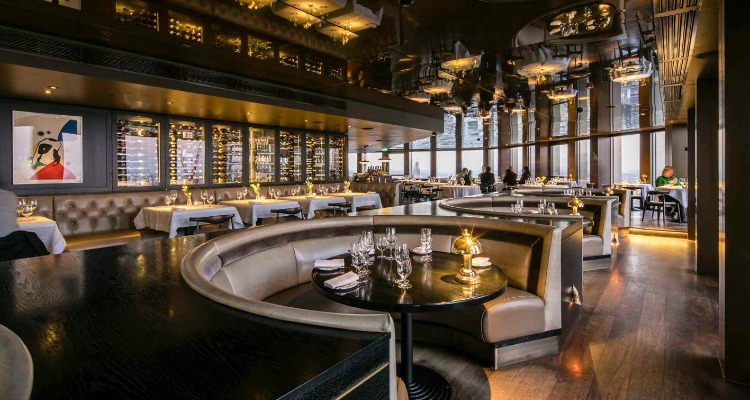 A chic setting to remember.

If I thought we were headed back to living in bungalows and scything wheat a la Poldark, one trip to City Social reminded me that the future is still very much metropolitan. While the views over the city alone could justify the price alone, the well crafted and beautiful food are a reminder that this is no one-trick pony. The one quibble? We had to remind waiters to bring wine with each course - but I guess no one is perfect.

For more gorgeous restaurants with a view in London? Check out our guide.