Sunset Cocktails and Rooftop Views - Is This The Future Of Going 'Out Out'?

We’ve lost a lot of things in 2020, from cancelled Eastenders episodes to postponed footie tournaments and an Olympic opening ceremony that just wasn't to be. One thing that never deserted us though? The ‘gram. And as long as Insta exists? Rooftop bars with mega views and pretty floral interiors will always thrive.

Which is good news for the gang at Pergola Olympia - the West London spot that promises pretty sunset vistas, tasty street food-style scran and hundreds of plants hanging from the ceiling. After a lack-lustre summer, my flatmate and I headed over one sunny evening, on the hunt for restorative cocktails (and potentially some photos that didn’t involve PJs, Deliveroo or Netflix). 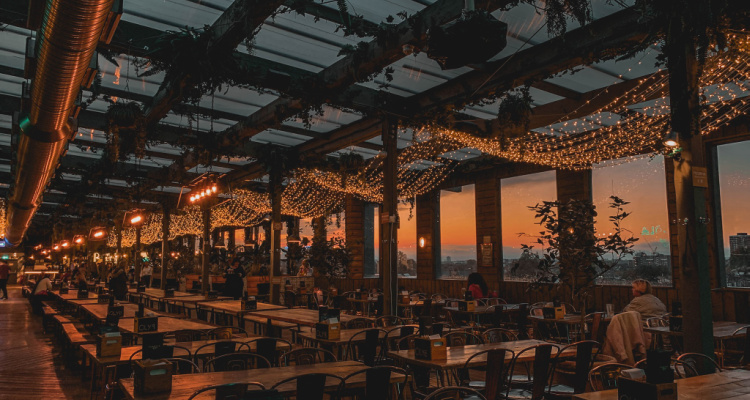 When it comes to golden hour, this rooftop haunt isn't messing around.

Set atop Olympia Carpark, the entrance to the bar is not the most inspiring, but after filling in a quick electric form for track and trace purposes, we were on to the good stuff. Whizzing up to the fifth floor, we were greeted by a sprawling space, flanked by floor-to-ceiling windows, vibrant green botanicals and long sharing tables, all of which had been tactfully spaced 2 metres apart.

We kicked things off with a bottle of Prosecco Frizzante (£32), a fruity but fresh sip that soon had us giggling away at unfunny things and eyeballing the street food-style stalls to our right. There were three vendors to pick from - burger connoisseurs Wild Card, steak legends Salt Shed and the Japanese-inspired Izakaya. We opted for the latter, drawn in by the lure of fluffy bao and sticky dumplings. To whet our appetite we first ordered a portion of the tori kara-age (£7), a hearty portion of fried chicken with an oh-so-tasty soy ponzu dipping sauce. Date night food, this ain’t, but if you’re willing to get messy then these tasty morsels don’t disappoint. 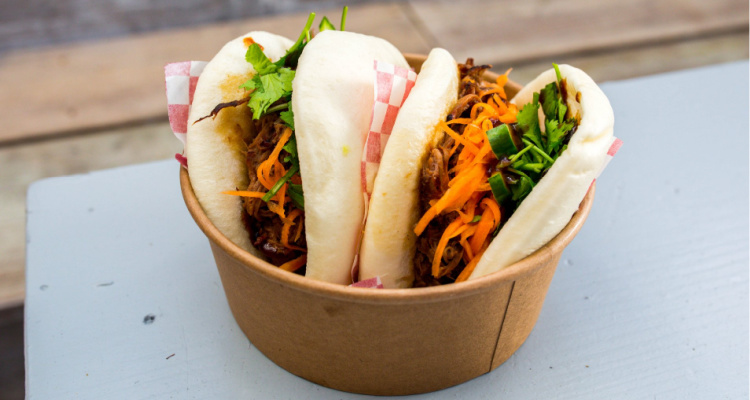 Next, we grabbed two portions of bao, the slow-cooked pork belly and spicy fried chicken (£8 each). Smooth, soft and perfectly fluffy, the buns were stuffed full of flavoursome meat. And while the chicken was a little on the greasy side, the pork stole the show, with Japanese-style mustard perfectly cutting through the sweet and sticky glaze. Naturally, we also grabbed a portion of veggie dumplings (£7), which were the perfect accompaniment, breaking up the beige with a stroke of green goodness.

It was at this point that there was a sudden flurry of movement as people lept from their seats and phones were whipped out at lighting speed - no, a Made In Chelsea socialite hadn’t just walked in (although they have been known to hang here), rather the sky had turned a gorgeous shade of pink as the sun dipped behind the rooftops. And while I would love to say we sat back and drank the stunning vista in, in reality, we joined the throng, snapping pics that needed #nofilter. 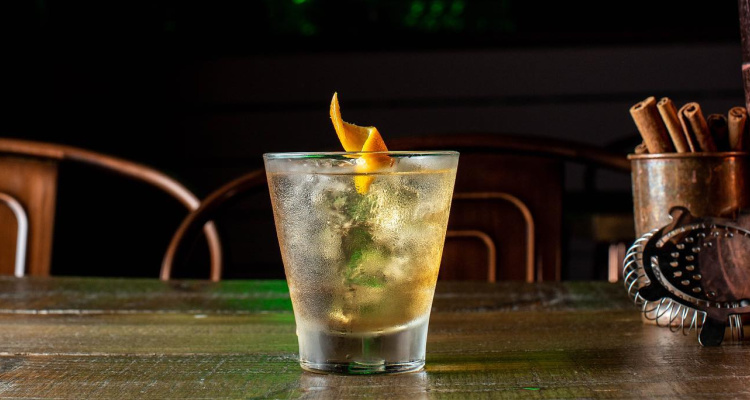 Made with double-shots, the drinks here are perfect for fuelling your weekend.

Having settled back in our seats and found that perfect Gif, we decided to finish our night with a cocktail. I made a B-line for the grape and apricot-topped Duppy Spiced Spritz (£9.50) - an International Rum Day special - which when ordered, entered the drinker into a prize draw for the world’s biggest bottle of rum (which for reference, is 4.5 litres, and I imagine, not massively TFL-friendly). Sadly, I didn't win the mega prize, but the drink was sweet and spicy in all the right ways - leaving me with a warm glow as I stepped back onto the overground platform.

For my flatmate and I, Pergola Olympia provided the perfect excuse to get on our glad rags and escape Netlflix for an eve. If you want my opinion though? This place is best for big boozy celebrations - be it birthday bashes or post-lockdown reunions. With roomy booths for dancing, picture-perfect interiors and food that will impress the whole gang, it’s probably about as close as you can get to ‘out out’ right now. Just remember to pack your sanitizer in your clutch bag.

Pergola Olympia is located on the fifth level of Olympia Carpark (W14 8UX), and is open between 4pm - 11pm on Wednesdays and Thursdays, and between 12pm - 11pm during the weekend. Find out more and book a table here.