Any Londoners in the know about the city’s nightlife scene will no doubt have heard of Bunga Bunga. Arguably the crème de la crème of cabaret, matching entertainment with tasty food and bonkers cocktails, their Covent Garden venue is renowned for being one of the wildest restaurants in London, and their Battersea location appears to be upholding the reputation.

Despite the numerous new eateries that have appeared as part of the Battersea Power Station development, it’s hard to forget about this Italian stallion. After hearing so much about it, the first impressions did not let me down and upon entry, I can't help but admire the bicycles dangling from the ceiling, before my attention was lost to the buzz emanating from the surrounding tables. 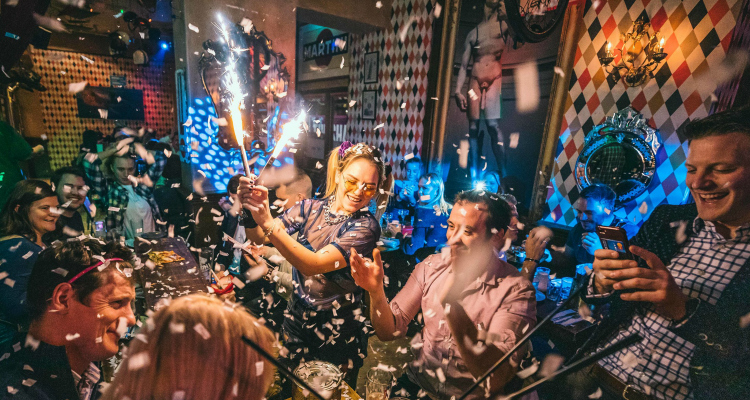 An authentic Italian dining experience? Sure.

To kickstart the evening, we eased ourselves in with a Statua, Pinot Grigio Blush (£23) - a dry and hugely affordable rosé that certainly gets the job done. After ordering, this is where the entertainment starts. Music began to blare, a host jumping around getting guests singing along to the live karaoke. It doesn’t take long before we’re part of the rabble, belting out lyrics like some poor guy that’s had one too many and seems to believe they’re the next Shania Twain.

The arrival of our mains soon shut us up. If you visit Bunga Bunga and don’t have their signature metre-long pizzas then you’re robbing yourself of such a luxury. Notably, the thin based Po-Pa-Polla (£13) - a salty blend of pancetta, red onion, barbecue sauce and chicken - leaves you savouring every bite. If pizza isn’t your thing, don’t be afraid to try the Chicken Milanese (£12). Sliced chicken in breadcrumbs served with tomato sauce - it's ideal for those looking for something lighter but not lacking in size or flavour. 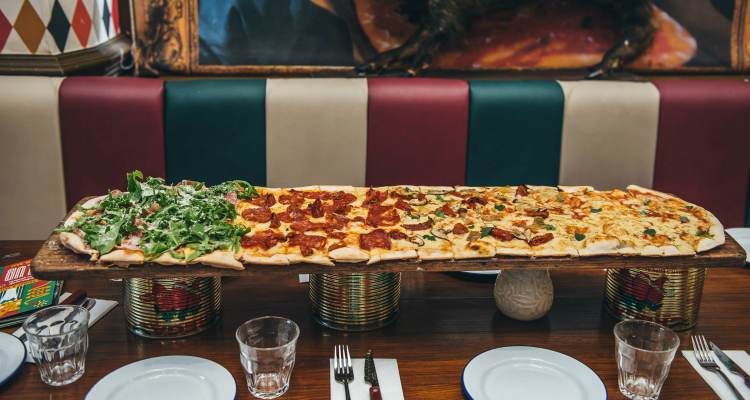 Pizzas come by the metre at this Battersea bolthole.

At one point in the evening, I was struck by an unshakeable jealousy when I saw the cocktails being served to the table next to us. My other half and I exchanged a look: we needed one of those. Recommended by the waitress, we found ourselves the unwitting centre of attention when The Vespa (£60) came zooming over in a shower of sparklers and confetti. A mix of rum, aperitif, pomegranate liqueur, grenadine and grapefruit juice, it was a) far more alcoholic than it sounds, and b) actually designed to be shared by four people. Regardless of the serving suggestion though, the drink was sweet with an added punch that most certainly made it worth raving about – one for a special occasion.

Once our bellies were full and the live karaoke was over, we naturally turned to the espresso martini (£11). The perfect end to a fantastic evening – is there any other way to end a meal than with a (very boozy) coffee? I didn’t think so. If your night is still going, make the most of the other two floors of Italian madness - Il Club, l’Osservatorio and the Martini Prosecco Beach Bar. Both floors offer booths and the chance to party the night away. 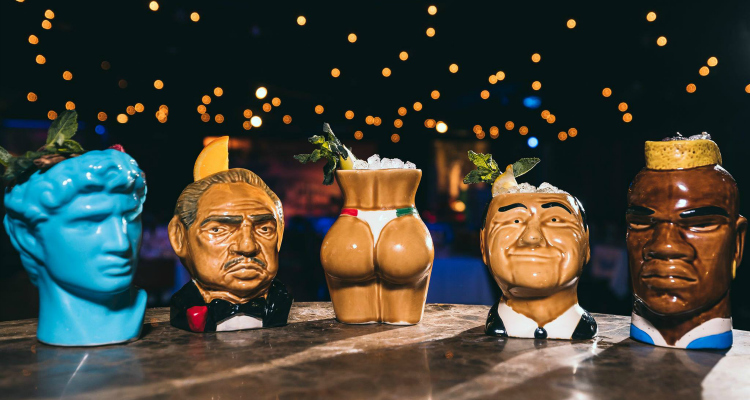 It’s safe to say, that whatever night you’re looking for, whether it be karaoke madness or a slick meal with plenty of martinis, Bunga Bunga Battersea is a one-stop-shop that caters to all. With unrivalled cocktails and entertainment to match, it lives up to its reputation of being one of the most raucous dining destinations in London. I can’t wait to see what they do next…