Dishoom has quickly become a firm favourite with Edinburgh locals since its opening back in 2016, but not many know about its hidden underground bar, The Permit Room. Named with a nod to the Bombay Prohibition Act of 1949, where all drinkers required a permit to drink alcohol, this decadent, dimly-lit bar provides the perfect spot to enjoy some late-night cocktails, whether you’re intending on heading upstairs to Dishoom or not.

We arrived at 5pm on a Sunday; not prime drinking time, you may think, but The Permit Room was already well on its way – not entirely surprising, as this bar is open until 3am every night. We were shown to a high table with seriously squashy seats and a bird's-eye view of the bar and the mixologists at work. Our server, Neil, was warm, welcoming and infectiously enthusiastic about the cocktail menu, and instantly helped us to feel relaxed.

The bar is dimly lit but atmospheric, and while diners are slotted in behind you, there’s enough of a partition that you don’t notice – it certainly doesn’t feel like a waiting room or even a restaurant bar, just a cool cocktail spot in its own right. The vibe is buzzy but cosy, with music at the perfect volume for chatting to your companion - although it might be very different on a Thursday night when The Permit Room welcomes a resident DJ to spin tunes in the corner. 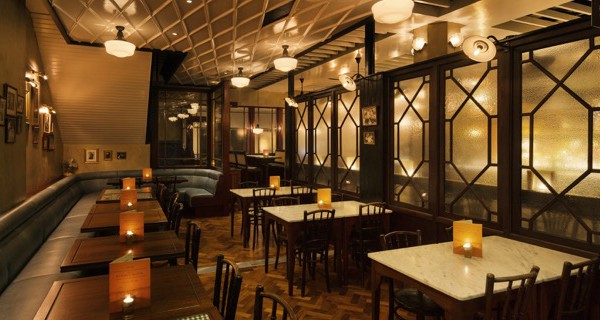 The Permit Room is all sorts of sexy, from the frosted glass windows through to the 1920s-inspired decor.

The Permit Room’s cocktail menu is comprehensive, to say the least, and was created especially for the bar by award-winning ‘Daru-walla’ Carl Brown. We started with a surprisingly refreshing 1948 Sour, made with dry whisky, peach bitters, fortified wine and egg-white foam, and a Monsoon Martini – definitely not for the faint-hearted. A chilli-infused espresso martini, made with spicy ancho reges liqueur and sprinkled with fiery chilli powder, this certainly perked me up, to say the least!

We moved on to the Hoppy Butter Paanch, described by Neil as ‘like a butterbeer, only a million times better’. He wasn’t joking – this is a rich, smooth blend of Johnnie Walker, ginger, butter syrup and cinnamon, topped with a creamy cushion of Dishoom IPA foam. Velvety and indulgent, but probably not for the beardy among us – that foam gets everywhere. We also sampled the Kalamansi Smash; basically, a mojito made with tequila, muddled with demerara syrup, fresh mint and kalamansi lime, this is refreshing, reinvigorating and reassuringly boozy. 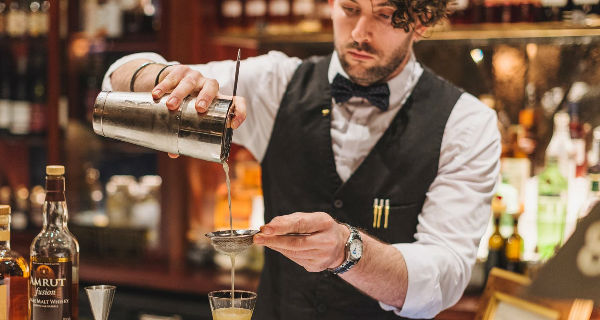 Inspired 1940s India, the cocktail menu is punchy and sweet, with a great choice of mocktails too.

To finish off our cocktail extravaganza, we asked Neil to advise on our swansong choices, and were duly served the Chai Paanch and the Bollybellini. The Chai Paanch, presented in a glass apothecary bottle, is the most complicated, and the most alcoholic, cocktail on the menu. It’s created with a combination of Johnnie Walker Black Label, Gosling’s dark rum, Dishoom’s house chai and Ceylon arrack, with a hit of spicy ginger liqueur, a rich 80% cocoa liqueur and zingy lemon shrub. Tread carefully as this seriously boozy blend will leave you wanting more. And if the Chai Paanch is the most serious cocktail at The Permit Room, the Bollybellini is its glittering cousin. Described as a ‘very pretty missy’, this is a sparkling creation of Prosecco, raspberries, lychees and rose, spiked with a warm hit of cardamom. It’s sweet and fun, and a dangerously smooth sipper.

Not to worry if these cocktails all sound a little lethal for your tastes; The Permit Room’s ‘copy tipples’ are also hugely popular. Looking and tasting just like real cocktails, these versions of classics including Old Fashioned, Whisky Sour and Martini, don’t contain a single drop of alcohol, so they’re safe to indulge in, even if you’re the designated driver.

To go along with our drinks, we sampled the bar snacks on offer, and while the portions weren’t huge, the flavours certainly left an impression. The Dal Moth, a spiced mixture of fried nuts, lentils and sev, was moreish, if a little tricky to eat, while the Potato Crisps were sprinkled with warming ‘magic masala’ and came alive with a few squeezes of lime juice – although eat them quickly if you’re not a lover of soggy crisps! For the ravenous, they’re probably not going to hit the spot, but as a tasty snack to dip into throughout the night, they’re pretty decent, cheap and a nice addition to the drinks. 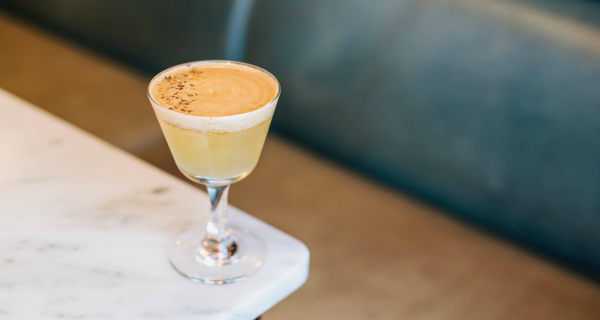 The Permit Room's cocktails are as good as Dishoom's plates; with an award-winning mixologist at the helm.

The Permit Room is unfairly represented if it’s written off as 'somewhere to wait for your table at Dishoom', which is what I fear many would assume. But this is a first-rate, stand-alone cocktail bar that deserves a reputation all of its own; the service is outstanding and the cocktails are daring and delicious, whilst remaining accessible. The basement location hints at the illicit while the décor is subtly sophisticated, but the friendly bar staff and lively atmosphere stop it feeling stuffy. The unabashed boozy basis of the menu and that enticing late licence both make The Permit Room an ideal spot for after-dinner drinks, any night of the week.

A Londoner in Edinburgh, lover of boozy brunches with an incurable sweet tooth.