Boasting a dark, harrowing history, the Scottish capital is undoubtedly one of the most haunted places in the world. Tales of body snatching, rampant cannibals and witchcraft accusations are just skimming the surface, as it's also home to lots of spooky spirits. Both fascinating and terrifying, here are the 9 best ghost tours in Edinburgh so you can learn all about the city's creepy past (and maybe even meet a poltergeist or two).

City Of The Dead Tours

For a sensationally spine-chilling experience that's sure to make your hair stand on end, make a beeline for City Of The Dead Tours. With them, you'll creep around in the 'underground city of the dead', where a malevolent entity stalks the once misery-doused vaults that have only recently been unsealed. You can also discover the Greyfriars Kirkyard, including the Covenanter's Prison. And if you need somewhere to settle your nerves with a good ol' dram, The Greyfriars Bobby is literally down the road. 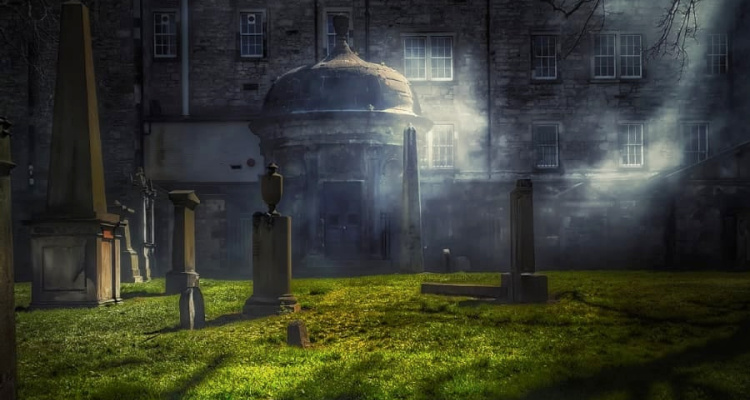 Be careful at the Covenanter's Prison; a dangerous poltergeist has been known to cause real physical and mental harm to visitors here...

Mixing light-hearted comedy with a big dollop of horror, The Ghost Bus Tours pootles you across the city to spot its top attractions. You'll be privy to beaut views of Edinburgh Castle, Grassmarket, Greyfriars Kirkyard and much more, with a creepy conductor as your guide - who may even point out a couple of sinister spirits. At the end, you'll be dropped off near The Deacon Brodies Tavern, where you can tuck into a selection of British classics, washed down with tasty pints. 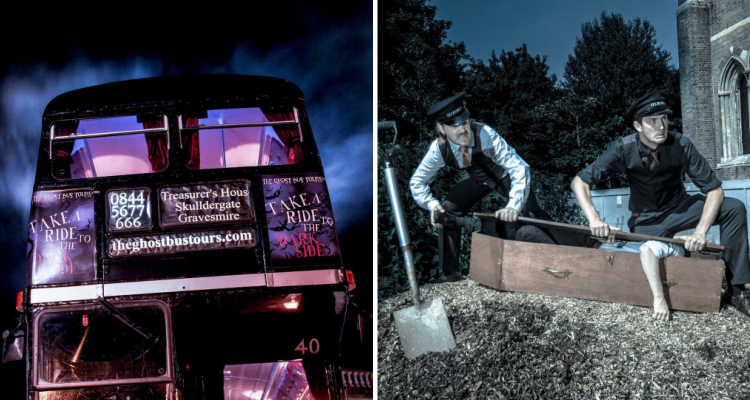 This Edinburgh ghost tour bus is ideal for both visitors and locals alike.

The Cadies & Witchery Tours offers two un-boo-lievable experiences; a daytime excursion into Edinburgh’s most-famous graveyard, as well as an early evening 'Ghosts & Gore' walk around the Old Town. At the latter, a bunch of very knowledgeable (and funny) ghouls will regale you with gruesome stories about the Scottish capital. If you'd like to carry on in a similar vein, quirky pub Frankenstein can be found just a short walk away, where freaky animatronics, bubbling vats of liquid and tasty pizzas await you. 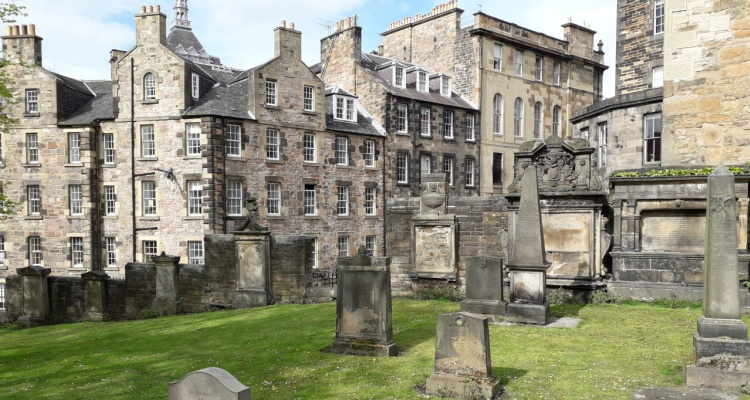 This company also has a cool shop selling all kinds of unique knick-knacks that you can take home.

This free ghost tour in Edinburgh transports you back to the terrifying times when body snatching, public executions and tortuous happenings ran rife. Free Ghost Tours (part of City Explorers) takes you through the town to learn about the Westport Murderers and witch trials, as well as the real Dr Jekyll and Mr Hyde, before ending in the atmospheric and chilling Greyfriar’s Kirkyard. Warm up after at Biddy Mulligans, a cute and cosy Irish pub that slings out hearty grub and whisky aplenty. 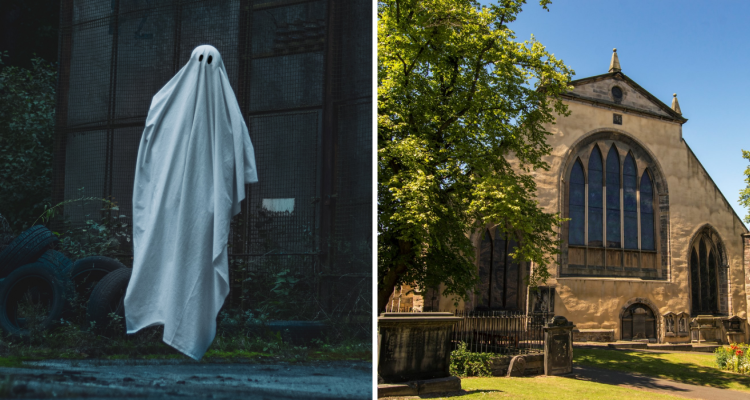 This is certainly one of the best Edinburgh ghost tours of Greyfriars graveyard.

On the hunt for the world-famous underground ghost tour? City of Edinburgh Tours is heralded for its chillingly epic excursion, which takes you through the area's infamous landmarks. Think St Giles' Cathedral and Greyfriars Kirkyard, plus the menacing South Bridge vaults. But that's not all, as it also hosts walks that give insight into the innocent women accused of and tortured for witchcraft. If you need somewhere to lighten the mood, nearby haunt The Three Sisters fronts fun events, lip-smacking grub and thirst-quenching drinks. 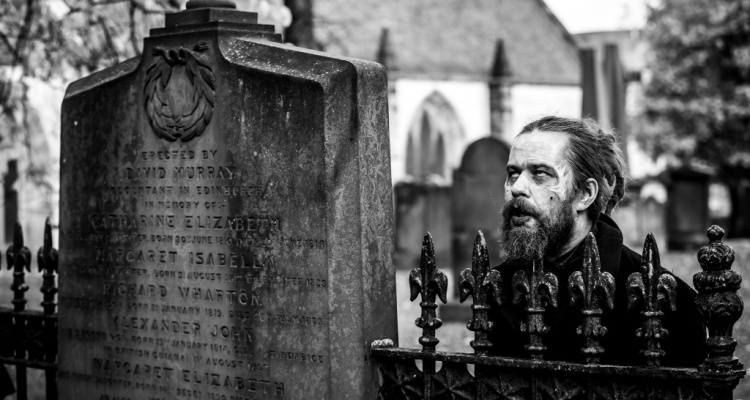 You can expect passionate, theatrical guides at each of this company's tours.

Toting a whole load of spine-chilling adventures, Mercat Tours is a great choice for anyone looking to be scared out of their skin. Either uncover the sinister side of the Old Town or explore the Blair Street Underground Vaults and Canongate graveyard. At this late-night ghost tour of Edinburgh, you'll hear about the city's grisly past, including cannibals and deals with the devil - with atmospheric storytelling by candlelight. All that fright is sure to make you thirsty, so for a post-ramble tipple, head on over to The Conan Doyle. 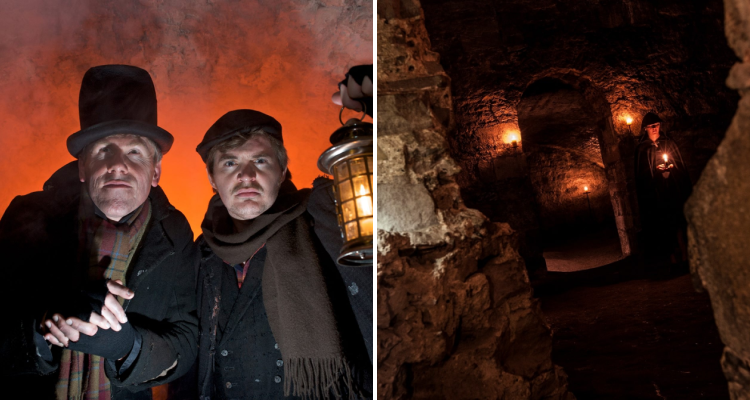 In search of Edinburgh ghost tours for over 18s? Mercat hosts a range of adults-only experiences.

Auld Reekie Tours take you through Edinburgh Old Town’s most notorious vaults, found hidden beneath South Bridge. Not only did the destitute and wretched slum here, but also a dangerous criminal underworld. But if that’s not enough? You can also embark on a terror tour to uncover the gruesome torture devices used back in the 1500s, as well as an eerie exploration of the Greyfriars graveyard. Afterwards, fill your boots with scrumptious eats and craft beers at The Last Drop. 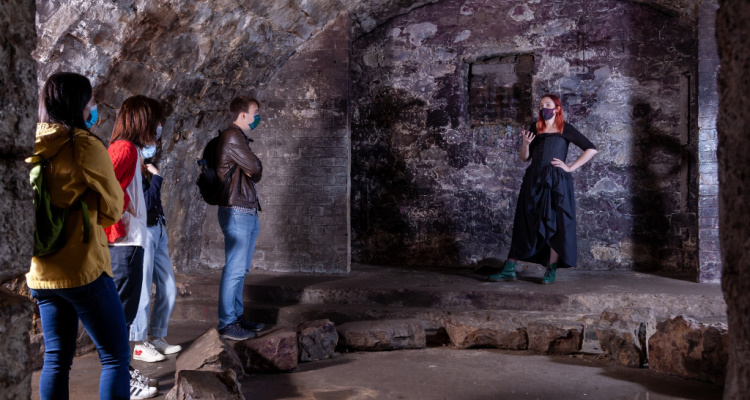 They also claim to be the only tour company to have authentic links to witchcraft... do with that what you will.

Historic Edinburgh Tours takes you on a private visit to Greyfriars Kirkyard, the world's most famous burial ground. Learn the terrible tales of many of the bodies that lay just inches away from you, as well as those of bodysnatchers, murderers and torturers. Once you've decided your heart can't take any more, grab yourself a table at Rose Street Brewery for scrumptious scran and liquid libations. 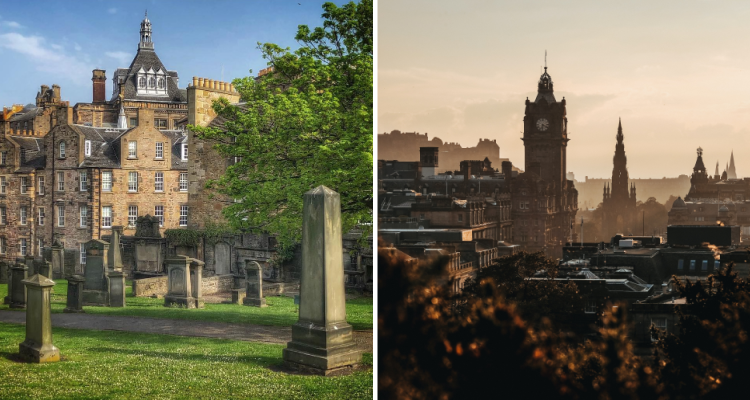 If you're in search of something a little more family-friendly, this one's a great shout.

From New Europe Tours comes this Edinburgh Dark Side Tour, where the city’s history of grave robbing, serial killers and witch burning will come to light. A terrifying two-hour trail, this will take you through one of two scary cemeteries, Old Calton Burial Ground or Canongate Kirkyard. You’ll also discover the mystery of the 17 doll coffins found at a secret sepulchre by Arthur’s Seat: are they a satanic spell or simply a superstitious effigy? Time to find out. Then, rest your feet and wolf down haggis, neeps and tatties over at much-loved boozer The Mitre. 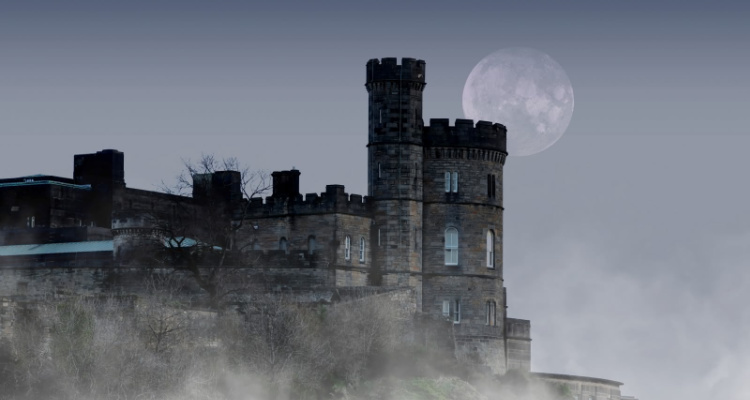 Edinburgh Dark Side Tour is set to be a blood-curdling bonanza.

Looking for more spooky things to do in Edinburgh? Check out this year's Halloween events right here and sign up to our future newsletter.

Quirky Bars, Restaurants & Things To Do In Leith

Quirky Bars, Restaurants & Things To Do In Leith