We Discovered Fine Dining At A Hidden Gem In New Town

I don’t know about you, but I don’t have much cause to wander the S-turn of Eyre Place – a rather uninspiring stretch of the New Town. But, on this cold October evening, I was glad I did, as lurking at the end of a short parade (is it still a parade if it’s just two restaurants?) I was welcomed by a warm glow from the windows of New Chapter. 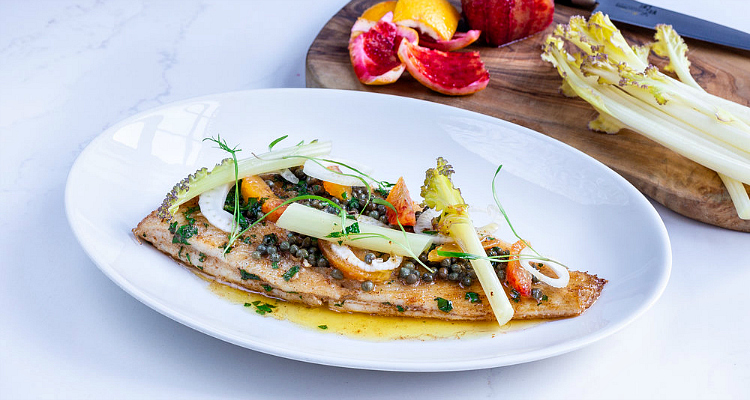 Scottish produce is at the heart of New Chapter's menu.

Inside, you’re greeted by an imposing bar, before the room opens up to your left with dark pillars and blue-grey walls. The crowd appeared to be families of tourists - who must be commended with their level of research - but as Monday evening moved into night, these families were replaced by a handful of couples seeking out cosy corners amongst the bare brick and floral displays.

We started off with organic prosecco (£6.50); described as having an orchard fruit character – which was more than accurate as it tasted like the first press of a crisp dry cider. It was accompanied by sourdough bread with butter and a homemade oil – a delicious green slime of olive oil and herbs, with dill and basil standing out amongst the crowd. 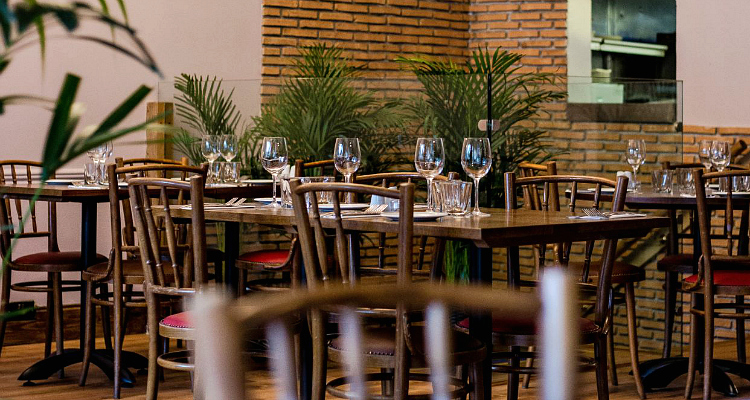 A family-run restaurant, New Chapter is a hidden gem.

I couldn’t resist the call of the venison ragu fritters (£9.50) with the interest-piquing addition of a sharp parmesan custard. My partner ordered the Orkney scallops with warm pork belly and black pudding terrine (£14) which arrived as cubes of soft, meaty seafood topped with a golden char underneath a pile of white girolle mushrooms.

By now we were ready for a look at the wine list, conveniently one of those divided by taste profile. We quickly settled on the Mendoza Malbec (£29.20, 500ml) with hints of spiced herbs and liquorice. For mains, my partner opted for two beautiful pink fingers of roasted duck breast (£19.50) - matched to daggers of salt-baked celeriac, beetroot and a handful of pickled blackberries. I was drawn to the large pink slab of Loch Etive trout with “potato risotto” (£18.50), which was accompanied with tempura oyster and a velouté that felt and tasted like fresh seafoam. 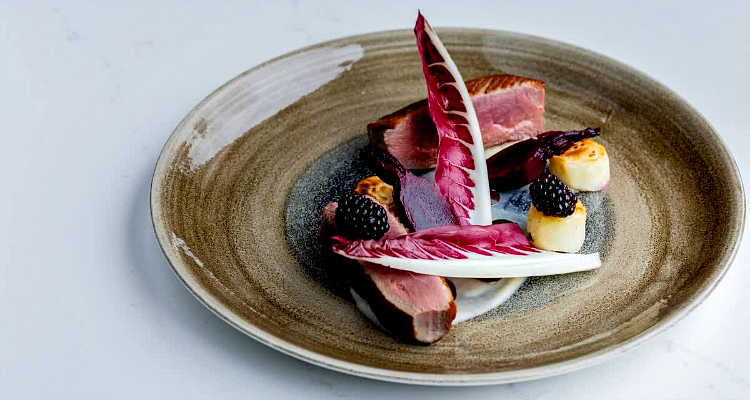 Duck with celeriac and blackberries? Go on then.

Dessert was for one – the mango and sea buckthorn pavlova (£7.50) provided chunks of mango and soft meringue, despite looking like a fried egg. Sadly, but perhaps predictably, those of a lactose-free disposition might find the offer of fresh fruit or sorbet a little uninspiring.

A neighbourhood restaurant that would be a credit to any postcode, New Chapter offers up fantastic Scottish ingredients in imaginative ways, with friendly unobtrusive service in a cosy setting. It's well worth making the short trip down the hill from Princes Street for.

Get your fancy foodie fix with a trip to New Chapter at 18 Eyre Place, Edinburgh, EH3 5EP from 12pm to 9pm Sunday to Thursday and 12pm to 10pm Friday to Saturday.

Whisky cocktail and tweed jacket connoisseur who believes any pizza is improved by the addition of anchovies.