A New Hidden Courtyard Could Be Coming To Cardiff's Arcades 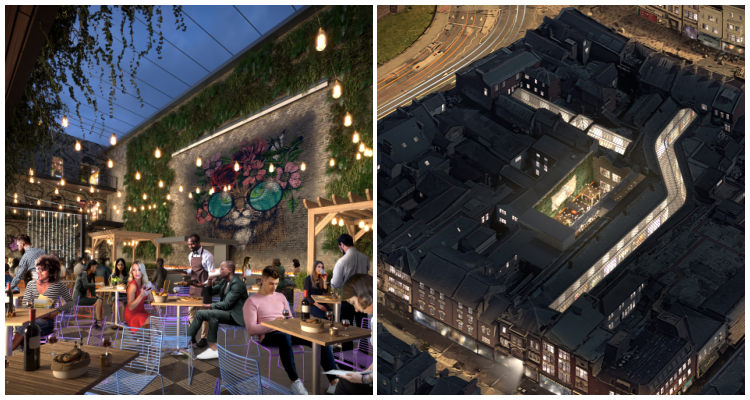 Plans to open a new secret courtyard in Cardiff have been revealed. Taking up the space behind Duke Street and High Street arcades, the Castle Quarter Courtyard proposal from Rio Architects (who provided imagery to accompany) suggests demolishing the former Emporium nightclub to make way for a charming outdoor drinking and dining space.

The club, which you may remember from the cult movie Human Traffic, has remained empty for almost 16 years now. So it seems pretty likely that the council would approve an application for a development that creates four new spaces designed for independent bars and restaurants.

While little is known about what exactly Castle Quarter Courtyard will look like, it does seem that original features will be exposed, with a large balcony running along the first floor to enhance the Grade II-listed buildings. This will allow the incorporation of several potential retail spaces as well as the new hospitality ventures.

The proposed Castle Quarter Courtyard will be located between the High Street and Duke Street Arcade in the city centre, CF10 1QR. Opening times and dates are yet to be announced.