Celebrating The Golden Age of High Society at Grand Pacific

When somewhere so boldly brands itself as “the home of exotic cuisine and sophisticated sipping”, you know you’re in for one helluva treat. These are the claims of the Grand Pacific bar and restaurant in Manchester city centre which is gathering quite the following around its worldly flavours, notorious mixology and drop-dead-gorgeous decor. 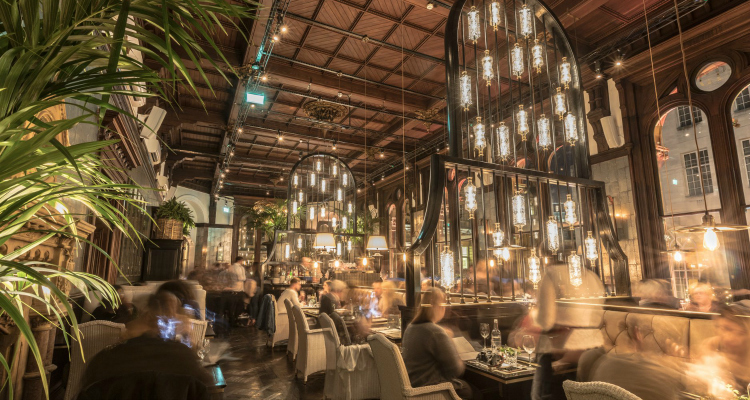 Formerly the Manchester Reform Club, the space has now been turned into one of the most stylish restaurants in the city.

Now, I don’t want to jump the gun here and reach the climax before I’ve even teased with any build up but I really do think decor is where Grand Pacific excels. The vibe and venue is, without a doubt, supplemented by its extensive repertoire of great food and even better cocktails (which I’ll come to in just a moment) but it’s the Grand Pacific experience as a whole which these guys have truly smashed out the park.

It has had a generous leg-up being situated on Manchester’s coveted Kings Street where the modern-day high society like to ramble. Cross over the dimly-lit threshold though and you’ll see this place is a beguiling encounter all of its own, without any assistance from its en vogue locale.

A climbing spiral staircase leads to a vision of opulent modern decor in the lustrous bar and dining hall. An interesting contradiction for a Victorian building with many of its authentic features still in tact. Pendulous light fixtures swing from lofty ceilings and well-dressed tables circle a grand, central bar. It’s upmarket and extravagant without being too much in all it’s black and metallic glory.

Grand Pacific is all about 'sophisticated sips' with a slick list of tropical concoctions.

First thing’s first, let me talk about that Baked Banana cocktail from the shorts list. What a beverage to behold; a muddle of coconut rum, banana liquor, baked banana foam and cinnamon crust. I could smell it coming before it had even arrived. If this is anything to go by, the Grand Pacific cocktail menu is worth putting a bit of a dint in your bank balance for.

On the food front, my partner in dine and I were particularly impressed with the ‘Thali’ sharing plate, which was a technicolour collection of sticky chicken skewers, forbidden rice balls, crunchy vegetable fritters, tasty duck gyoza and chunks of tender chicken karaage, and a great way to sample the menu.

We were also enamoured and utterly intrigued by the Buri Bop Korean Hot Plate which came served as a perfectly formed mound of rice and a raw hen’s egg yolk on a sizzling plate which can reach up to 150 degrees. Onto this, the diner pours a sweet Korean golbi sauce to cook their own ‘egg fried rice’, along with their choice of protein. We went for sashimi salmon and thoroughly enjoyed the interactive style of dining that this innovative dish offered. 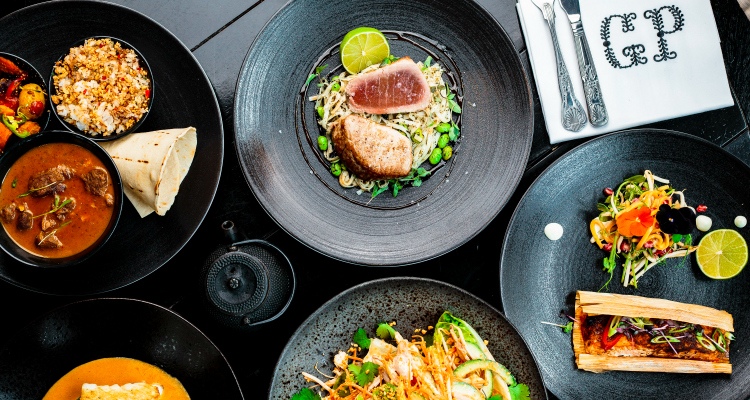 The venue has a new light menu ready for summer munching.

If you’re after a dining and drinking experience which is going to take care of all of your senses simultaneously, this is amongst the strongest contenders the city has to offer. The place looks phenomenal, you’ll be treated like royalty, flavours across both food and drink menus will leave you spoilt for choice and well, you can only imagine the aromas dancing about in the air. For something a little special, this is not one to be missed.