War Games: What Happened When We Tried Out 'For King And Country' 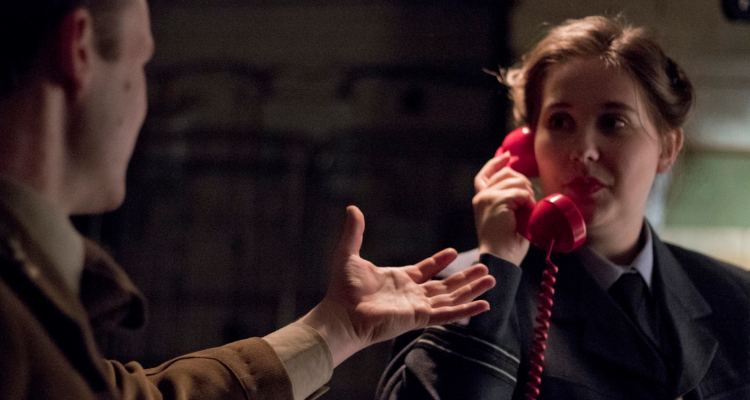 A small team of actors bring this immersive theatre experience to life.

My heart is thumping, my mind is racing and I’m frantically stabbing at the keys of a vintage typewriter - is this the hot, new, holistic workout for the modern creative? Kind of - it’s the latest production from immersive theatre company Parabolic.

Located in the COLAB Factory basement, For King And Country is an alternative history of the Second World War brought to the fore by this crack team of story-makers. The Nazis are attempting invasion on the south coast, the majority of the nation’s parliamentarians have been wiped out, and just a small group of surviving MPs remain to make the decisions that could win or lose them the war - we, the audience, are those designated survivors.

Led by Douglas ‘Dougie’ Remington-Hobbs – resident civil servant and interim speaker of this makeshift house - For King And Country is modelled around strategic role-playing games. While the actors guide us towards various ethical dilemmas, tasks and challenges, ultimately the outcomes are determined by the decisions of the crowd.

Audience-members are required to nominate themselves for government positions. I run for Shadow Minister for Propaganda, citing my great (fake) credentials, which include a (made-up) stint at the Hull Daily Mail, and I (actually) win! The job mainly involves writing public speeches for radio broadcast, and testing out your typewriting skills - luckily I already had some training in the latter because while some kids get playstations for Christmas, others get Olivetti Letteras; variety is the spice of life.

As the action heats up you’ll find yourself melting into the role. You’ll be summoned into corners, answer telephone calls, analyse maps, deploy code words, debate all manner of ethical dilemmas from chemical warfare to creating a united Europe, and make use of the fully stocked bar. Progress reports crop up periodically to find out the outcomes of the tasks - both the collective and individual ones - which are predicted by an off-set researcher. This is where the beauty of For King And Country lies, because, for all my adventures in speechwriting, there were two dozen other adventures taking place in that bunker that altered our particular results. Each individual was on a separate course of action that had the potential to drastically change their own experience and that of those around them. Honestly, it's an existential nightmare.

And while there’s a million other aspects I could divulge about all the cool stuff I did at For King And Country - how we 'won' the war, why at one point my friend turned to me, visibly shaken, and said, "I think I did a very bad thing" - I don't want to give the game away too much. So just go, okay? Because aside from everything else I need someone to talk about this with.

For King And Country runs every Wednesday to Sunday until the 29th of July at COLAB Factory, 74 Long Lane, London, SE1 4AU.