2021 was an eventful year. There was the ship that got stuck in the Suez Canal; KimYe was no more; Facebook went down for 6 hours… but that’s not all. Amidst lockdowns and having to book for the pub, Soho welcomed Park Row – a huge venue themed after DC Comics most popular characters, and promising multiple bars and restaurants with an elevated edge. 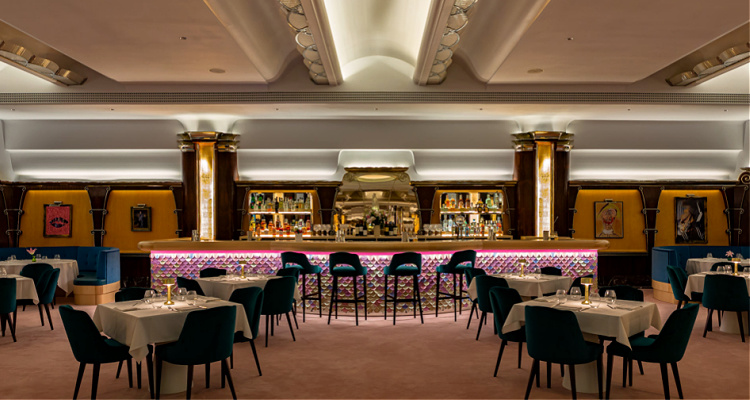 Beyond shots of dishes, photos of cocktails pouring from picture frames (yeah, you heard) and TikToks of the immersive dining room, I didn’t really have much idea what the cartoon-inspired plot had in store. Would it be filled with comic book nerds? After-work drinkers? Couples on boujee date nights? Turns out it was all the above. On the Friday we ventured down, we found a mixed bag of clientele. Diehard DC fans, one couple had come straight from a viewing of The Batman; while groups of twentysomethings were dressed to the nines in bodycon dresses, heels, and lashes.

Certain I was on the wrong street, I had almost walked past the nondescript entrance. What seemed to be a library provided the front for the underground venue, before a huge spiral staircase with pulsating light beams took us to the sprawling space where we drifted past Pennyworth’s Bar and clusters of tables to The Monarch Theatre. Named after the infamous location where Bruce Wayne’s origin story began, it's the immersive dining experience I couldn’t wait to try. 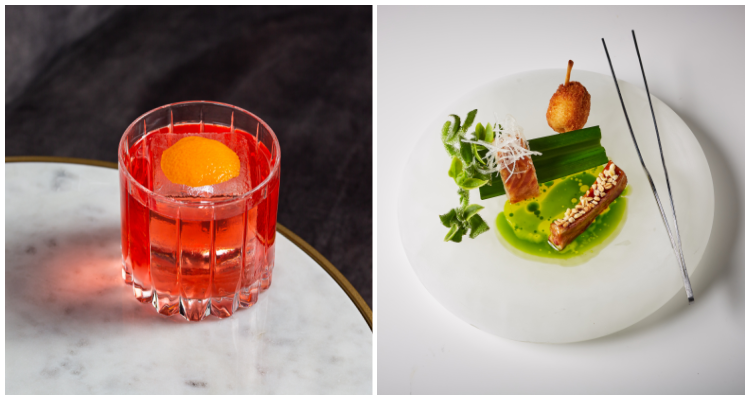 From cocktails at Pennyworth's Bar to dishes themed after Mr Freeze in The Monarch Theatre, the Park Row menu has it all.

The first ‘act’ began with a welcome drink upon ‘check in,’ as a Chuckles the Clown fortune teller machine decided on our first cocktail. Eased in with a ‘light’ concoction for me and a ‘dark’ one for my date, we were shown to the room where all the action would take place. One large white table and plush (I really mean plush) armchairs were to be our setting for the next few hours. Alongside a meaty amuse bouche and red wine pairing, we were all given a Cryptex to reveal riddles… the start of many that would run through the night. Dishes and drinks poured out with finesse; like The Penguin’s mellow Orkney scallop tartare with caviar and gold leaf, and a whimsical parfait which was shaped at a mushroom and paired with a glass of red wine from Burgundy.

When we returned after the interval for 'act two,' the room was channeling Poison Ivy, with a foliage-laden table, logs holding Midori cocktails and fruity palette cleansers layered in coconuts. Next, it was all about Mr Freeze, as a smoked eel and pork teriyaki number arrived on a plate filled with water while dry ice filled the room. For Catwoman, a giant edible pearl, before the Dark Knight's truffly steak stole the show. Doused in a bone marrow sauce and perfectly pink in the middle, it was complemented by a jammy Californian Sauvignon red. 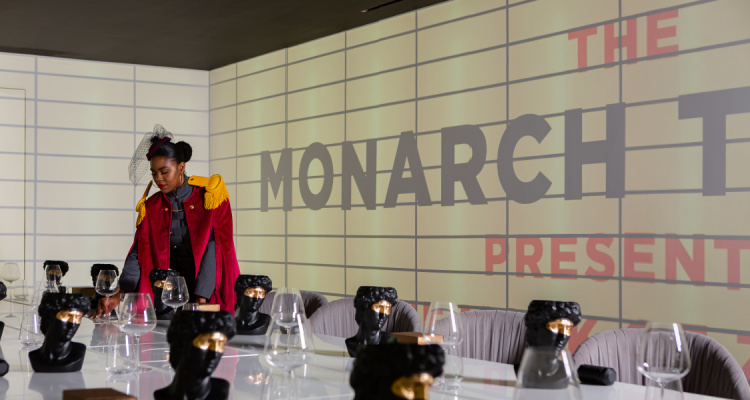 The Monarch Theatre immerses you with projections, light shows, actors and plates that draw inspiration from DC characters.

I really could go on about the food; whether it’s Harley Quinn’s hot martini ‘soup’ or the chocolate ganache with gold leaf inspired by Wonder Woman’s lasso, but I can’t forget the immense visuals either. There were floating dishes, dry ice that engulfed the room, and more interactive elements. Each plate was met with projections that flooded the walls – taking us from a padded cell of Arkham Asylum to a room of playing cards, and even through space with Superman.

But what about the rest of Park Row I hear you ask? The venue is so multifaceted that we found ourselves staying almost 4 hours. After the dining experience ended, we settled on one final sip at Pennyworth’s Bar. With a live band providing the soundtrack and a nutty sesame old fashioned in hand, I imagine this is exactly how Bruce Wayne would spend his Friday night in London. 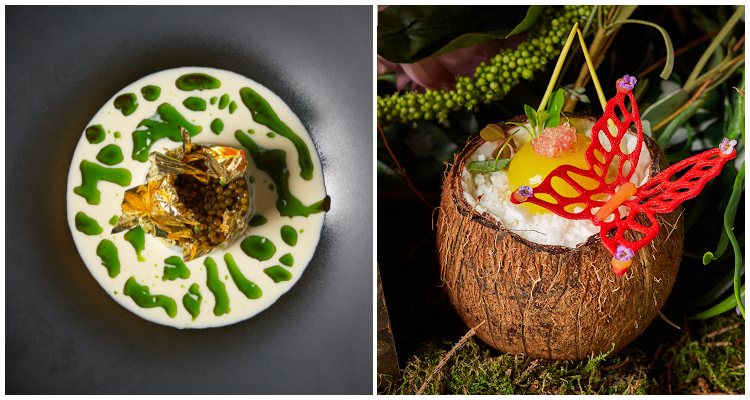 Batman restaurant? Feast your eyes on The Penguin's scallop tartare and a palette cleanser inspired by Poison Ivy.

It’s been helmed as an immersive Batman restaurant in London, but Park Row’s subtle nods to DC characters far and wide make it a fan favourite while simultaneously staying a sexy spot for those who came for the quirky drinks and quality food. The Monarch Theatre experience might not be the cheapest but considering the expansive menu and hours of effort the team put in, I’d definitely say it’s worth the price. Whether you’re a big DC fan or just came for the plates, you can expect a luxurious offering, with attentive service and an immersive experience that envelops you in the worlds of caped crusaders.

Discover more immersive experiences and sign up to our London newsletter for news straight to your inbox.