In the last year or so, boa buns have been creeping more and more onto my plate. From street food markets and pop-ups to restaurants specialising in those fluffy clouds, there’s plenty of places to find 'em in the city. One of London’s newest offerings is Bun House in Soho, a cute café + tea house, perched on the corner of Greek Street. With the promise of traditional Cantonese style food, we headed down for some tasty bun fun.

At 7pm on a Wednesday, Central London is a little hectic. After working our way through the theatre crowds, we were desperate for some refreshment. Walking into Bun House, their cosy and intimate space proved to be the perfect retreat. The interior design of the venue was stunning, like stepping onto the set of Wong Kar Wai’s ‘In the Mood for Love’; the white exposed brickwork, turquoise ceramic seats and green tiled flooring completely swept us up into the world of a traditional Chinese food stop.

It was a sunny day so all the big windows had been opened, making the venue both light and airy with the sounds of a bustling city outside. The tables outside were occupied with couples drinking and chatting leisurely over trays of food. The venue has an open kitchen in one corner which was creating some seriously delicious aromas, so we took a seat at the only available table and studied the small paper menu. 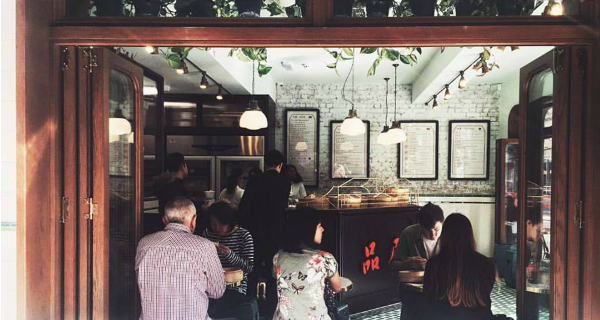 Bun House is the perfect example of well thought out, fast casual dining.

For drinks, you have a selection of wines, Chinese craft beers and cocktails to choose from. Looking for something cold and refreshing, we opted for two of the craft. On recommendation, I opted for Island 1842, a bold IPA with slightly fruity hoppy flavours, it was a delicious beer but at a roaring 8%, one was enough.

They suggest 2-3 buns per person, so out of the seven on offer, we chose the pig, fish, chicken and veg buns. Unlike some boa buns, Cantonese ones are closed, meaning when we got ours, the only way to know which was which, was by matching the red symbol on the buns to the menu on the wall. We did that for the first two, but preferred the surprise of biting into them without knowing what was inside for the rest. Our standout buns were the Pork Bun – sticky bbq pork belly and the Chicken Bun – soft grilled chicken thigh with miso, both salty fillings working perfectly against the fluffy, sweetness of the dough.

To complement the bao buns and throw in a mix of textures, Bun House offer you a selection of house pickles and various sides. Their ‘house fries & mayo’ are as far from a potato as can be, as they are actually deep-fried duck tongues. After my 8% beer, the crispy fried bits of meat were going down a treat and I kept going back for more.

With two sweet buns to choose from, we opted for the Red Choc Bun. It was the same fluffy dough, but this time around the bottom side had been slightly fried, taking the texture to a whole new level - slightly doughnut-esque with a golden crisp. The filling of deep, bitter chocolate is thickened with blood making it extra gooey with a slight hint of chili added as whole new level of flavour. 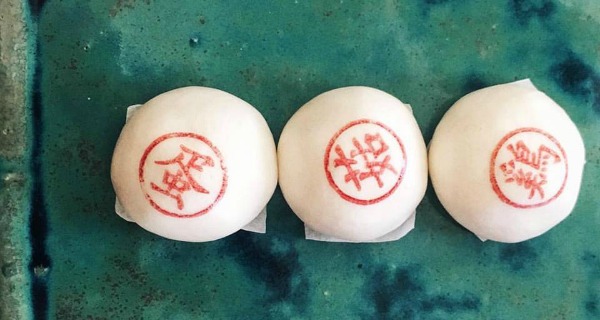 Surprise buns can be found at every turn during a meal at Bun House.

Casually sitting in the middle of the West End, we never expected to get such an authentic Cantonese experience. Bun House offers you a completely traditional menu, and whether you’re after a quick bite, leisurely meal or want something to go (their takeaway means you’ll never need a 99p burger again), their delicious food and great drinks tick all the boxes.