Growing up with a Nigerian father and Irish mother, veggie dishes weren’t something I often had at home. Always a side dish to a meaty main event, anything that grew from the ground saw little action. But these days, plant-based dining is at the forefront of the meat-free wave, with vegan options and inventive substitutes being the norm. One restaurant that’s spearheading the veggie tasting menu revolution? Bubala. 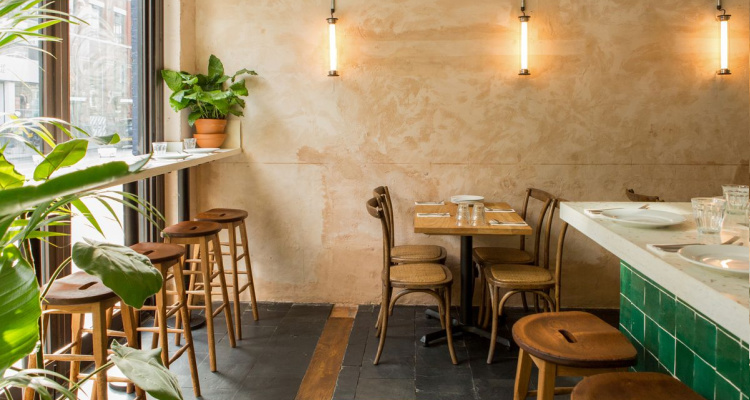 Bubala's interior is stripped back and earthy.

Located between Spitalfields and Aldgate, the tiny plot is so covert that I walked right past it. But the dark façade gives way to neutral décor, candlelit tables and a vibrant green bar that’s hard to miss. I’d hoped to visit Bubala back when it first opened, and as I finally secured a table, Rona got in the way. While friends ordered ‘Bubie' to go and DIY kits through lockdown, I held out to see what all the hype was about in person.

Unlike many venues that I've seen become lax with reopening measures, this East London restaurant is COVID-secure, with our host making sure we’d checked into test and trace and squirted hand sanitiser before seating us at a table divided by its neighbours with plastic screens. It might not be as sexy as I imagine it was pre-pandemic, but the atmosphere was still abuzz. 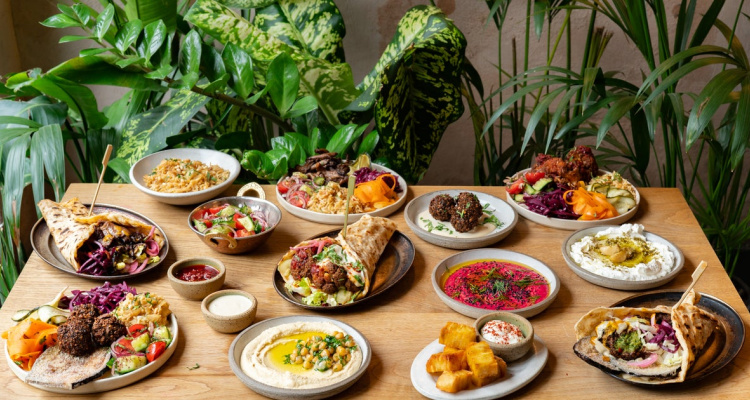 With the Bubala Knows Best menu, you can try all their standout dishes.

Sure, we’ve seen tasting menus and sharing plates done to death, but Bubala Knows Best (£32.50pp)  is bringing a fresh style to the table. With nods to Tel Aviv (Bubala is a Yiddish term of endearment, often used by grandmothers to children), the kitchen is doing away with the fuss to get its Middle Eastern flavours on point. Chewy yet crunchy at the same time, laffa bread was accompanied by a creamy labneh drizzled with confit tomato and garlic oil and burnt butter hummus. Matched with a bottle of Grecanico orange wine (£38), it was a great start.

Dishes came out hot and fast from the kitchen, with oyster mushroom skewers so delectably smoky that it was as if they’d been grilled on a live fire. Halloumi was drizzled with black seed honey, though not as sweet as I’d hoped and a little tough. It was especially undermined by the stunning fried aubergine that arrived with it. I thought I’d seen it all with Robata’s impressive miso take, but Bubala's really had my mouth watering. Thick, plump discs of fried aubergine were somehow crispy on the outside and so soft on the inside, with a hint of sage syrup for sweetness and finished with a dollop of spicy zhoug… the kind of dish that elicits groans at the dinner table. 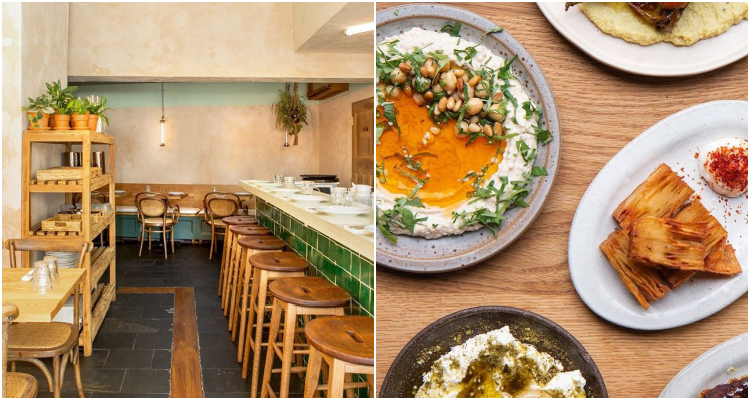 Simple but effective: neutral decor is matched with potato latkes and hummus.

It would be difficult to go anywhere but down after that glorious plate, but *those* infamous potato latkes were up next. It’s easy to see why they’re a staple dish, with buttery, crispy layers I could only dream of achieving in my own oven. If the latkes were the star of the show, then saffron roasted kohlrabi was more of a warm-up act, also dominated by an intriguing watermelon and tomato salad number. Somehow saving room for dessert, we finished off with rich, ganache-like chocolate truffles coated in a dark dusting and a coconut cream panna cotta drenched in a fragrant hibiscus sauce and nutty sesame brittle.

When Bubala say they know best, they really do. With a warming interior and dishes that knock it out of the park, this is one we'd recommend whether you're 100% plant-based or just dipping your toe into the world of meat-free dining.Those latkes aren't going to eat themselves.

Bubala Knows Best (£32.50pp) is available on weekdays, either as a vegetarian or vegan tasting menu. You’ll find it at 65 Commercial Street, E1 6BD. Discover more plant-based options with our list of London’s top vegetarian restaurants.