My worst ever press night was held at number 76 Commercial St. Needless to say, my face was a picture of pure joy as the penny dropped, and I realised that this was where Gunpowder’s younger sibling, Madame D, resided. With memories of pent up rage simmering away from my last visit, I put my best foot forward and gave this joint and its Himalayan food a fighting chance.

Like I said, Madame D’s has made its home in a place that resurrected bad memories, and it wasn’t until I weaved my way through the crowd, and spotted the narrow stairs that the lightbulb went off above my head. After my somewhat melodramatic ‘OMG I’ve been here before’ moment, I calmed down and clocked the change in atmosphere - this was no longer a place of waiting a half an hour for a less-than-average glass of pinot. Bartenders were quick on their feet and the crowd was chirpy with a large proportion being the after work crowd. Directed upstairs to the restaurant for our 7.30pm reservation, the same intimate room presented itself as it did before; but this time around it had more homely traits. The entire room was aglow from flickering candles that were atop simple wooden tables dressed with cutlery as chalk boards with loopy writing brought attention to the Himalayan highlights on the menu and marble-effect wallpaper caressed the walls. Refusing to leave this snug spot until 11pm, the table next to us seated three different sets of diners, and there was never a free table during our entire sitting. Walk ins rule the roost here, so don’t be surprised when you have to wait a while to be seated. 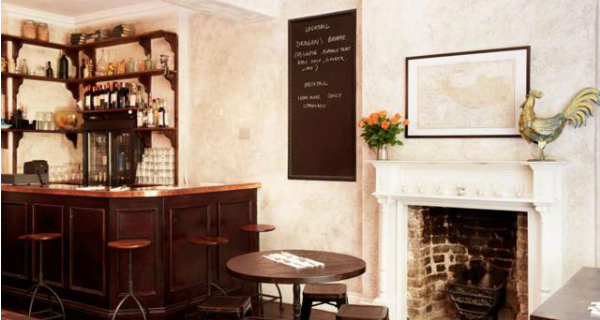 The remnants of this joint's past pub life is still visible with an old fireplace and dark mahogany wooden tables.

The Cocktails and Sharing Boards

With service a tad slow at the beginning of the night, we ordered a portion of the homemade prawn crackers with Sichuan pepper salt and Newari pickles to keep us going until our first round of drinks arrived. Not ready for what was to come from a couple of crackers in a plastic takeaway bag, and a bowl of pickles and a side of strong spicy sauce - our tongues were bombarded with constant explosions of heat and flavour. A couple of crackers in, we were swiftly served with a classic margarita £10 and my choice of rhubarb martini £10. The margarita was punchy with a neat, salted rim, and the rhubarb martini was surprisingly smooth, and easy to drink. A dangerous option if you plan on numbing your tough day at the office with a couple of cocktails. 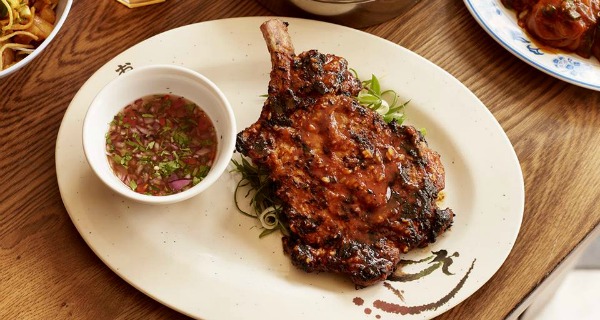 The Tibetan pan fried duck leg was flawless, and one of the most impressive dishes on the menu.

After ordering from our server, a steady stream of dishes arrived from the kitchen; the first being the Naga chilly beef puff £3.50. It was a little round ball of bliss, enveloped in thick pastry, stuffed in the middle with tender beef. Take my advice and order two of these (we made the mistake of going for a single portion). The Himalayan fried chicken £10 came wrapped in a crisp batter, conveniently sliced into strips. The meat was tender and moist with hints of garlic and ginger coming through from that initial first bite. The stuffed aubergine with mushrooms £9.50 was, by far, the most surprising thing ordered, though. It was one of the meatiest dishes on our table with chunks of fleshy mushrooms crammed into the body of the aubergine, smothered in a palate-warming spicy sauce, and a generous sprinkling of crushed nuts. With such strong and powerful plates on the table, the Masala lamb tiffin noodles £15 fell to the back of the pack in terms of flavour. However, the noodles were soft, the vegetables plentiful, and the yoke of the fried egg gave an interesting contrast until the yellow of the yolk disappeared. The Tibetan pan fried duck leg £12 stood strong against the rest of the dishes too with the meat rich and falling from the bone without much need for cutlery craftsmanship. For dessert we shared two scoops of stem ginger ice-cream £5. It was wonderfully creamy but I found the ginger overpowering towards the end. 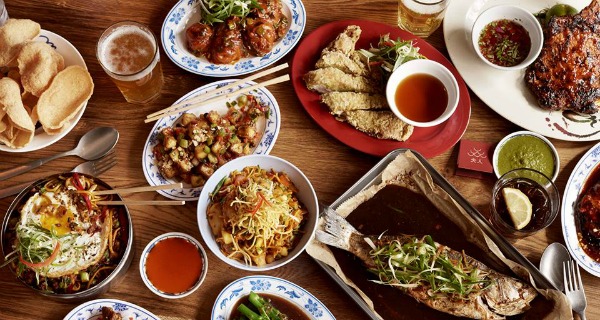 A wide variety of dishes can be found at Madame D's; from vegetarian-friendly aubergine to tenderstem broccoli .

We’re all guilty of being wrapped in cotton wool when it comes to being adventurous with new foods. Sometimes it’s important to step outside your comfort zone and Madame D’s was a prime example of why you should take that leap. The menu, which is heavily influenced by the Himalayas (India, China, Tibet and Nepal), and it left chopsticks flying, tongues wagging and eyeballs watering. The use of spices elevated each dish to a new level and rumour has it, that they’re going to be opening a new basement bar soon; giving me more than one reason to return to the place that, once upon a time, made by blood boil.