I visited the Highlands for the first time this January and it was everything I had hoped for; untamed, novel-inspiring beauty, local beers and enough whisky to fill Loch Ness. So why Andy Waugh and Calum Mackinnon would ever leave such a mythical place is beyond comprehension. And while I may not understand their departure, I’m truly grateful it happened as without it we wouldn’t have Mac & Wild, and consequently we southerners may never have tasted some of Scotland’s best produce.

What started as a pop-up has now morphed into two restaurants; the first in Fitzrovia, and the second Mac & Wild - which I visited - in Devonshire Square. Despite its City postcode, the restaurant is far from the main suits and soulless-eyes drag, and like Narnia's Wardrobe, the further you go, the deeper you enter Highland's territory. Reminiscent of a giant hunting lodge, Mac & Wild is all leather booths, chunky wooden tables and mottled black walls - I half expected a hunting party to come staggering in.

If you’ve truly had enough of London’s skyscrapers, it’s downstairs in the shooting room that you will find real escapism, as the spot has installed a giant projector, a corner bar and virtual shooting experience. Over the course of the hour, we were locked in a downstairs room with poor Tim, who had to attempt to teach two tipsy, gun-wielding DMN employees how to shoot. While it turns out that precisely zero animal simulations' lives were in danger at my hand, dressing up in tweed breeches and jackets and recklessly aiming at the wilderness was seriously fun. 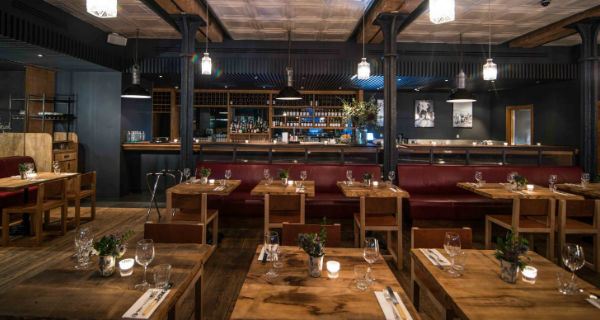 Describing themselves as champions of Scotland, Mac & Wild have created a menu full of game and steak, the majority of which can be traced to founder Andy Waugh’s family farm. The menu might not be massive, but it has enough crowd-pleasing decisions to keep you ‘umming’ and ‘ahhhing’ while working through their whisky-based cocktail menu. There's also a nightly cocktail special, which happened to be a Scottish Negroni (£9). No prizes for guessing the twist on this one, as Buckfast syrup was added to the classic formula for a slightly sweeter take.

Eventually we settled on dinner; starting with the eponymous scotch eggs (£6.50) which updated a childhood favourite with smoky flavours of venison, black pudding and haggis. Mackerel Pate (£7) came in a great mound, perfect for heaping high on the teeth cracking sourdough. While they may well have one of London’s best burgers (the Venimoo), we decided to see if the rest of the meat options were as formidable. The venison chateaubriand (£12 per 100g) was exquisite, served according to the chef’s recommendation of rare, and light enough to mop up the blue cheese sauce. I opted for the special of pheasant, which came in a thick bearnaise sauce undercut by a sharp balsamic sauce and sweet fig. 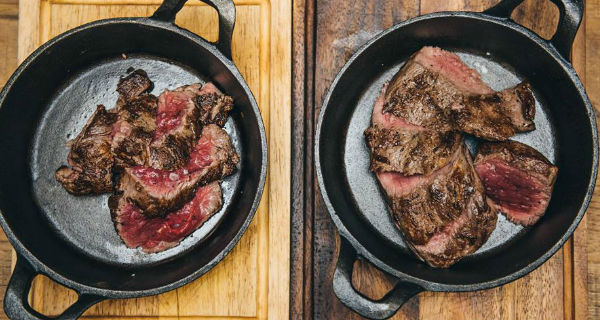 If there's one group of people that Scotland will never want to share its secrets with, it's most probably Londoners. Thankfully Mac & Wild are generous enough to bridge the gap; help north-south relations and get yourself over to Devonshire Square immediately for some of the city's finest steak and whisky offerings.