What Do Indiana Jones And This Bethnal Green Restaurant Have In Common?

We bang on about hidden gems so much at DesignMyNight that you'd think we were here to put Indiana Jones out of a job.

But while a hunt for London's finest sushi spot isn't comparable to that of a hunt for the Holy Grail, it can often feel just as treacherous. Some restaurants disguise the over-fished with an overzealous price tag, and some hide poor quality behind even poorer interiors; bar the toilets in the basement? Issho-Ni aren't hiding much of anything at all. 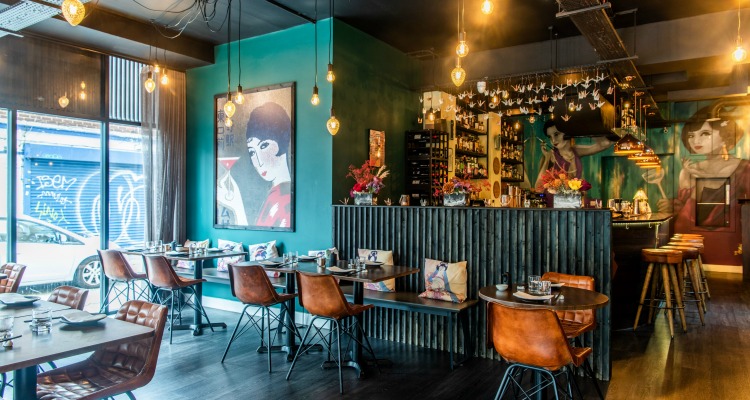 The roomy restaurant space errs on the side of themed thanks to murals and origami swans.

Tucked away on the blurred line between Bethnal Green and Brick Lane, and named after the Japanese phrase for 'together with', it's clear that owner Claire Su wants her passion for food and drink to trickle down in to the neighbourhood space (once the first noodle bar in the area). Making us feel like mates from the off, Claire and her team on the floor are clearly ardent when it comes to hospitality as a summary of the menu feels more like a retelling of their favourite stories.

Once we're done lapping up their tales of teriyaki and tataki? It's time to kick off with a cocktail... a place where Claire excels. Snapping up the Shisorita with ocho tequila, quiquirique mezcal, yuzu, agave and shisho (£9) I immediately get a feeling of good things to come. Flanked by a shiso leaf (of course), this tidy little tumbler was smoke and bite all rolled in to one thanks to a zealous dash of yuzu weighing down the Palenque-grown mezcal. For someone that denies herself a duplicate while reviewing a restaurant's cocktail menu? It's pretty much the only thing I drank all night. 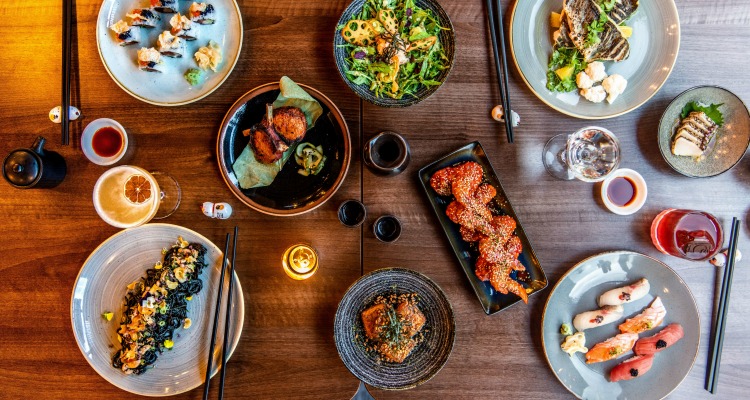 It's easy to load up at Issho-Ni thanks to a blend of sashimi, small plates and palatable bites.

Showcasing an unwavering love for Japan, the menu at Issho-Ni clearly wants you to have the best of the bunch. From big plates of yakisoba and grilled seabass to a simple sashimi menu, a selection of raw dishes, maki rolls and oshizushi (pressed sushi) it's a menu that dips its toes in all waters.

Following suit, our order was one of flitting decisions as we took up a mix of favourites and recommendations in the shape of mackerel nigiri (£2.30), California maki rolls with white crab meat, yuzu mayo and yuzu tobiko (£9.80), butterfish sashimi with a truffle and chive oil dressing (£8.20) and a mushroom katsu curry were preceded by fiery shrimp tempura with a smokey jalapeno mayo, chives and lime (£7.60).

The fiery shrimp tempura was a creamy concoction of lime and love that gave the shrimp a level of piquant known only to the gods, as a neat and petite mackerel nigiri popped in perfectly. And while my husband started a love affair with his mushroom katsu (no easy feat for the man who considers curry as a lifeblood)? I became enveloped in a plate of butterfish sashimi that rang of quality and satiny finesse.

I don't know if it was Claire Su's warm embrace throughout the night, butterfish as silken as its namesake or a katsu as exemplary as the service, but Issho-Ni is getting dining right. Had I been wearing a stonewashed fedora at dinner? You wouldn't have been able to tell the difference between me and Harrison Ford, because I found jewels better than those in the Lost Ark.

For more great sushi restaurants in London, check out our guide.