I’ve never been to Streatham, and never really though I would have a reason to go; however, when I heard that the Livelyhood Group had added a new venue to their collection, I decided to hop on the fastest train and make my way over. Next stop, The Mere Scribbler.

Found opposite Streatham Common, The Mere Scribbler is a charming pub and unassuming building. To a quick by-passer, it's quite unobtrusive, but on walking in, it couldn’t be more the opposite. The venue itself is split into two parts: on one side of an archway lies the drinking area where royal blue, white tiling and rough wood reign supreme. On the other side is a gastro-style, relaxed restaurant, leading onto a fabulous outside garden area. Fairy lights are dotted around the colour-rich garden, and for people like me who are cold in any weather under 20 degrees, there’s also heaters and blankets.

The atmosphere was busy, but not overwhelming. Groups chatted away as well as a few dates nights cosying up over a bottle of wine, plus the occasional whooping when one of the football teams scored on the TV. It was a comfortable ambience for any group size and a good way to start the evening. 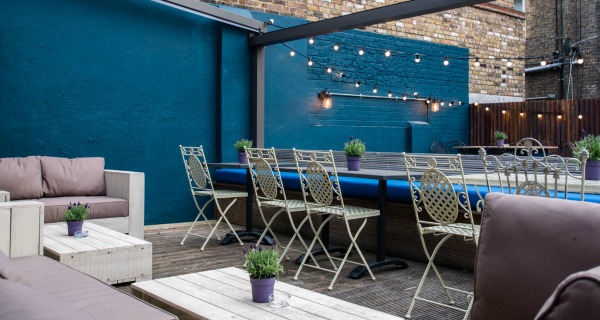 The deep royal-blue of the garden is a cool alternative to most green spaces in the city.

As we were shown to our table, we were offered one of their signature cocktails. Giving our helpful waitress our preferences, she zipped away and came back a short while later with a Peckham Martini and a Tuscan Summer (both £9). To start, we went with the Smoked Harissa Hummus with Sesame Seeds, Olive Oil and Pitta Bread (£5) and Crisp Chipotle Pork Belly, Kohlrabi and Carrot Slaw (£7.50) which were light enough to keep us hungry for our main, but a super tasty way to start the meal. The pork belly in particular was a show stopper with a sticky BBQ marinade, melt in the mouth lines of fat across the top of the meat, and slaw for a healthy and light balance. Dehydrated mushroom surprisingly accompanied the hummus and gave the dish a welcomed crunch.

We were equally delighted with our mains which consisted of 10oz Rump Steak, Mushroom, Tomato and Chunky Chips (£17), and Potato Gnocchi, Calvolo Nero, Swede, Garlic Chilli, Mascarpone and Shaved Parmesan (£12.95). Both exceeded expectations, in particular the gnocchi, which had a beautiful garlic aroma. This was complemented by the parmesan and the end gave a subtle spicy kick from the chilli. The steak was fab beyond belief: the tender meat had been seasoned superbly and was cooked to perfection. Both dishes really worked well with our choice of wine, a bottle of Via Nova - Pinot Grigio (£22).

Completely stuffed from our mains, but not the kind of people to pass on a dessert, we opted for a Butterscotch Expresso Martini (£9) to see us off. A lover of Espresso Martinis, I had high expectations here, but this was just to die for. Sweet, but not overpowering, it was a great end to our meal and we might have even enjoyed one or two more in the garden. 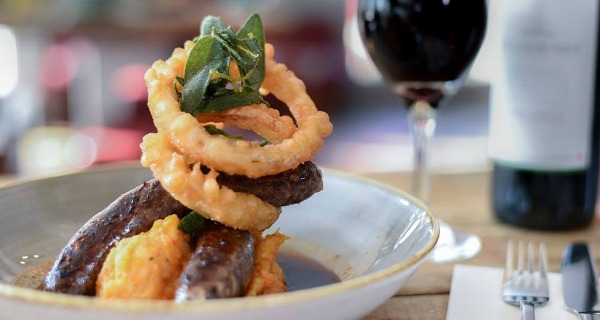 Rich, British dishes with a twist are what The Mere Scribbler seemingly do well.

Like i've already said, I really had no reason to go to Streatham, but I will definitely be back to try more of what The Mere Scribbler has to offer. It's perfectly situated next to the common so an ideal spot for Sunday lunch before or after a walk, or when you’ve had your fill of picnics. If you’re in the area with friends or family, stop by and have drink in their lovely garden - you won’t regret it.