Here's What It's Really Like To Climb A London Landmark 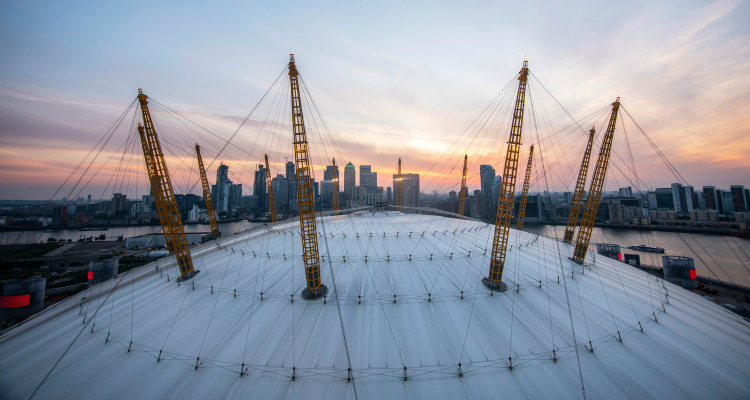 Book in for a sunset tour to see Canary Wharf in a whole new light.

Remember the Millennium? A time when Instagram was but a twinkle in the internet’s eye, ponchos were in and we’d all survived the predicted ‘bug’ that threatened to strike as the clock struck 12. Along with those seminal moments, the year also brought London a brand new landmark: a giant white tent dubbed the Millennium Dome which housed an exhibition that seemingly no one wanted to see. And then the Greenwich building sat empty for seven years until AEG took it over, redeveloped and brought in Bon Jovi to signal its new life as the now iconic O2.

While the inside of space is known the world over - hosting everyone from Prince to Elton John - it’s the exterior that had me trudging over on a rainy Monday. Up at The O2 is the unique experience that gets you to the top of the structure; after being kitted out in a very fetching blue boiler suit and strapped into my harness, we were led up some metal steps, snapped and taken to the start of the climb. While the O2’s white surface is unmistakable across London, we were actually climbing on a thin rubber pathway suspended over the building, attached to metal wires to ensure we weren’t going anywhere we weren't meant to be. 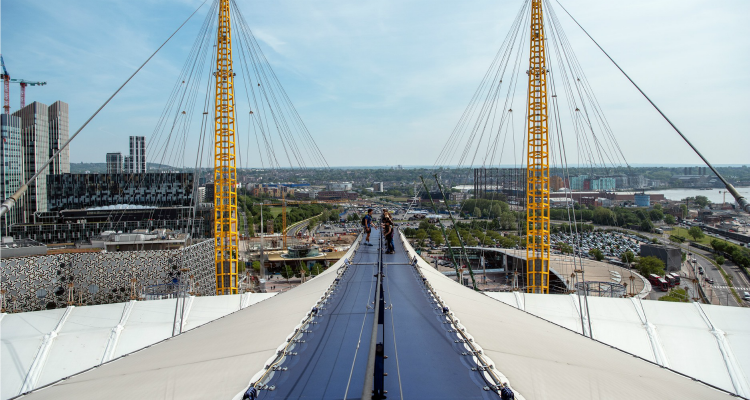 Special shoes, wires, clips and a rubber walkway will help you get to the top of the O2.

After a steep start, the ascent flattened out and within 20 minutes we had reached the top, greeted by the sight of Canary Wharf’s gigantic skyscrapers and the planes coming in to land at City Airport. If you’re after some content for the ‘gram that doesn’t involve holding a wine glass, this is the place to do it; with our guide Mark not only being a fountain of knowledge about the surrounding area but also a great photographer.

Perfect if you’re looking for a way to see the city that isn’t a rooftop bar and some water-y Aperol spritzes, Up at The O2 is do-able for all ages and fitness levels and can even sort Champagne at the top if you're not used to your views without booze.

Up at The O2 is a 90 minute experience with tickets starting from £30 which includes all safety equipment and a guide.