Underground Prison Cells And Pesky Poltergeists: Is This London’s Most Haunted Pub? 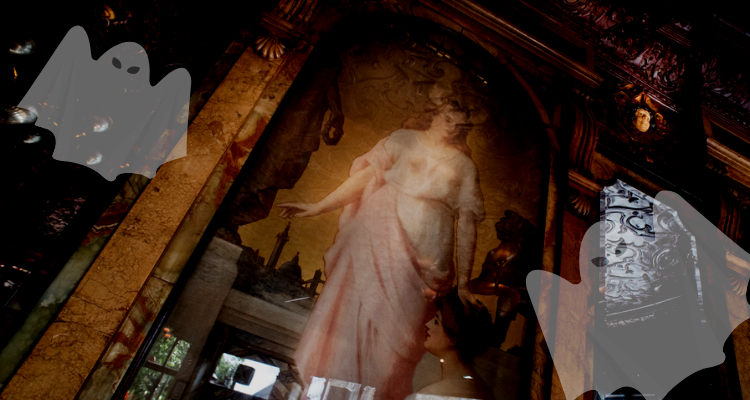 This Central London pub is known for its supernatural history.

There’s nothing quite like a freshly-poured pint, a comfy leather armchair and a cold shiver down the back of your spine. The Viaduct Tavern is the City of London pub that’s rumoured to have some extremely long-standing and not so friendly locals.

Situated opposite the building that was formerly Newgate Prison, this historic spot is one of the capital’s last remaining Victorian gin palaces and is decked out with deep mahogany furniture, elaborate ceiling roses and Renaissance-style art. It’s not just the charming interiors that draw in the punters though - but what’s alleged to lurk in the basement below.

If you’re brave enough to venture into cellar, you’ll find several disused prison cells, which apparently date back to the days when the plot was used as a debtors prison. And if that isn’t creepy enough? The boozer also just happens to overlook the exact spot that thousands of executions took place in the 1800s. Got goosebumps yet?

Previous tales include a couple of visiting builders in 1999 that claimed they felt a tap on their shoulder before the roll of carpet they were due to fit rose into the air, slamming back to the ground with a thud seconds later. A former landlord also recalls all the lights suddenly going out, the door slamming and hearing someone whisper "There’s just two of us down here now”. He was eventually rescued when his wife heard his cries, but the story has stuck in the minds of many.

For budding ghost hunters, The Viaduct Tavern offers annual seance sessions, and will often let customers peek downstairs to see the cells for themselves. And if you’re in need of a restorative tipple? There’s a well-stocked bar and a menu of warming toasties - just don’t be surprised if your plate suddenly disappears...

The Viaduct Tavern is located at 126 Newgate Street (EC1A 7AA). Find out more about the venue here.