This Immersive Festive Experience Has Got Live DJs, A Pop-Up Cinema And Bottomless Drinks 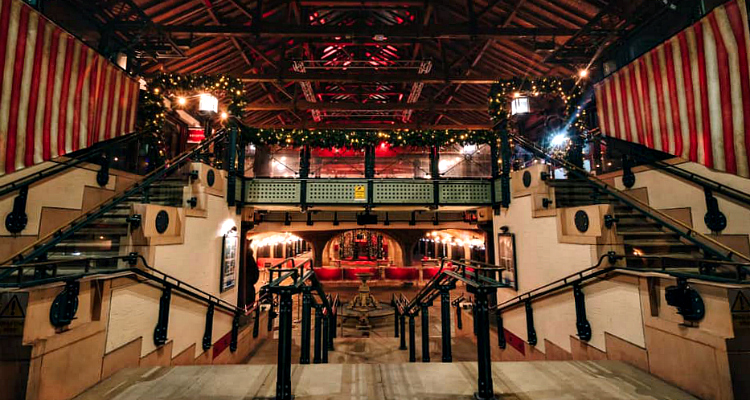 Big night out... but make it Christmassy.

Clubbing in London? We've seen it all... or have we? Not the average club night, Stardust LDN is making its debut with one hell of a blowout. Heading to Tobacco Dock for one day only, the immersive winter experience is promising much more than your usual pop-up.

As well as a lineup that includes heavy-hitters like Artful Dodger and Shola Ama alongside Shift K3y and Mike Skinner, there's award-winning DJs and some of the country's best up-and-coming artists. When you're not dancing the day away? There's a whole host of experiential elements to dive into...

From a Gypsy Shrine pop-up that'll have you glowing and glittered through to a themed roller disco from House of Dinosaur and the Luna Cinema's winter experience, your schedule is gonna be jam-packed. When you've worked up an appetite, there's a bunch of tasty street food traders to choose from; whether you're after Mrs Jefferson's mac n cheese or build-your-own pies from Pie Stack.