Sakagura Has Got An Incredible Floral Ceiling For Spring 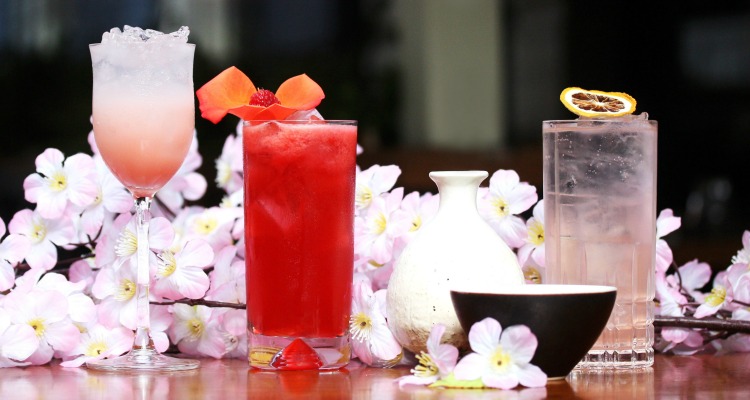 From Japanese sherry to cherry syrups, Sakagura is putting on a blooming spring tribute.

While us Londoners mark the arrival of spring with a few too many pints in a still-freezing beer garden and the premature baring of legs, Japan has Hanami: the cherry blossom festival. Want to get in on the action? Embrace florals for spring, ditch the plane ticket, and head over to Sakagura as the restaurant celebrates the old tradition on Heddon Street.

Tucked down a side street just off Regent Street, Sakagura is rammed on a Wednesday, with after-work diners and refuelling shoppers all craning their necks and snapping happily. The object of their affection is the ceiling, which has been transformed by a thick blanket of pink blossom, from which the occasional white birdcage is suspended, both popping with colour against the minimalist black shutters and pillars. 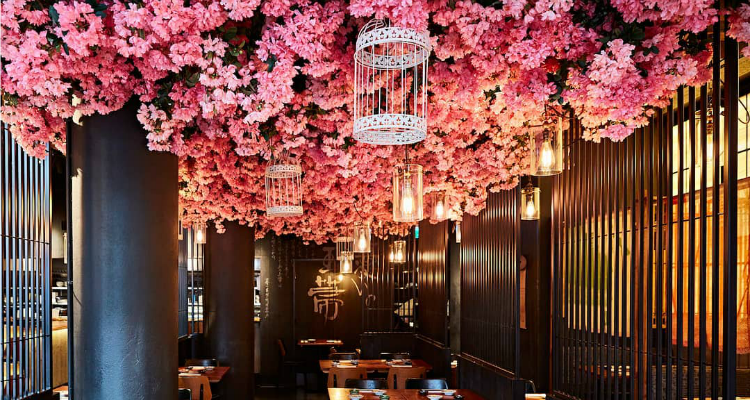 One hell of a ceiling awaits at Sakagura on Heddon Street.

The menu has had a seasonal dusting too, with Hanami cocktails that burst with floral notes and pastel colours. The Hanami Calling (£15) was light enough to sip all day, with a slosh of Japanese gin, honey, lemon, Umeshu (a Japanese liquor), and soda water. With cocktails as dangerously drinkable as this, we ordered from the sturdy food menu, which switches from sushi, through to steaks that are cooked DIY-style on a sizzling hot stone. I stuck with the salmon and broccoli, along with Nasu Dengaku (£9.50) - a plate of aubergine, that had been cooked til the flesh melted from the skin and blended into the sweet miso paste.

London might be pretty as this time of year, but Sakagura is prettier. Head to this crowd-pleaser for a light meal that will have you even more excited about summer’s arrival, as well as doing wonders for your Instagram aesthetic.

Hanami At Sakagura is taking place until 1st - 28th April, with four specially created cocktails in association with Gekkeikan.