Vegan Afternoon Tea? This Westminster Spot Has Nailed It

Disclaimer: I'm not actually vegan, although I did try my hand at Veganuary. And while I was on a plant-based diet, I was intrigued to try anything and everything to see if I could make the change permanently. So when I heard about The Rubens at The Palace Hotel's vegan royal afternoon tea (£60 or £84 with Champagne), I thought: would it be as good as a normal one? I decided I had to put the taste to the test and quickly booked myself in. 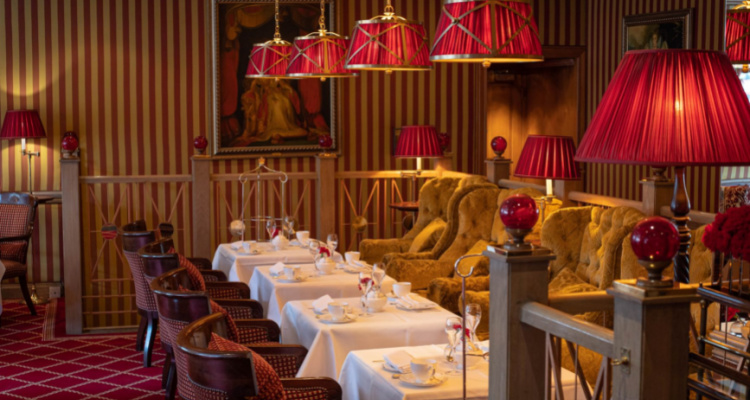 This place was seriously plush without being pretentious.

Sat prettily across the road from Buckingham Palace, this afternoon tea really does offer a quintessentially British experience. And lucky for us, my friend and I managed to nab a seat right in front of the window, which boasted beaut views of the Royal Mews. Inside, the place was decked out head-to-toe in burgundy and gold tones, with velvet curtains, dainty tabletops and piano music plinking away in the background. I didn't realise at first, but it was actually covers of old school classics, such as Say A Little Prayer and My Girl - you bet I was singing along.

To kick things off, we chose our brews. I went for the Planter's Afternoon, an artisan tea that was deliciously light and fragrant, with no need for any milk. My pal went for the Jungpana Tea Estate – 2nd Flush Darjeeling. She said it was delicate and tasty, almost like a herbal tea. We were also poured a couple of glasses of the zingy and fruity Lanson Le Green Label, an organic Champagne which added a little extra luxury to the affair. 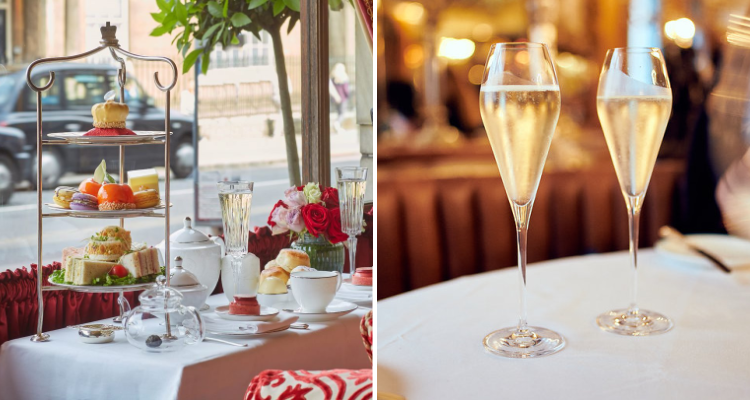 These delicious delights really were as good as they look.

When our sandwiches, scones and cakes arrived, they all looked incredible. I felt my hand reaching for the sweet treats, but had to quickly restrain myself so I could start savoury (the natural order of things, obvs). The finger sarnies were adorable - beautifully arranged and precisely cut. Flavours included roasted pepper and sundried tomato hummus, plant-based BLT, coronation pulled jackfruit, and wild mushroom parfait with Jerusalem artichokes, grated vegan cheese and truffle. I honestly couldn't fault a single one, with my favourite being the coronation jackfruit - it was so similar to the actual thing with a lovely texture.

Next up, we had our scones, which came in two flavours: matcha and plain. While I couldn't taste much difference between them, they were both so fresh they were still warm, as well as fluffy, light and sweet. They went down well smothered in homemade seasonal fruit preserve and coconut cream, especially with a few sips of our teas. 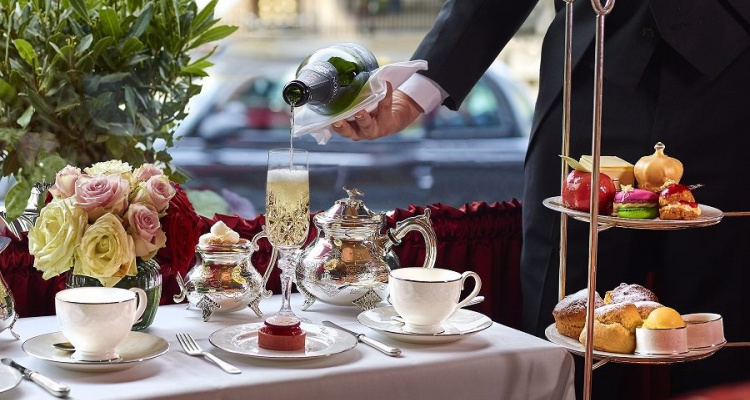 Decadence and luxury reign supreme at this spot.

Then we started devouring the oh-so pretty cakes. On the The Rubens at The Palace's website, it says the cakes are inspired by the Queen herself. And you know what? I think she’d be proud. The swede and ginger one was so moist and moreish - it actually tasted a bit like a carrot cake. And although I was really excited for the chai latte cheesecake, it was just a little rich for me. But the raspberry and pistachio tart with chocolate, plus the passion fruit and parsnip finger, were both gone in a quick second.

I think anyone would be very happy with this afternoon tea, vegan or no. All the scrumptious treats were tip-top, the interiors were gorge, the service was on point and there was just a lovely, friendly vibe to the whole experience. Were meat and dairy missed? Not in the slightest.