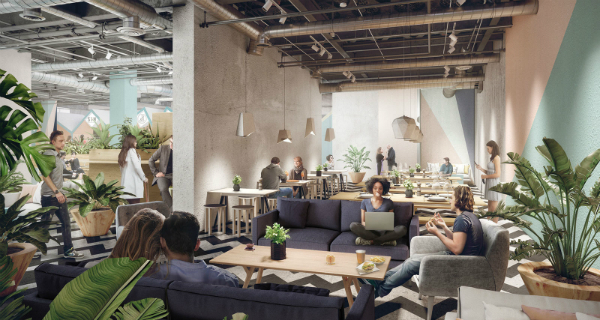 Would I eat in a canteen? To be honest, it makes me think of getting a splodge of rice pudding in a cold, loud hall on some school trip when I was ten. But Feast Canteen is hoping to put that reputation in the bin by taking over the food court at Hammersmith's King Mall and offering high-end cuisine with a sociable twist.

From the people behind Pergola on the Roof, they want to get rid of the notion of non-nutritious, mass-produced food by inviting an ever-revolving team of restaurants delivering some of the most delicious food in London (think the Avengers but with food). They’ll be launching with the likes of Born & Raised, bringing sourdough, artisanal pizzas packed with British ingredients and Salvation in Noodles, the super-popular Vietnamese joint in Finsbury Park. Meanwhile, you’ll be sitting in a cool, art-deco environment with greenery everywhere – basically, the perfect place to get that novel finished.

Feast Canteen is opening in the food court at King Mall in Hammersmith from January 2018.