After two years in a world where travel is limited, I’ve really been craving a taste of the Med (as I’m sure many other Brits have). Not just the sunny climes – although that wouldn’t go amiss – but the simple yet mouthwatering bites that are so easy to come by. I’ve missed the fresh-that-day ingredients, the convivial sharing plates and the lip-smacking flavours. So when I heard about the opening of El Norte? I just couldn’t wait to get my chops around its modern spin on Spanish cuisine. 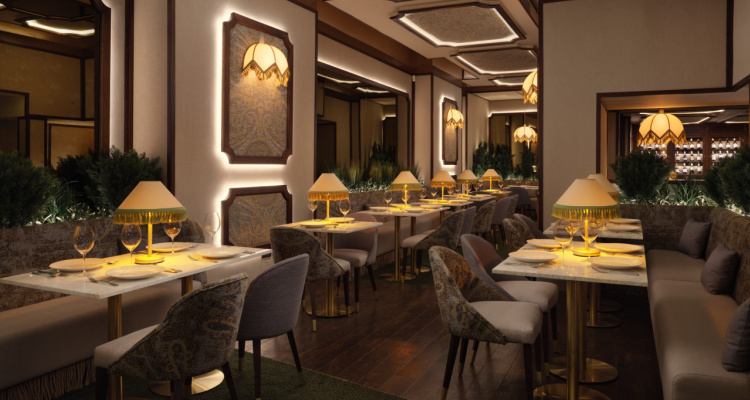 We were seated at a cosy booth in the back, which offered an intimate ambience and lovely lighting.

As I emerged from Green Park tube station and made my way down Dover Street, I couldn’t help but feel like I’d escape to another – very glam – universe. While being a born-and-bred Londoner, I haven’t spent much time in Mayfair, so it was quite the treat walking down the fancy rows of shops, each boasting a window filled with expensive dresses, snazzy tuxes and the like.

The restaurant fitted in nicely here, with a suited ‘n’ booted doorman and a mysterious looking exterior that pulled me in. And inside? While admittedly gorgeous, this place had a bit of a kitsch 60/70s vibe to it – but don’t get me wrong, it worked. Think tasselled lamps and paisley-patterned seating, as well as fake foliage brimming the walls. 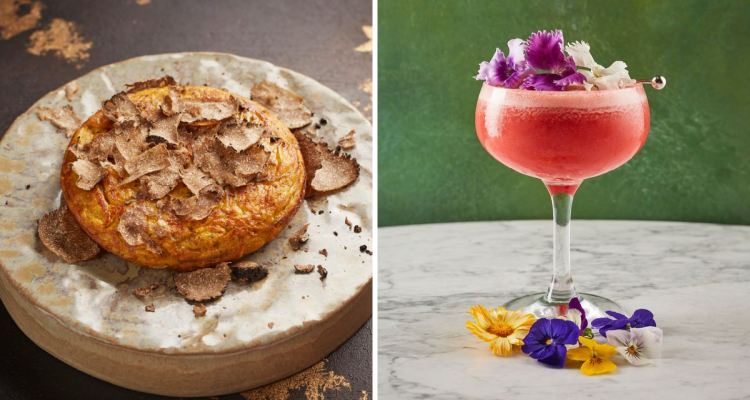 You've gotta admit, the food and drinks are seriously Instagrammable.

I had been eyeing up the cocktails on their Instagram for quite some time, so to kick things off, I went for the smoked bacon old fashioned (£18). It was a perfectly balanced mix of rye whiskey, choc bitters, bacon and wood smoke - sweet and tart at the same time. My friend opted for the zingy chamomile mai tai (£18), which combined rum-infused chamomile, orgeat, triple sec, honey syrup and lime. While we sipped away, the first of our many courses arrived; the ensalada de tomate (£13); this came dressed in a sweet vinaigrette and was deliciously fresh.

Next up, we had the croquetas de jamon (£9.5), which were ham croquettes on a bed of creamy guacamole. While huge, delicious and melt-in-your-mouth, they were a little cold by the time they arrived at our table. A truffle omelette with manchego cheese, the tortilla de trufa (£22), then followed. This was beautifully presented and, while tasting deliciously of truffle, the flavour was not overpowering and completed the dish nicely. My only downfall would be it was a bit on the salty side for my liking. While we chomped away on these, the pulpo a la brasa (£27) arrived on our table. Accompanied by pepper sauce and sweet mashed potato, the octopus was delectable. 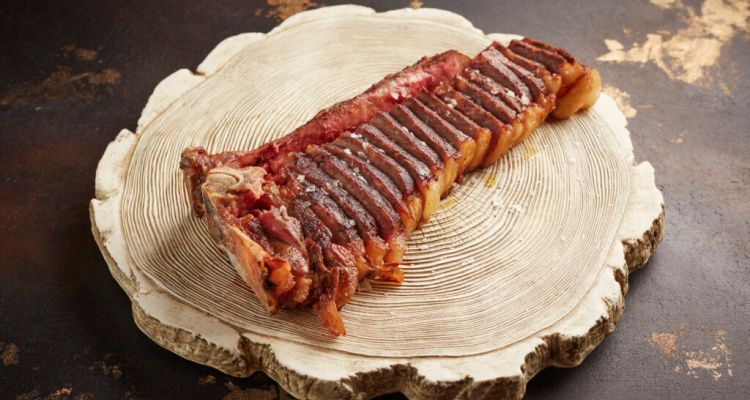 Head over to this joint for seriously premium cuts of meat that have been imported from Spain.

Now, for the piece de resistance - the pluma de cerdo iberico glaseada (£34). This glazed iberian pork, which was served atop fried potatoes, was a fantastic dish; the quality of the meat, flavours and cookery were all on point. To go with the cut, we nibbled on a bowl of patatas bravas (£8) and enjoyed a couple of glasses of the ramon bilbao (£13 each), a red wine that complemented the pork well. To finish, we were given churros with chocolate (£9.50). While I was incredibly full at this point, I just couldn't seem to stop shovelling these bad boys in.

El Norte really does take you back to sunnier climes. Not only does it champion the flavourful tastes of Spain, offering elevated spins on classic dishes, but it also boasts quirky yet sexy decor and heady cocktails to boot. And while a small handful of the dishes need a little refinement, you can tell that this one's on its way to being a popular spot, offering Londoners the chance to indulge in Mediterranean fine dining without the airfare.

Has that tickled your fancy? Discover more of London's Spanish restaurants and bars here.