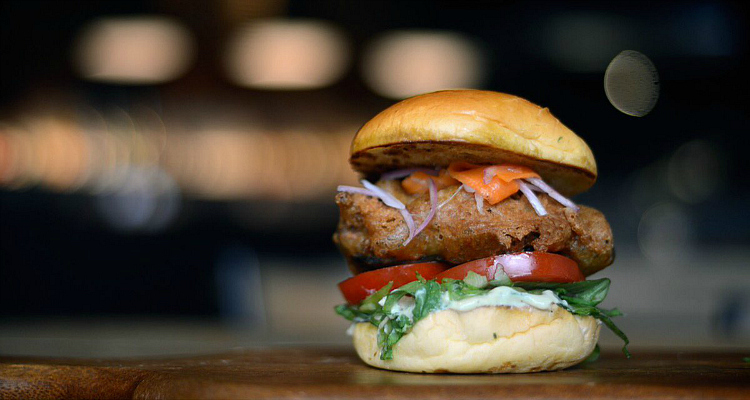 Bringing a slice of Jamaica to Deptford, Buster Mantis is shaking things up with a brand new menu.

Southeast London restaurant Buster Mantis has announced a new vegan menu, which may come as a shock to fans of their jerk chicken. Following two successful pop-ups with musician Denai Moore, the Deptford favourite has decided to go all out and collaborate on an entirely plant-based menu. That means for 3 months, you'll be able to sink your teeth into Jamaican takes on meat-free dishes.

Step aside mutton, saltfish and jerk chicken. With hot dishes at the pop-ups including faux saltfish fritters, jackfruit ‘fish’ burgers and braised aubergine brown stew, we've caught a glimpse of what's to come. Expect signature newbies, like the smoked ricotta dumplings smothered in thyme butter and topped with mizuna and red cabbage. Cocktails will still revolve around rum, with local beers from small independent breweries on offer alongside creative concoctions from sister bar Stockton.

You can try Buster Mantis' new vegan menu now. Find them under the arches of Deptford station at 3-4 Resolution Way, London SE8 4NT.

WHO IS SHE: International Women's Day at DesignMyNight

Brunch In The Secret Jungle Hidden 14 Floors Above The City