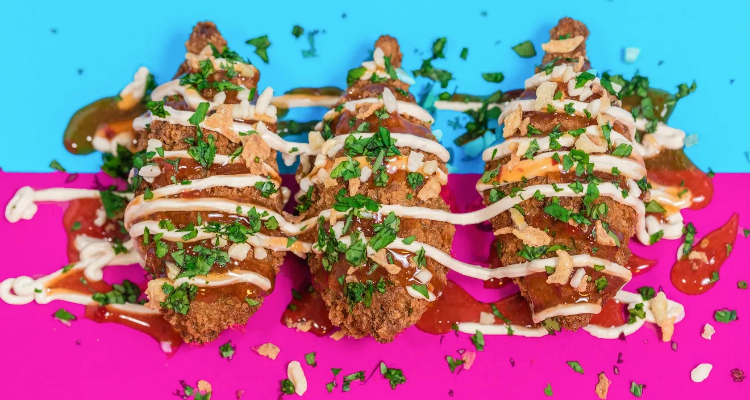 Alongside a soley vegan selection of beers, BrewDog Dalston is also putting Biff's Jack Shack in charge of the kitchen offering.

Plant-based dieters can breathe a little easier because as of this month BrewDog Dalston will be going 100% vegan. The first venue within the BrewDog empire to do so, the Stoke Newington Road bar will be teaming up with one of London's favourite purveyors of vegan junk food to bring you some of the most indulgent, meat and dairy free offerings in the capital.

The one and only Biff's Jack Shack will be taking over the kitchen to serve up a seriously filthy selection of cruelty-free plates. Think enormous jackfruit burgers topped with everything from deep fried mac and cheez to bacun and porcini mushroom gravy, alongside wings, loaded fries and even a sweet jackfruit pie.

And it's not just the kitchen jumping on the plant-based train. Aside from a small selection, BrewDog's beers are already predominantly vegan, but they'll be ramping up their efforts with a 100% plant-based drinks menu, including wines, spirits and soft drinks.

You can get a taste of BrewDog Dalston's vegan food and drink offering from the 14th of October at 33-35 Stoke Newington Road, London N16 8BJ.