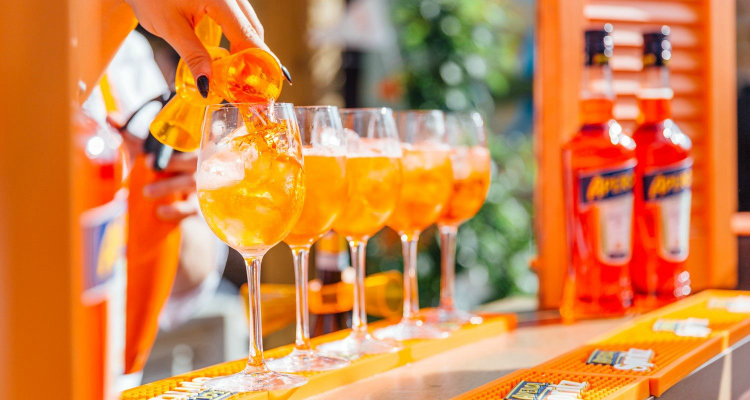 For three Thursdays across August and September, Bill's Soho is bringing you Aperol at the touch of a button.

Just because summer is coming to an end doesn't mean that Aperol season has to. Head over to Bill's Soho this month where they'll be raising the Spritz stakes with the launch of their new 'Push For Aperol Spritz' button.

Partnering with the aperitif, the restaurant will be offering guests the chance to score themselves some refreshing cocktails at the twitch of a finger from the 29th of August to the 12th of September after 5pm. It's as simple as turning up, pressing the magical button and watch a delicious drink wing its way to your table in moments.

Push For Aperol Spritz launches on the 22nd of August at Bill's Soho, 36-44 Brewer Street, London, W1F 9TB. It then runs every Thursday from the 29th of August until the 12th of September after 5pm.