Where To Get The Best Curry In Tooting

Often referred to as London's 'curry corridor', Tooting is a real hotspot for top-notch South Asian grub. But considering there is such an abundance, with some restaurants going as far back as the 80s, there's just so much to choose from. If you're not sure where to start, here's our guide about where to get the best curry in Tooting. From a popular Pakistani joint that is favoured by the city's mayor to retro beauts serving up traditional fare, it's time to get stuck in.

Something of a local legend, Lahore Karahi has been filling the people of Tooting's tums with authentic Pakistani grub since the mid-90s. Having had a recent refurb, the restaurant now boasts jazzy black and white floors plus pops of colour in the way of cushty chairs, as well as a pink, foliage-adorned haven upstairs. While you can't go wrong with whatever dish you choose here, our favourite is the lip-smacking chicken karahi, washed down with a crisp BYO beer, of course. 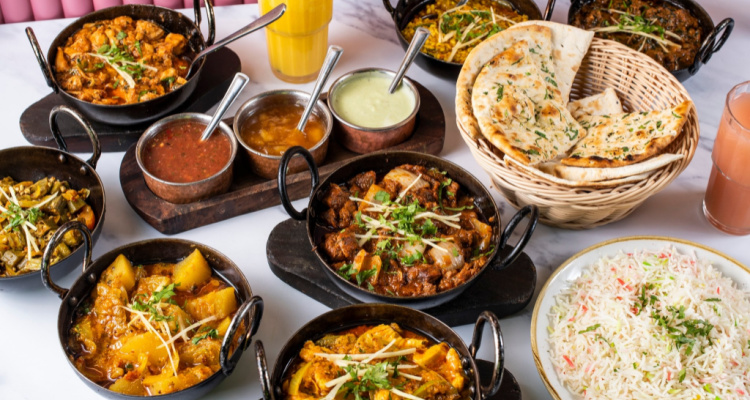 We've heard through the grapevine this is one of Sadiq Khan's absolute faves.

Mirch Masala is a bit of a stunner. The popular Indian restaurant on Upper Tooting Road boasts groovy floors and beaut lighting, not to mention its super-cool wall of plants. Most of its dishes are cooked to order on open grills, served in cast-iron pots and are wildly intense in flavour. If you're not sure what to go for, we highly recommend the Mirch Masala fish - it never fails to tantalise our tastebuds. And to top it all off, this place is also BYOB. 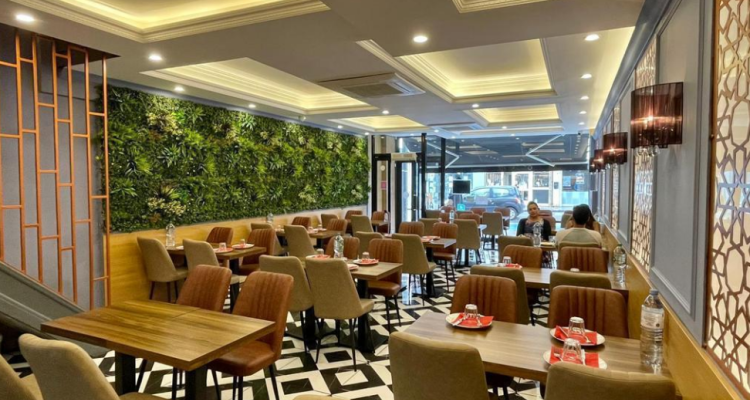 The best Indian restaurant in Tooting? It's certainly up there.

If you're after a cosy, casual lunch, Dosa N Chutny reigns superior. Specialising in the Indian pancakes that are its namesake, the dosas here are perfectly crispy on the outside while being deliciously soft and fragrant on the inside. But if that's not your thing, it rustles up a whole load of Sri Lankan and fusion fare; the chilli paneer starter is honestly out of this world and goes well alongside a mango lassi. It's also had a snazzy glow-up and now totes pretty, Instagrammable interiors. 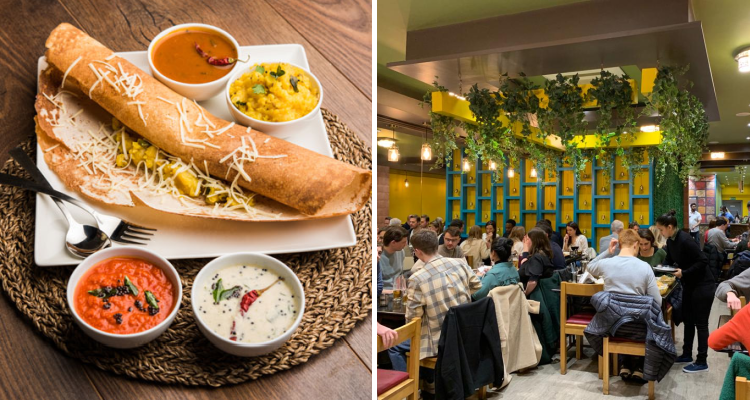 With a menu that won't break the bank, this is a top spot for a curry in a hurry.

Just a short walk from Tooting Broadway tube station, Radha Krishna Bhavan is a haven of South Indian flavours. The rustic-chic haunt is cosy and charming, with the beautiful smell of spices flowing throughout. On the menu, you’ll find all the usual staples, including chicken tikka masala and biriyanis, as well as a few exciting specialities, such as their Keralan fried chicken. And you won’t be going thirsty either, as they stock all kinds of delicious wines, beers and bubbles. 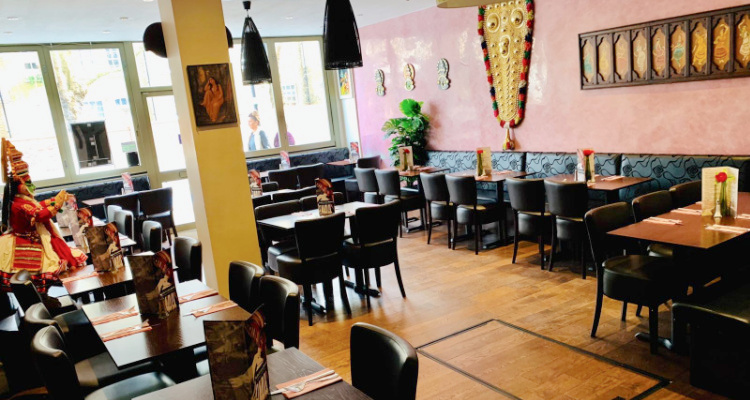 A meal at this one will certainly put you in a food korma.

Vijaya Krishna has garnered local fame for serving up some of the best South Indian plates around, with a focus on Keralan creations. Always busy and packed to the brim, usually with the after-work crowd, you'll never have a dahl evening here, as the restaurant has a lovely buzz any night of the week. While this place used to favour a more traditional look, it's now a cool and contemporary hangout for snazzy dinners out. And did we mention the super affordable prices? These guys will have you hooked in no time. 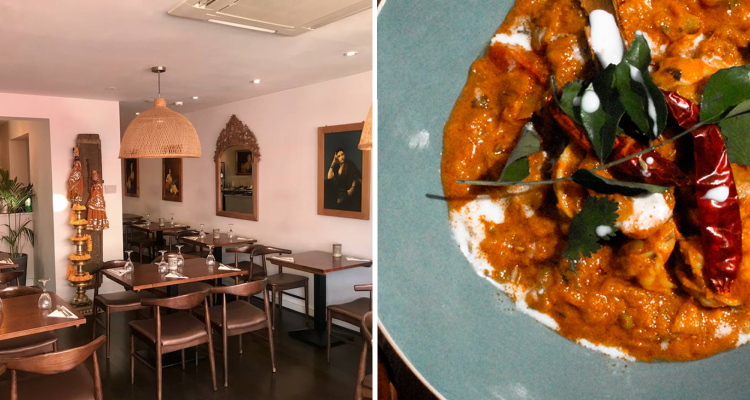 This one is sure to curry your favour, what with its delicious menu of tasty bites.

Ever had a life-changing curry? Now's your chance. Apollo Banana Leaf trumps many as the best place to get a curry in Tooting, championing authentic Sri Lankan cuisine to a tee. Alongside region-specific dishes, you'll be able to get your classics, such as korma, vindaloo and rogan. But, instead of rice, we recommend you opt for the egg kothu (kind of like stir-fried roti) - you can thank us later. 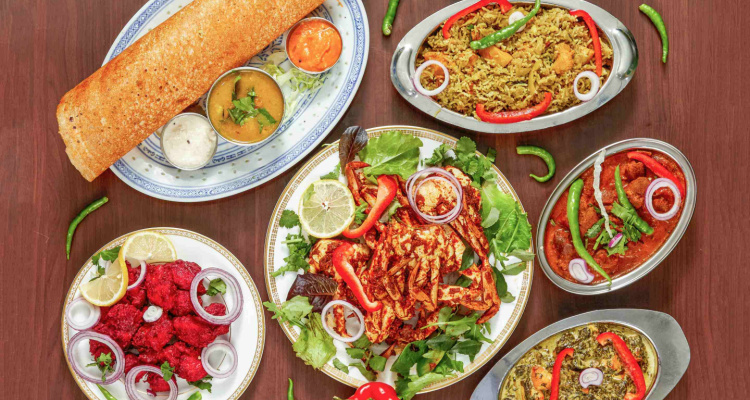 Another great shout for those on a budget, as they have a fab BYOB policy.

Samrat transports you to 70s India, featuring private booths sectioned off by ornate glass partitions. As it's a little further down Mitcham Road, this hidden gem doesn't have quite the same footfall as the others, which gives it a nice, calming ambience. The staff are all kind and attentive, while the curries are generous and different to anywhere else in the area. And if you fancy tucking into your grub at home, they also do one of the best curry takeaways in Tooting. 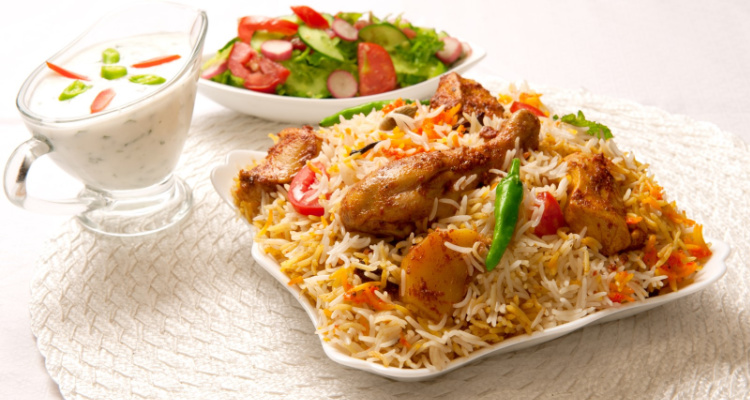 If you think you can handle the heat, go for the spicy naga aroma curry.

Looking to explore further afield? Discover the best Indian restaurants in London here and sign up to our newsletter.