Mountains Of Ragu And Free-flowing Parmesan - Have We Found Comfort Food Nirvana?

The evening of my trip to Berto I had needed to soften the blow of a pretty heavy defeat at my local pub quiz (as a disclaimer, by ‘soften the blow’ I mean drink a bottle of cheap red wine, and by ‘heavy defeat’ I mean the quizmaster actually whooped when we finally got one correct). So it’s safe to say my head was a little fuzzy, my heart a little heavy and my stomach in need of a big, cheesy, carby remedy when I arrived at Holloway Road's latest addition. 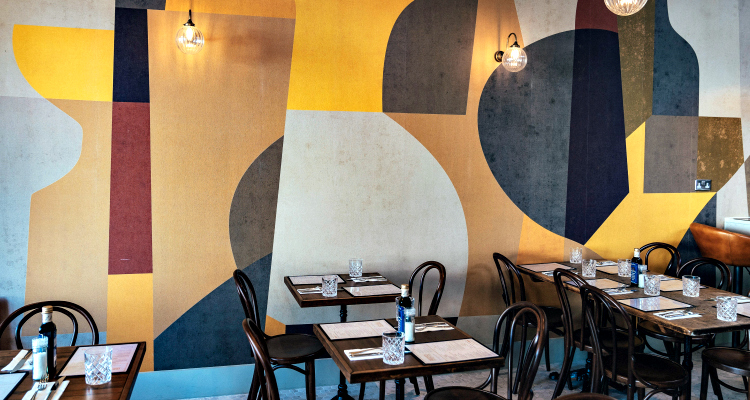 The Farrow and Ball wonderland that I thought only existed in my mum’s dreams.

Boasting first-day-of-school-shoe shininess, Berto’s eye-catching yellow exterior and steamed up windows are hard to miss. Inside, the same cheering aesthetic continues - the walls, which are adorned with Italian fare and jazzy Mediterranean mosaics, ooze contemporary trattoria vibes. Heading to the long marble bar which overlooks the open kitchen, we plumped for two high stools and readied ourselves for some pasta-in-pan action 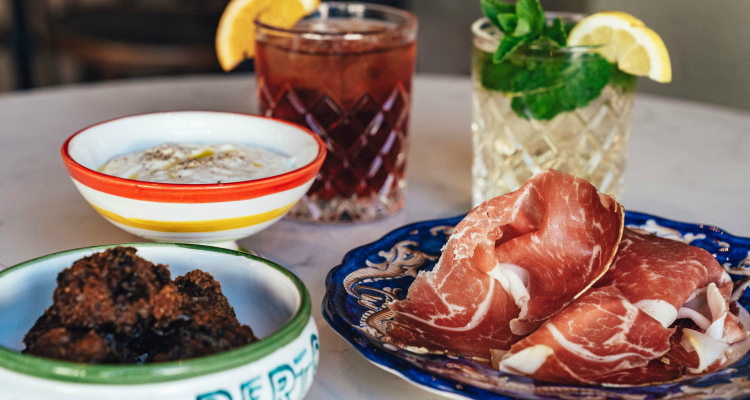 Complete with crockery almost too pretty to eat off, almost.

First up, two glasses of the Hugo (£6.50), a thirst-quenching prosecco, elderflower and mint spritzer, that was much nicer than the boys I have met of the same name. Followed by a delicate plate of sauteed Wye Valley asparagus (£4.50) and some fried aubergine and beef polpettine (£6). The not-quite-juicy-enough polpettine was made up for by the simply presented, but perfectly cooked asparagus which was generously garnished with melting parmesan shavings and lashings of black pepper.

For the main event, I opted for a bowl, ney mountain, of tagliatelle with slow-cooked beef ragu (£10). A sky-high pile of silky hand-crafted ribbons smothered in chunky ragu and parmesan cheese (served via tablespoon, to my delight) was everything I wanted it to be. Meanwhile, my veggie friend opted for the tonnarelli cacio & pepe (£9) which arrived in a rich pool of cheese and pepper - a carby cuddle and fair explanation as to why it’s Berto’s most oft-ordered dish. 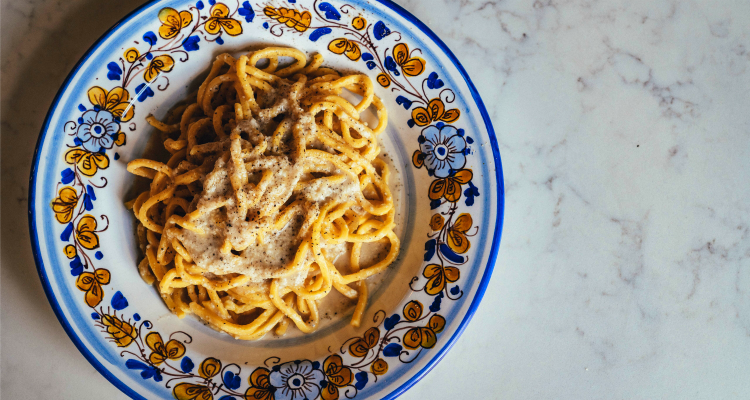 Reader, we weren’t going to have puddings, we really weren’t. That was until we saw a diner a few yards away dive into a fondente al cioccolato (£5.50), their fork easily slicing into the chocolate pud to reveal a gooey centre that was hotter than the sun and no doubt worth every.single.calorie. Richer than a certain orange-faced president, these babies were indulgent to the max, although could have perhaps benefited from a dollop of crème fraîche or gelato. Finally fuller than was comfortable, we bid our farewell to the cordial waiters and boarded the 43, already plotting our return.

A three-course feast complete with cocktails for less than £50? I am tortellini into it. Curing fuzzy heads and heavy hearts, Berto is the perfect place for a mid-week pick-me-up or a first date spot - and if they can’t handle the odd saucy chin dribble, they ain’t the one.