We Splurged On Dinner And A Dance Show At Levant

Levant is definitely of the old-school restaurant breed: floating candles, rose petals strewn everywhere, lascivious red uplighting and a troop of belly dancers with ‘bosoms larger than your head’. This central London spot was the first venture by Tony Kitous, the restaurant mogul who set up the Comptoir Libanais chain, credited by AA Gill as “bringing the glamour to Middle Eastern cuisine”.

With ornate metalwork, gold embroidery and regular belly boogieing, Levant has been doing the whole Arabian boudoir thing since 1993. Sure, it’s cheesy but sometimes you have to embrace the decorative baths filled with red gerberas and floating candles to enjoy some good old-fashioned entertainment with your meal. 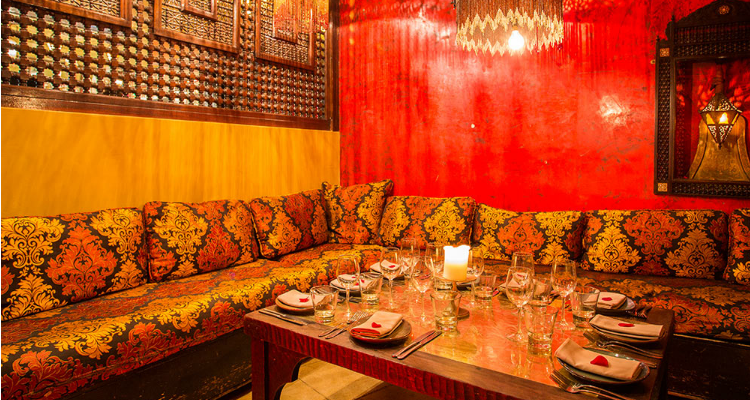 Just the right side of extravagant, Levant's interiors ooze opulence.

Cue the high decibel belly dancing music as not one, but four glamorous ladies descend upon us, torsos undulating for a 15-minute show. The diners’ reactions were a treat: some people looked as though they had been waiting their whole lives to step up for their belly dancing moment, while others were finding the whole thing unspeakably awkward. We didn’t stay late enough for the DJ to kick off, but I can only assume the Cristal was popping afterwards - it’s only £895.95 per magnum after all.

We started off with cocktails and indulged in some shamelessly kitsch numbers like Samra (£10.95), which sees cherry Marnier, Chambord, fresh raspberry and blackberry, mint and lime topped with champagne and served over crushed ice.

Without a doubt Levant serves some of the best Middle Eastern food I’ve eaten in London. We opted for the enticingly named ‘Feast Menu Three’ (£36.95 per person), which includes the full package - mezze starters, main courses and desserts. We’d purposefully fasted for the afternoon in anticipation of said feast and the wildly generous portions did not let us down in that regard. 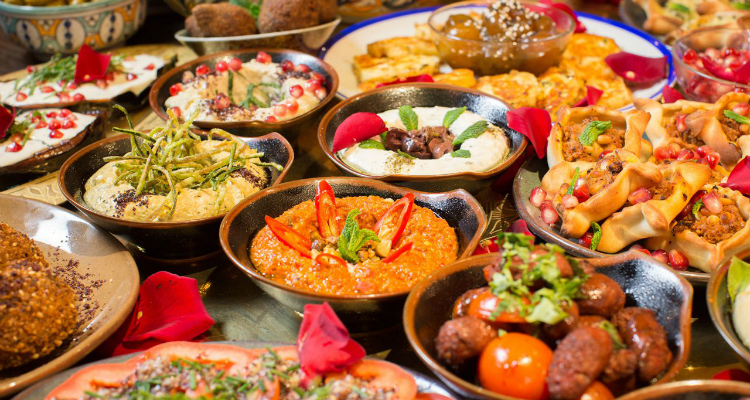 The mix of hot and cold mezze was divine, and probably the highlight of the night. We loved the kibbé lahmé  offered up parcels of lamb, pine nut and cracked wheat and the koussa bil tahini (courgette dip) was a fresh delight. As for the baba ghannouj, it was unctuous and smoky and went down a storm. For main course we were served mashawy, a meaty mix of lamb and chicken kaftas and succulent skewers, served with salad and traditional vermicelli rice. It was all cooked to perfection and I couldn’t begin to fathom how they made each individual grain of rice so tasty. By dessert, the baklava and Turkish Delight we were brought proved too much for us, even after the all day fast. An attempt was made, but we were so full by this point we couldn’t have eaten it all even if we’d tried.

If you fancy a night of Middle Eastern delight, Levant has got you covered. Yes, it’s cheesy and extravagant but it makes for a more than memorable evening. It might a bit pricey on the pocket for some, but those shimmying bosoms aren’t paying for themselves.

Food writer. “Not everyone can be a truffle. Most of us are potatoes. And a potato is a very good thing to be.”