Imperial Durbar isn't all that new, and it isn't all that 'secret', but it is a bar that's so tucked away in Tooting Bec that missing it would be easy. Escaping the bitter October winds outside, and a few trailing zombies from Halloween, I headed on into a space where the flavours and styles of everything from the Ceylon to the Hindu Kush are brought to live in both a decadent and down to earth fashion that it was hard to believe that South London could still be found outside.

Imperial Durbar have spared no expense when it comes to kitting out. From traditional tiling, palmed plants and vintage furniture to themed nooks and a boudoir with low, hessian seating that calls out to those craving a touch of tradition, it's a lot for the eyes to adjust to, because everything is just so detailed and thoughtfully composed. If Imperial Durbar doesn't hypnotise you, you frankly don't deserve it. 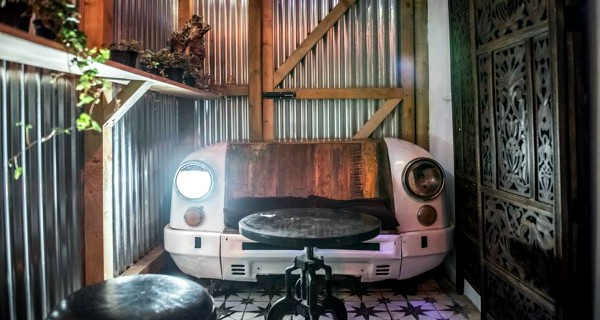 Imperial Durbar have committed to their themed like no other bar in London.

There's one thing that we learnt when visiting Imperial Durbar, and that's the art of giving up. And by 'giving up', I mean, giving up on restraining yourself. With such a wealth of gins, spiced drinks and food to choose from, don't be a sucker for self control here, we certainly weren't.

We started on a must-try at Imperial Durbar, and that's their giant gins at £11. Goblet sized and filled with flavours mixed in their very own apothecary laboratory, I opted for gin No.3, a taste of lemongrass and tamarind. Not only was the lemongrass subtle and interesting, the tamarind was enhanced by the splash of tonic for a flavour that even the gin-shy like me could learn to love.

Cocktails here have the same debonair approach that the gins have, and I found that all too prominent in my Masala Chai Martini at £8 with Durbar's own home-made chai, milk and Kahlua. Not only a drink that cut through the bite of my spice food perfectly, the plump flavours and home-made touch showed that cocktails at Imperial Durbar are just as much a treasure as the furniture.

The food at Imperial Durbar deserves a paragraph all its own. Calling out on a vintage telephone in a handmade, retro box, ordering food at Imperial Durbar means getting in touch with the takeaway down the road. This isn't any ol' takeaway however. One of the best new spots for Indian food in South London, Cardamom Club is slinky, it's geared to spices that are as close to home as possible, and it's a wonderland of authentic dishes. Arriving in silver tiffin boxes, identical to those that serve those of India their lunch on a daily basis, between us we shared the paneer tikka (£6.25), onion bhajis, garlic naan, pilau rice, the mixed vegetable curry (£7.95) and the madrasi fish curry with tamarind and curry leaves (£9.45).

When I lived at home, my parents had a little thing known as 'curry Wednesday', meaning I had my fair share of Indian takeaways. But not like this, certainly never like this. While the paneer tikka was marinaded to perfection with a subtle kick of spice and the onion bhajis light, crisp and lacking in the burden of an over-oil, my fish curry was full of flaked delight, tight on the tomato notes and bursting with quality. 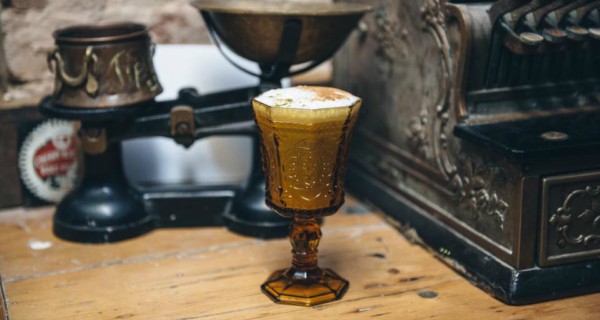 The cocktails at Imperial Durbar are both elegant and interesting.

Imperial Durbar is so much more than just a themed bar in London, I promise. It's actually a full on vault of far-flung furniture and spiced cocktails that give true meaning to its concept. Impressed with everything from the drinks down to the simple ingenuity of ordering in food from one of the best Indian takeaways in the south, it's a solid 12/10 from me.