As we head into the colder climes of Autumn, I made my way to the long-time chain institution of Soho, Ping Pong for dim sum, buns and cocktails.

Ping Pong has nine restaurants dotted across the city, but we made our way to the chain’s first location, Great Marlborough Street, for a post-work dinner. The restaurant - which stretches over two floors - is decked out in a quasi-sexy, discreet club vibe with dim lighting, black interiors and the odd nod or two to its Chinese origins. While fairly chic, it is the type of venue where you could imagine the cast of Made in Chelsea setting up camp, filming a very staged conversation about the group’s latest manufactured coupling. The ground level of the restaurant is structured around two bars which you can perch at and watch the chefs prep the food with other small tables dotted around while the lower ground floor features larger circular tables with bench-like seating better for group outings.

Ping Pong’s central location means that it’s a great stopping off spot for shoppers, workers and almost everyone in-between with a good mix of both small groups, couples and parents treating their grown children to a meal maintaining a lively atmosphere. The sharing nature of Ping Pong's menu lends itself well to both group outings and to formative dates in a fledgling relationship where you can bond and fight over who gets the third and final dumpling. The vibe is certainly casual with only the few patrons dressed up beyond their normal day-to-day wardrobe to enjoy the food on offer. 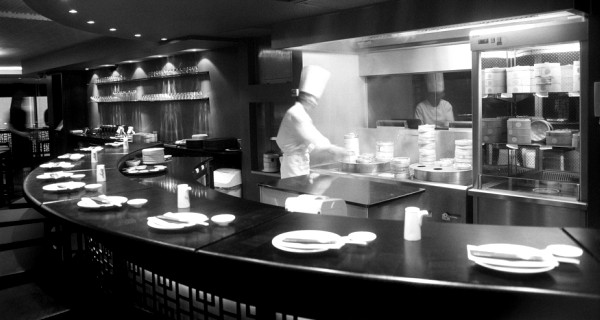 Ping Pong promises an authentic, if not cosmopolitan dining experience.

Ping Pong’s dim sum and bao selection is made with a group mentality in mind, with most of the menu’s items coming in sets of three (with some dishes coming with the option to add on 1 more for an added cost) so sharing is heavily encouraged. While there were several sharing menus available, we decided to cherry pick the dishes which most appealed from the main menu itself and ended up with a plentiful mix. Our attentive server, Fran helped us to effectively navigate the checklist ordering system and recommended several dishes along the way.

With tapas-like efficiency the dishes came out in no particular order with nibbles and heartier options all vying for space on our table. Our first serving was of the deliciously sweet roast pork puffs (£4.55), which tasted suspiciously like a Christmas-themed sausage roll, while the long stem broccoli (£3.95) side which we ordered came with an almost Twiglet-like sesame dip, both perfectly nice yet didn’t feel in keeping with the rest of the menu’s more delicate flavourings.

Dumpling wise we opted for the Har Gau (£4.40) and Golden Dumplings (£3.55), both were deliciously moreish and well seasoned well with a plentiful fillings. Arguably our favourite dishes of the evening were the sweet and pillowy bao buns, both of which were recommended to us by Fran. While the crispy duck bao (£15.95) is on the pricier side relative to the rest of the menu, it was definitely the pinnacle of our meal with the Char Siu bao (£4.10)  following suit in terms of flavour impact. A glutton to the core, I finished my meal with a highly unnecessary chocolate fondant (£4.55) which while not refined, had a molten lava core of cocoa which was ultimately very satisfying.

Ping Pong’s drink menu is varied with plenty of Chinese tea options and a healthy cocktail menu. While we had missed the happy hour which runs from 5-7pm, we still opted to try ordering a fairly strong Caipirinha and their signature Asian flavoured The Ping Pong with lychee which were both sweet and served with a flair. 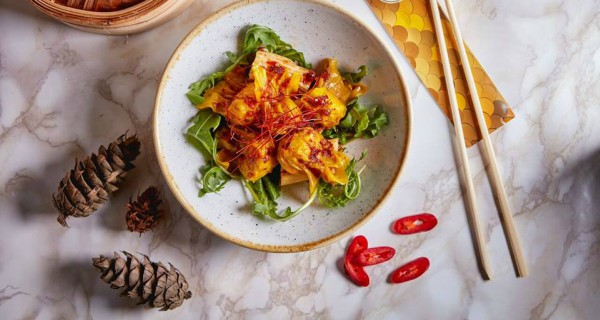 With all of the choice in Soho it is sometimes impossible to actually make any headway when faced with the question which restaurant to head to for an evening and even harder to find one which takes bookings.  While it feels almost like sacrilege to suggest heading to a chain when you have the likes of so many “best restaurant” list making venues nearby, sometimes you just have to go with something that you’re confident will satisfy all and Ping Pong certainly caters to that. The menu’s great breadth of choice and the nature of the ordering system make it a playful and ultimately tasty and good value destination for every occasion.