Stepping out from Old Street station can be a pretty daunting endeavour. Once you finally work out which of the gazillion exits to emerge from, you’re thrown into a tangle of roads, flashing signs and left with almost no idea what to do with yourself. But if you’re willing to brave the maze then just a quick skip away lies a safe haven in the midst of all the madness - Nightjar. 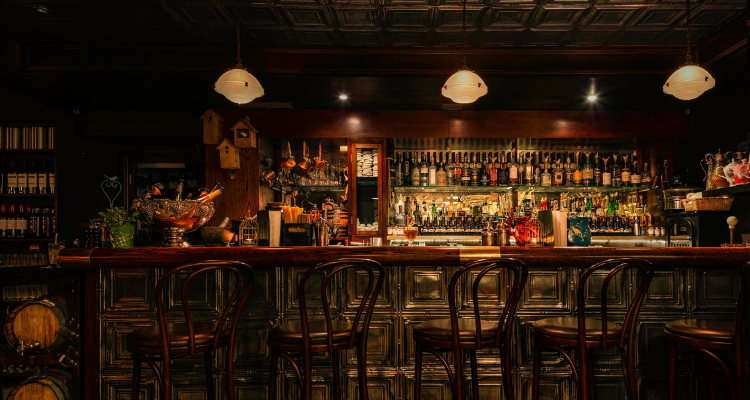 Slinky interiors without the fuss are de rigeur at East London's Nightjar.

Hidden behind an unobtrusive wooden door, the venue invites city-dwellers to descend the stairs into an illicit drinking scene of the 1920s. With candles and the glowing bar serving as the main sources of light, this atmospheric speakeasy is gimmick-free, relaxed and minimalist in appearance with exposed brick and dark wood furniture. It’s the ideal backdrop to let the drinks do the talking  - and they’ve got a helluva lot to say.

Inspired by the arts and crafts philosophy that gained popularity across Europe and South America around the turn of the 20th century, head bartender Antonio Pescatori and his team have dreamt up an eye-popping new cocktail menu. Honing in on exciting liqueurs and lesser-known bitters, these drinks are all about punchy flavour and playful artistry, from edible accompaniments to the flamboyant drinkware. The menu splits into three sections that offer a journey through the history of booze: there’s Pre-Prohibition, a varied mix of fruity and stronger blends, Prohibition, where you’ll find the hard stuff, and Post-War, which houses quirkier, tiki-style creations. 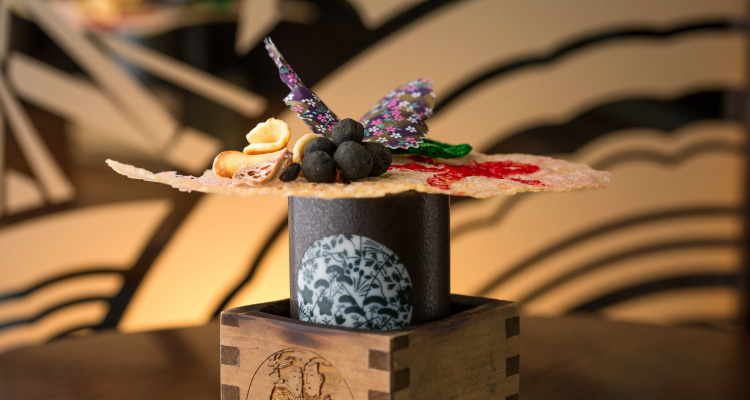 One for the 'gram: cocktails at this Old Street spot pack quite the visual punch.

We kicked things off with a Prohibition tipple: the Charleston Bracer (£14). A harsher, less creamy version of a pornstar martini, this marzipan-laced mix of rum, apricot beer and cherry liqueur was a feast for the senses. Dressed up with frosting and swirls of freeze dried passion fruit, it was visually stunning as well as providing a perfect storm of explosive flavours. We were informed that all of the eccentric garnishes lined across the entire back of the bar (shout out to the white chocolate lego men I caught a glimpse of) are designed to give the drinks a new dimension. This rang especially true of Tickle My Fancy (£14) from the Pre-Prohibition section, which came with a thin cone of cucumber encasing a dollop of creamy cheese. This worked wonders with the cocktail, as the rich cheese added a surprising new edge to the zesty gin mix, exaggerating some of the more dramatic ingredients, like the tongue tingling Electric Liqueur. 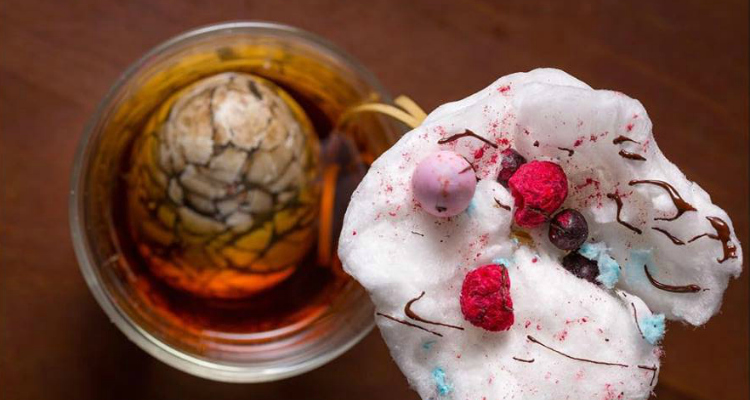 More than just a pretty face though, innovative ingredients lie at the heart of every Nightjar cocktail.

Next up was the R Kane Collins (£14), an undisputed crowd-pleaser from the Post-War segment, which really hits the spot if, like me, you’re fussy with your drinks but also wanting to be a little adventurous. Looking tropical in a mini barrel, the Pina Colada-esque cocktail combined pineapple rum with papaya infusion, finished off with a glug of kombucha. Intimidating to some, the bartenders’ bold move paid off as the kombucha provided a zingy fizz which lightened up the other ingredients, making for a refreshing endnote.

After all that drama, we were more than ready to throw some bar snacks into the mix. While I’m sure you’re all familiar with Fried Squid (£9), believe me when I say, this was something else. Far from a gastro-pub calamari, Nightjar’s rendition was simple but displayed the perfect combination of the softest squid, a light crispy coating and tangy lime mayo. We were also very fond of the Crab Chipa (£7), a fluffy delight made up of a soft bread base, topped with a mound of shredded crab and avocado bound in a creamy sauce. 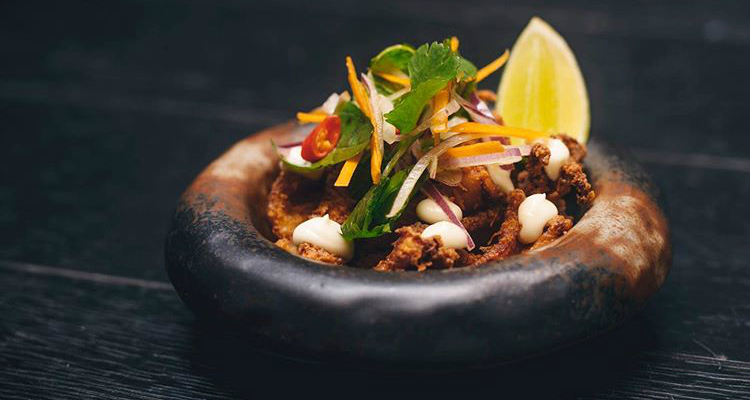 Get a taste of the bar's delicious galangal paste-covered fried squid or live to regret it.

Some cocktails are fruity, some are seasonal, and some would look more at home in an art gallery. The craftsmanship, highly-decorative look of the drinks and meticulous pairing of uncommon ingredients was nothing short of genius. Paired with the live jazz that fills the intimate space every evening, Nightjar mixes authentic speakeasy vibes with ultra innovative cocktails for a one-of-a-kind experience.