It’s not difficult to find good steak in London. In fact, it’s ridiculously easy to find good steak in London. From famed Argentinian hangouts on Broadway Market to plush and classic steakhouses in Mayfair, the choice in this city is enough to scare any cow silly. But in such a crowded and defined market, where does that leave somewhere like the super-slick STK at the ME London by Melia Hotel? On hearing of the launch of their new STK Lovers Menu, it felt like the right the time to finally find out for myself.

Located on the ground level of the acclaimed five-star hotel (also home to London’s swankiest and notoriously-exclusive sky-high hangout, Radio Rooftop), you’ll mark this restaurant’s cards almost immediately as you enter. Think white leather booths, purple neon strip-lighting, a DJ booth, plush bar and a Marbella-style that just won’t quit, all fused together with ME London’s signature VIP, no-expense-spared design. Though the initial vibe here might feel a little brash, it’s a world away from the stuffiness of more classic haunts, and that’s exactly how STK has carved itself a niche in the busy London restaurant scene.

Similarly to Radio Rooftop, the crowd here are young, fun and well turned out – and they are not adverse to the odd table selfie either. As such the atmosphere mirrors the crowd; it’s lively, it’s loud, and it’s happily helped along by a live DJ. Bring your friends, bring a date, but probably best not to bring your slightly-hard-of-hearing Mum – she’ll appreciate sitting this one out. 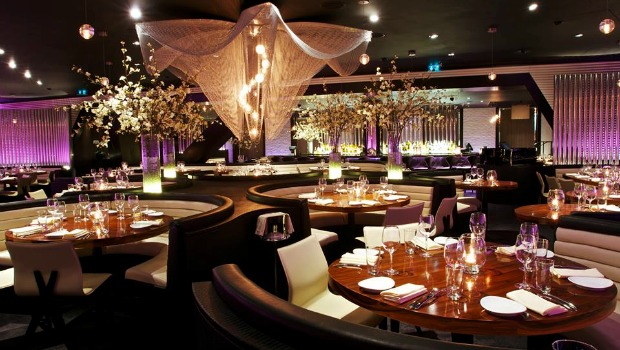 The regular menu at STK is massive, but we were here to try the recently launched STK Lovers Menu – comprising of three carefully thought-out set courses, for £49 per head.

The Beef Three Ways starter was a good way to kick off the night, made up of a hunk of coffee-cured beef, a compact-but-delicious beef slider and a soy-cured beef tartare. Served on a thin black slate plate, the cooked meat elements were succulent, flavourful and were clever enough to give you an idea of what the kitchen are capable of – but it’s the tartare that’s worth writing home about. The salt from the soy was perfectly balanced against the freshness of the raw meat, and though a slightly darker shade than you’d expect from your standard tartare, it’s a beautifully put together little dish.

Mains came in the form of USDA Sirloin Steak with Braised Short Rib, served with burnt onion puree, asparagus and mac ‘n’ cheese. Sirloin seems like an odd choice for a ‘steak lovers’ menu, and truthfully; it is. Though I wouldn’t have normally ordered this cut over a more tender option, the flavours were all there and the accompaniments worked well together, with the 48-hour marinated short rib and the oozing mac ‘n’ cheese being the strongest elements on the plate.

If I wasn’t full after the two first two courses, the New York Cheesecake was always going to finish me off. For £49 per head you wouldn’t expect these type of dishes - they’re generous and they’re cleverly created - with the dessert ending the night on a sweet but even (via a tangy mango sorbet) note. 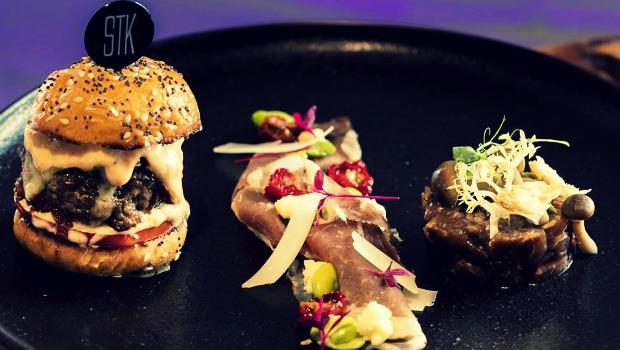 STK London is an ever-popular, sought-after restaurant in Central London – and it’s easy to see why. Aside from the value at under £50 a head for three courses at one of London’s most talked about dining spots, this place is fun, slick and definitely worth a visit for any steak lover in London.