Head Over Heels With Maribel: Our Review Of Richard Turner's New Restaurant

Birmingham is an exciting city right now, especially if your life revolves around eating and drinking. There’s the jaw-droppingly sexy Nocturnal Animals with its sushi and flavour maps, the country’s first meadery in the form of the Vanguard at 1000 Trades, and 40 St Paul’s has just scooped the title of the world’s best gin bar. But it’s one of the city’s original luminaries who is back, changing the dining scene for not just the Midlands, but the entire country. We traipsed over to Richard Turner’s Maribel to see if he’s still Birmingham’s golden child. 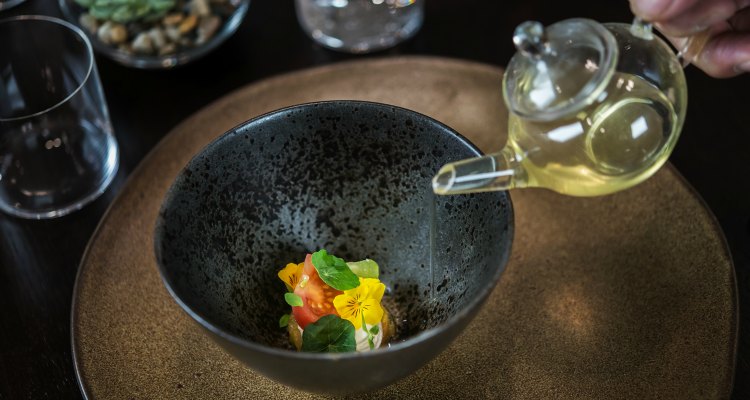 Richard Turner's menu is worthy of a love letter.

A man who is no stranger to excellence, Richard Turner also seemingly shirks accolades and slaps on the back, shutting his once Michelin-starred Turners at 69 with a Facebook post last year. Having once talked of simpler, more accessible dining, the chef is back to the finer things in life with Maribel, a glass-fronted, white and beige room that overlooks an office block in Brindleyplace. That’s not to say the place is characterless, but rather kept plain - this is afterall a simple backdrop to the main act: poetically beautiful food.

Self-taught Turner creates an ever-changing tasting menu that elevates seasonal British dining to the ranks of Shakespeare. Heading straight for a happy medium with six courses (£45 for four courses; £65 for 6; £85 for 8), we kick off our night with a duo of rhyming couplets in the form of four amuse-bouche. From the opening line, the theatrical skill in which Turner crafts is evident - a gasp of choux pastry filled with six-month-aged Gruyère, an utterance of tangy Bramley apple against a wisp of eel and chunk of pig’s head croquette, or a fleshy mussel in a smack of garlic soup. 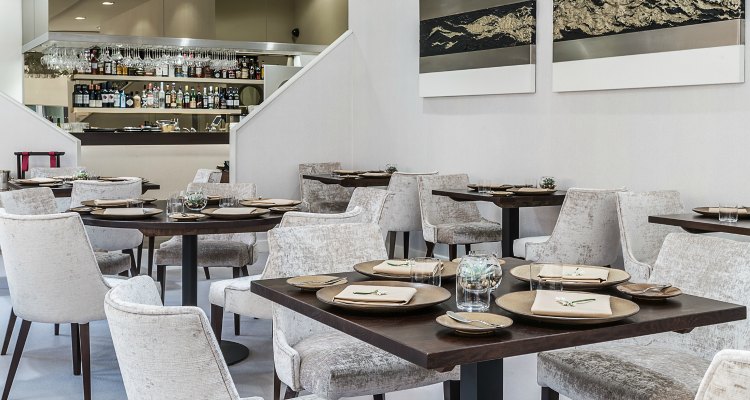 All eyes on the food: Maribel's decor is kept simple.

Every bite is the equivalent of intensely eyeballing the Mona Lisa, only this time I’m carving up the artwork and shoving it in my mouth. Boticelli’s Venus is frump-like compared to the arrival of our seashell on which a meaty scallop swims in white sauce, perched on top a bed of rich, shredded beef, adding depth to a light dish. Beetroot is given new life as a jelly-ish film encasing a smoky duck pate, the only clue of its former form is the plum colour. Even traditional treats are tarted up, such as the penultimate plate of an Eccles cake, given the Turner treatment with a feather light pastry, and a salty, soft dollop of blue cheese.

If you thought that Turner was done with one Michelin-starred restaurant, Maribel is here to convince you otherwise. Plates are sonnets to British dining, a love letter to eating, and put Birmingham firmly on the map as an extraordinary foodie city - don't be surprised if the starry accolades roll in very soon.